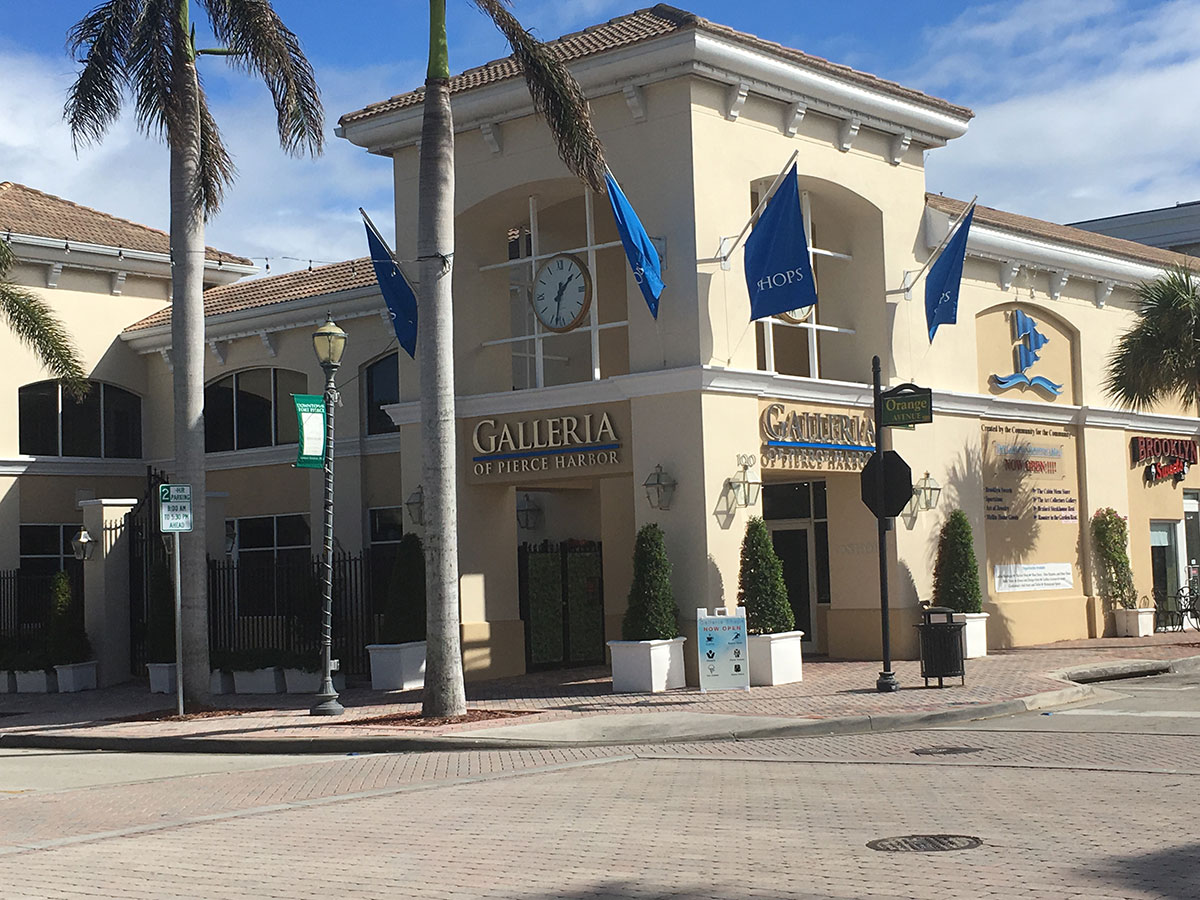 The restaurants will be located in the Galleria of Pierce Harbor in downtown Fort Pierce.

Two new restaurants are planned for Fort Pierce in a partnership that includes the Adams Ranch, a downtown Fort Pierce developer and a Vero Beach restaurateur.

The restaurants will be in downtown Fort Pierce at the Galleria of Pierce Harbor at the southeast corner of Second Street and Orange Avenue in Fort Pierce.

Gus Gutierrez, developer of the Galleria, said the restaurants are being developed in partnership with Adams Ranch Inc., whose home ranch is on Orange Avenue Extension west of Fort Pierce.

The partnership plans to open two restaurants at the Galleria: Rooster in the Garden and the Braford Steakhouse, both of which will feature Adams Ranch Natural Beef. The Braford is named for the cattle developed by the late Bud Adams. Plans are for Chris Bireley, owner of the popular Osceola Bistro in Vero Beach, to operate both eateries.

“We’ve got some of the best cattle in the country raised in our own backyard,’’ Bireley said. “Now we’ll be able to bring it to local tables.’’

The restaurants will have different concepts, Bireley explained. One will be a steakhouse and the other a farm-to-table restaurant that will serve food grown locally. “The restaurants will feed the community products grown and sold nationwide for years and will be located among a variety of amazing shops in the Galleria.’’ 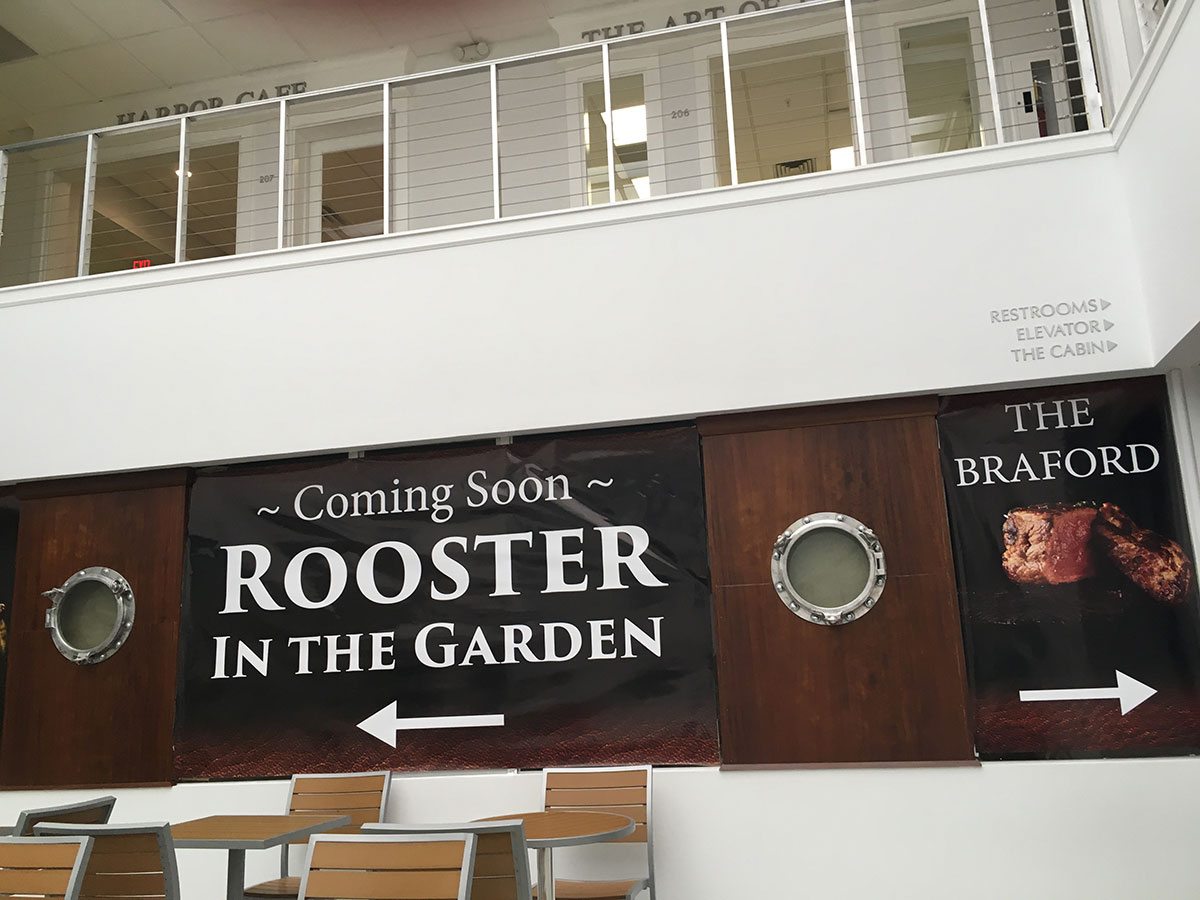 The atrium in the Galleria heralds the arrival of the new restaurants.

Gutierrez, who has renovated a succession of aging vacant buildings in downtown Fort Pierce and filled them with new tenants, said the restaurants are scheduled to open in mid-January. He said each will have its own kitchen, inside seating and courtyard and outdoor seating. The partnership also plans to seek permits for valet parking. Rooster in the Garden will face Orange Avenue and have its own entrance while the Braford will face Second Street and have its own entrance. The restaurants will have combined seating for 300 and can be utilized for events such as wedding receptions, Gutierrez said.

As developer of the 15-space building, Gutierrez said the restaurants fit his goal of using the Galleria to create a vibrant commercial district downtown.

“It’s a community boutique mall with local mom-and-pop operators introducing handcrafted goods to the community,” he said. “It goes back to the old Main Street community feel. We want places where people congregate in downtown. We want to bring downtown alive again and make it appealing to [shop], get lunch, get dinner and go to the theater.’’

Gutierrez approached the Adams family more than a year ago about partnering on the restaurants. “The family all agreed that this would be something really good for Fort Pierce and a way to feature at least one of our products,’’ said LeeAnn Simmons, corporate secretary of Adams Ranch Inc. and leader of its natural beef marketing efforts.

Simmons sees the restaurants as a way to promote Adams Ranch Natural Beef. The ranch traditionally has been a cow/calf operation, with calves being sold to feedlots once each reaches about 600 pounds. But for the past few years, the ranch has been transitioning part of its operation toward raising calves to maturity and harvest them. The Natural Beef program allows Adams Ranch to oversee the production of its beef from beginning to end while also increasing profitability by selling its product at the end of the production line, eliminating the middleman.

The cattle raised through the Adams Ranch Natural Beef program meet natural certifications from the U.S. Department of Agriculture and do not receive growth hormones, antibiotics or steroids. They are pasture-raised with no animal byproducts in their feed. Because the beef is raised and processed in Florida, it carries the Florida Department of Agriculture’s “Fresh From Florida’’ label.