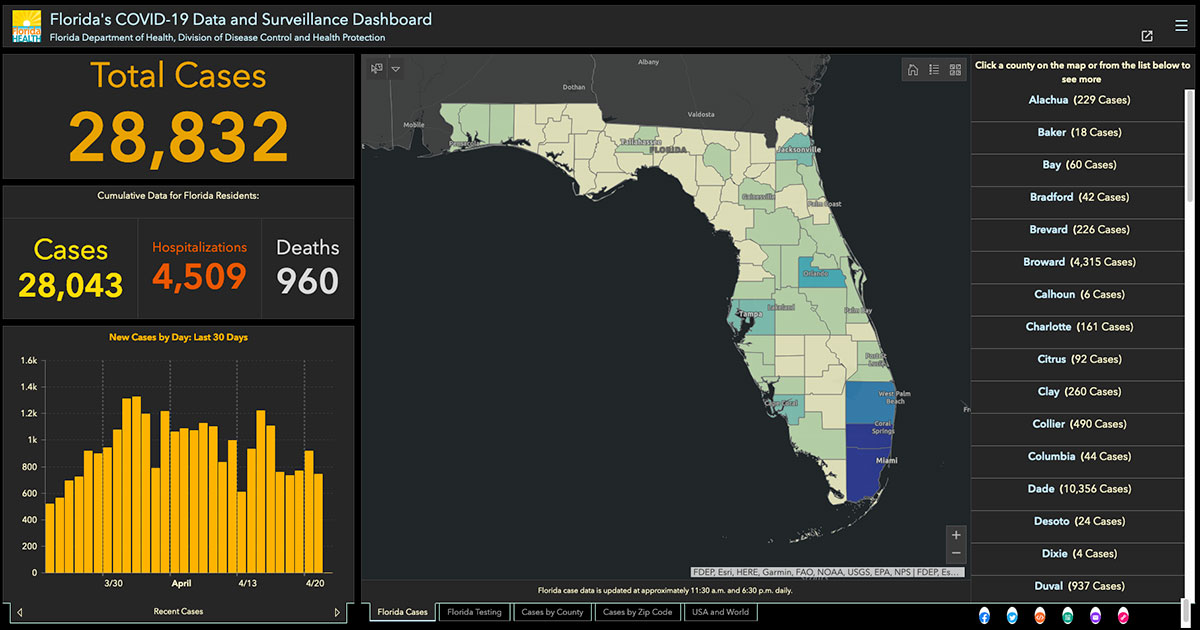 Three more deaths from COVID-19 were reported over the last day on the Treasure Coast, where two of the region’s counties have a higher mortality rate than the state and national averages.

Florida has a mortality rate of 3.24 percent while the U.S. mortality rate is 5.62 percent. Mortality rate figures are often challenged because they only account for confirmed cases, and many people with coronavirus do not show symptoms.

The number of COVID-19 cases on the Treasure Coast ticked up slightly over the last day after a three-day slowdown. St. Lucie had an additional nine confirmed cases, Martin three more cases and Indiian River one additional case.

Florida had its largest one-day death increase today, with 93 additional deaths for a total of 960. The state has a total of 28,832 cases.