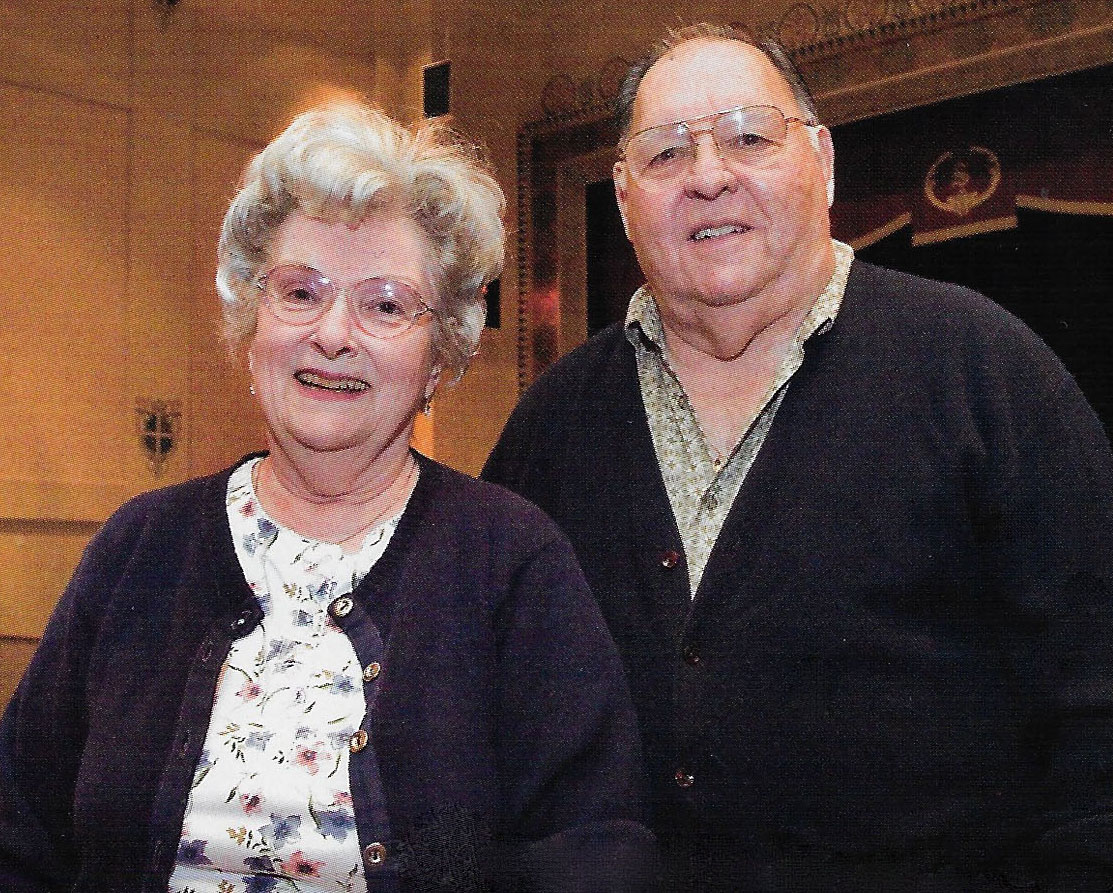 Believe it or not, Fort Pierce enjoyed a golden age of opera.

Beginning in 1979 and lasting three decades, this city was home to the Treasure Coast Opera, which produced three or four operas every winter season and a musical or two many summers.

It endured through the efforts of Carlos Barrena, a former opera singer who arrived here to help manage Fort Pierce Jai Alai, and Anne Abood, up until then a housewife and piano teacher.

Though the opera has been silent for nearly a decade, this glorious chapter in the city’s musical history was finally closed with the death Jan. 12 of Anne at the age of 89. Carlos had died in 2014 at the age of 86.

Fort Pierce’s opera age started when Carlos arrived in town in the late 1970s and was asked to give voice lessons at Indian River Community College, now known as Indian River State College.

Before long, he had more than a dozen students, mostly music teachers or church musicians, who persuaded him to form an opera company. One of those was Anne, then 50.

The group began producing operas in the boxy St. Lucie County Civic Center, with the first one, La Boheme, performed on Dec. 8, 1979, featuring Carlos in the major tenor role. Initially, Anne served as piano accompanist, but within a few years under Carlos’ vocal coaching, was on stage performing the principal soprano roles for operas such as Elixir of Love, La Boheme, Madama Butterfly and Die Fledermaus.

Dealing with the illness of her husband, Sheffield, and his eventual death from cancer, Anne said opera changed her life in ways she never imagined. “Back then I was a small-town mother of four with piano students,’’ she told me in a 2007 interview for an article appearing in one of our first issues of Indian River Magazine. “This was a whole new world for me.’’

It was only the second act in what would become a multi-dimensional life in music. A child piano prodigy who could sight read by the age of 4, Anne married early and sidelined her musical ambitions as she raised her family. Return visits to her native Pennsylvania every summer enabled her to receive her music degree from Misericordia University. Back on the Treasure Coast, she provided private music lessons while also teaching music at St. Edward’s School in Vero Beach and playing organ at St. Andrew’s Episcopal Church in Fort Pierce.

The Treasure Coast Opera was just another layer in her musical life that she shared with the wider community. Carlos brought singers from New York — he’d audition them annually in New York — yet each opera was a genuine local effort produced with Anne, who led a corps of volunteers helping with sets, makeup, costumes and ticket sales. The opera’s choruses were also comprised largely of volunteers.

Carlos and Anne gave up their own singing roles after 1994 but continued to run the opera’s administrative operations from a small office at the rear of the Sunrise Shopping Center. They were the perfect team. Carlos was possessed of a fiery artistic temperament and had an uncompromising vision for producing the next opera that could easily ruffle feathers while Anne could easily smooth things over, providing the perfect counterbalance through her gift of diplomacy and exhibition of courtesy, grace and clarity of thought.

Though most of the opera’s seasons were performed at the St. Lucie County Civic Center, a challenging venue for such an endeavor, the opera enjoyed a few glorious seasons after the Sunrise Theatre was renovated and reopened in 2006 after 30 years of being shuttered. But the good times weren’t to last. As Florida’s 2008 recession approached, getting through each season was a challenge, with funding from patrons and foundations drying up. With deficits in later years covered by Carlos’ credit cards, the opera closed unceremoniously after the 2010 season.

You would think that was the finale in Anne’s creative life. But it wasn’t. In her mid-80s, she returned to writing a historical novel she had begun as a young mother. It was based on the life and love of Beethoven and Countess Marie Erdody, whom some scholars believe was the composer’s immortal beloved.

When Anne found out our company was producing books, she called me and asked if we would publish hers. The result was her 703-page novel, The Promethean, published in both hard and soft cover in 2016. That such a prodigious undertaking was accomplished well into her 80s is part of her other-worldliness, her daughter, Mimi Abood Drew, wrote in the foreword to the book. Mimi’s foreword summarized Anne’s life better than I ever could.

“Because of her interest in the larger world, and the touch of magic she carries, she endowed all of us with an appreciation of the finer things in life,’’ Mimi wrote. “Not just art and music, but a belief that we are here to do great things, and to live our lives in trying to make the world a better place.’’