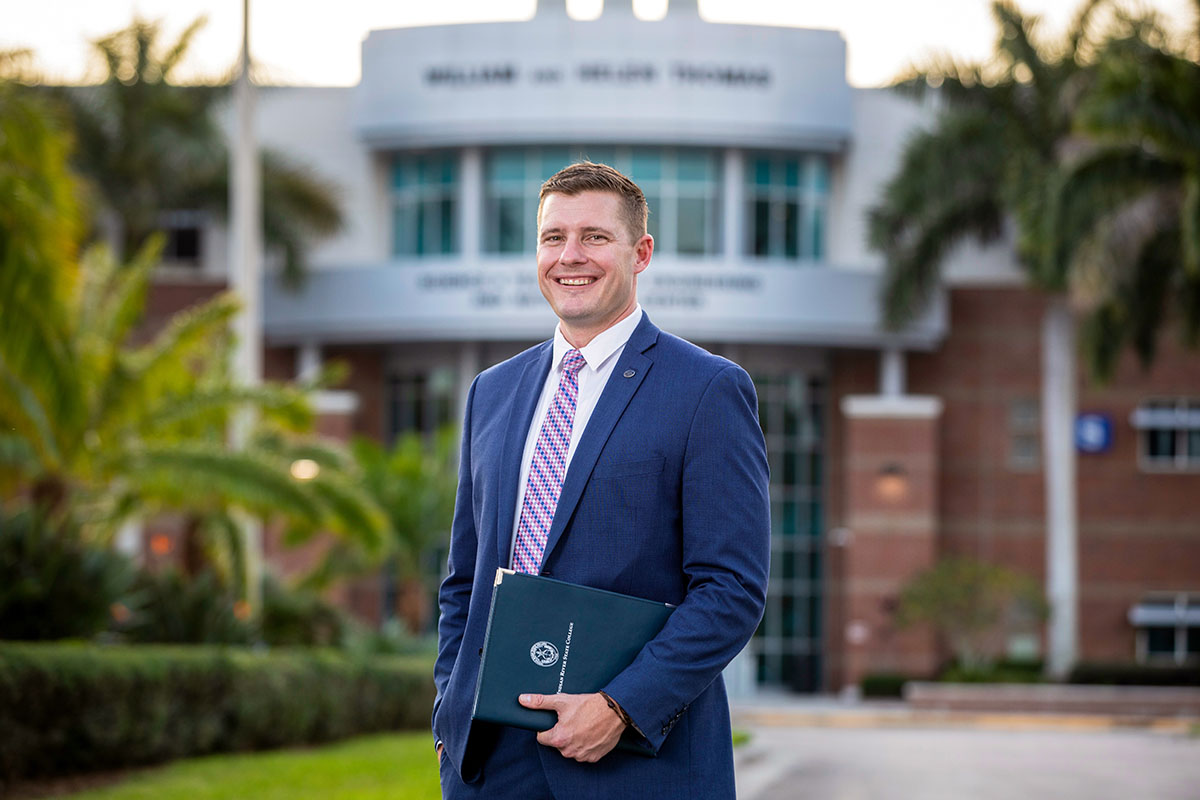 He lists only five jobs on his resume, including one that lasted only six months. He has worked in the upper echelons of Indian River State College for more than a decade, but has no real leadership background.

So, Andrew Treadwell’s promotion in September to president of the Pruitt Campus in St. Lucie West might have come as a surprise to some observers.

Yet no one who has worked with Treadwell has any doubts about the board of trustees’ choice out of 50 national candidates for the job.

Treadwell, 41, has a very different style than his predecessor, Harvey Arnold, who retired in June after 17 years as campus president. Treadwell exudes a youthful, humorous and enthusiastic presence. By his own admission, he takes a lighthearted approach to running IRSC’s largest campus. Yet that cavalier impression is overwhelmed by his passion for the college and his determination to succeed in his new position.

“I think it was a great decision to name him president of the Pruitt Campus,” Massey said. “The jobs he’s had through the President’s Office … have exposed him to many facets of IRSC. He’s a very well-qualified candidate.

“He’s excellent with people, a hard worker and he believes strongly in the state college mission. He’s well thought of in the community. So, he was the best choice and I think he’ll do a great job. Andy has a presence and the leadership ability to take it to the next level. His humor and attitude will be an advantage to everything he does.”

Treadwell spent from 2009 until June in a number of roles in the President’s Office, from writing speeches, to advising on policy strategies, drafting formal messaging and communications. During his tenure, he oversaw the creation of 11 State of the College addresses.

Along with higher education, Treadwell has had a long love affair with politics. Shortly after graduating from the University of Florida in 2003, he worked for a lobbying firm coordinating the Rally on Tally, a large campaign effort to support the continuation of state Sen. Ken Pruitt’s Bright Futures scholarship program.

He quickly transitioned from lobbying to working directly for the senator.

“Boy, you’re going to come work for me,” he remembered Pruitt informing him.

He ran the senate president’s Port St. Lucie office for four years. Apart from preparing a steady stream of news releases, op/ed pieces, talking points and speeches, Treadwell served as lead person on all legislation filed by Pruitt. One of those he recalled well was the push to allow IRSC to award four-year baccalaureate degrees.

“Ken gave me my first start,” Treadwell recalled. “He took me under his wing, taught me all the ropes. Ken always believed in me and encouraged me to go higher and higher. We still talk several times a week. I still think of him and his family as the first family of Port St. Lucie. Great people.

“So, being named president of the campus that bears his name was an incredible honor.”

For his part, Pruitt is enthusiastic about Treadwell’s new role at IRSC.

“Dr. Moore couldn’t have made a better choice,” he said. “Andy is a public servant; he puts everyone else first, he does all he can to elevate the prosperity of others. So, he’s a natural leader, it’s in his DNA. Andy is going to bring that campus to new heights.”

“He was on the front lines when I was senate president,” he said. That’s as bare knuckles as it gets. He’s seen what it takes to advance a cause. He has the political acumen to navigate turbulent waters. That’s very unusual.

“You have to understand politics to make public policy. It’s very unusual for someone to have both [abilities] like Andy does. He’s not cynical or jaundiced. He takes his position — but not himself — seriously. It’s not about him, it’s about the institution. He’ll always put that first and foremost, and that’s a forgotten commodity these days.”

Rather like Pruitt had done in 2004, Massey recruited Treadwell to come work for him in 2009.

“I was his utility infielder,” Treadwell recalled. “I wrote speeches, crafted State of the College addresses. I was available for whatever he needed.”

Treadwell served as Massey’s executive assistant from 2009 until 2014; he became administrative director of legislative and executive communication from 2014 until 2020. He was named chief of staff during the last months of Massey’s tenure.

During the final year of Massey’s presidency, Treadwell was awarded the college’s highest honor, the President’s Cup.

When Moore took over as college president in September  2020, Treadwell continued in the chief of staff role until September, when he was named president of the Pruitt Campus in St. Lucie West.

“IRSC campus presidents serve in our communities as lead ambassadors of the college,” Moore said at the time. “I look forward to seeing the tremendous impact Andy will have as the Pruitt Campus president. He brings a wealth of insight and experience essential to this vital role at IRSC.”

“He has a very different approach and has pushed me into new things and helped me grow,” he said.

Along with meeting many people on campus and out in the community, he’s becoming well-versed in some of the more mundane aspects of running a college campus with 9,000 students. That includes knowing far too much about keeping the toilets flushing and spending part of his Thanksgiving break working with Florida Power & Light officials pinpointing power outages caused by heavy rains.

“I’ve worked under very powerful leaders and this is my first opportunity to make decisions, and there are so many practical and operational decisions to be made, but I’m loving every minute,” Treadwell said.

The Pruitt Campus is poised for major growth in the next 12 months or so. The School of Nursing will relocate there from the main campus in Fort Pierce. Eventually, Treadwell hopes the Nursing Department will expand from its 130-150 graduates a year to more than 300, which will help supply some of the 60,000 trained nurses Florida will need by 2035.

In December, Treadwell unveiled formal plans for the new Veterans Center of Excellence to be housed in the Schreiber Center. This is intended as a hub for veteran students and job retraining after their military service, one of Moore’s key initiatives.

Treadwell also expects to be spending much of his time in the community, in particular working with the Economic Development Council of St. Lucie County, where he once held a six-month vice president position back in the early 2000s.

He noted the blistering pace of new commercial development in St. Lucie County and is determined to make sure the college is ready to build a pipeline of trained workers for the expected employment surge.

As for Treadwell’s future aspirations, he mused on becoming president of a state college within the next decade. He also harbors an old itch to run for political office someday.

Whatever route Treadwell takes and wherever his passions lead him, his No. 1 priority is family.

“My parents and my wife, Katie, are my inspiration,” he said. “I love the college and my career but there’s no more joy for me than seeing my children and wife do well. Everything else comes second.”

Treadwell is a young-at-heart leader who has a very bright future ahead of him. Under his watch, the Pruitt Campus seems destined for great things. 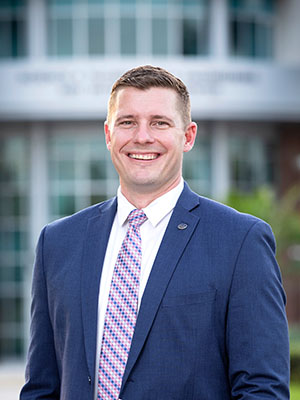