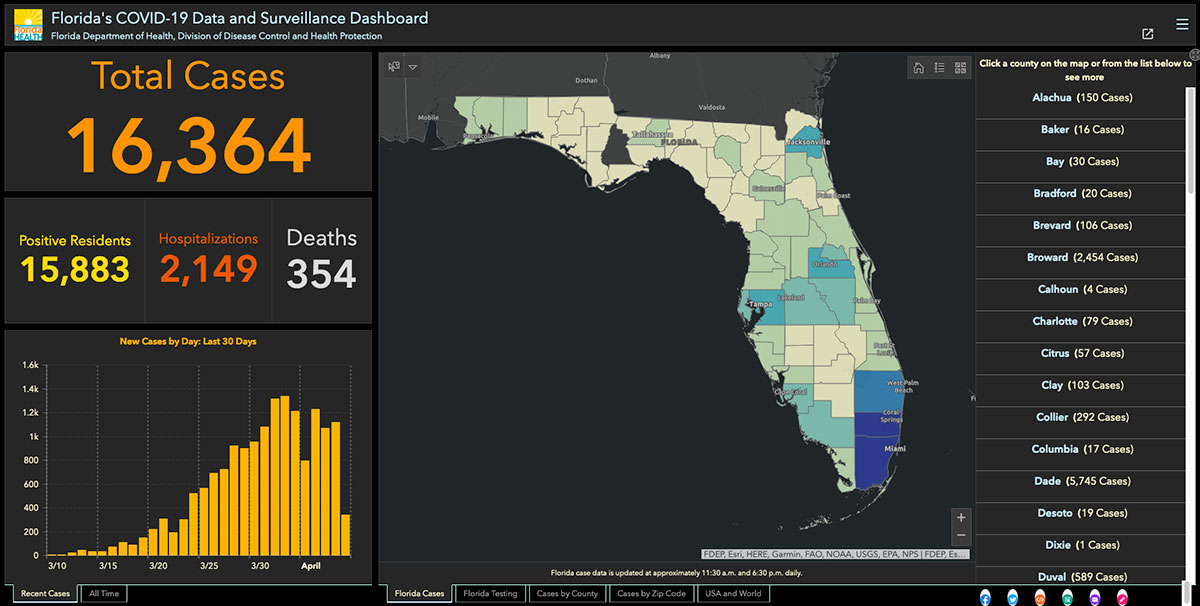 Today’s report from the Florida Department of Health showed the Treasure Coast continuing to come off its high of additional cases achieved four days ago.

In a comparison of daytime reports from the Department of Health, the Treasure Coast had the highest number of cases, 51, on April 6, but has reported fewer additional cases since then.

Port St. Lucie leads Treasure Coast cities in case numbers, with 101, followed by Stuart with 56, Vero Beach with 50, Fort Pierce with 28, Palm City with 21, Jensen Beach with 8 and Sebastian with 5.

See a breakdown by zip code