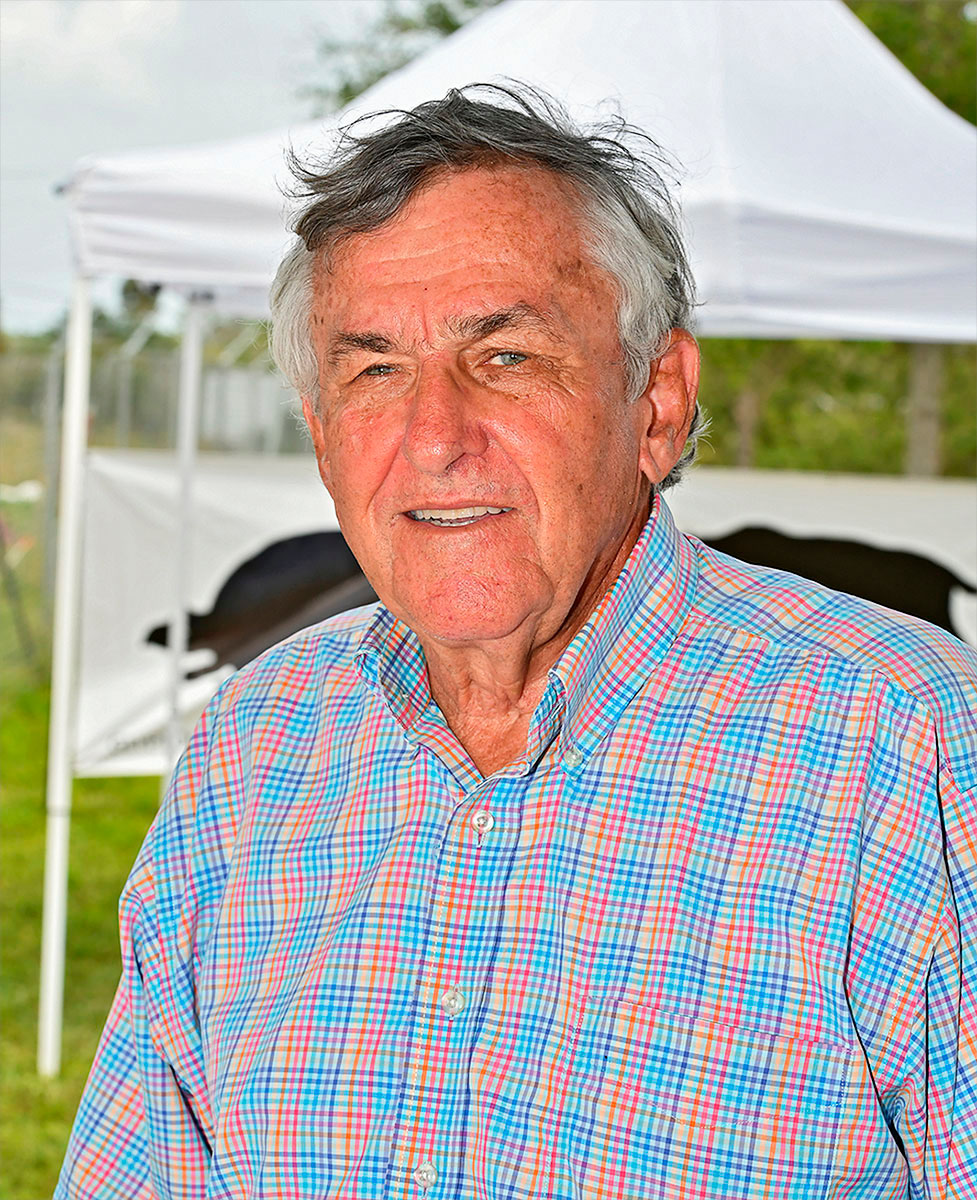 The ongoing saga of Vero man, the ancient human remains unearthed near a local drainage canal a century ago, gets skillful treatment in a new book by longtime Vero Beach resident and author Rody Johnson.

In An Ice Age Mystery: Unearthing the Secrets of the Old Vero Site, Johnson writes about the dramatic but then almost forgotten discovery by a Vero farmer named Frank Ayers, who was poking around the newly dredged Main Canal on the northern edge of town when he found some bones that didn’t appear to be those of animals.

That was in 1915, when Vero was barely a dot on the map, but Ayers’ find — and the questions it raised — soon attracted the attention of the national media and scientists from around the world. A state geologist who investigated the site found additional human remains beneath previously undisturbed soil, indicating the fossils might have been there since antiquity.

Prevailing wisdom had it that Homo sapiens came to the Western Hemisphere relatively recently, by geological standards, perhaps 6,000 years ago. However, the human bones at Vero lay near those of late Ice Age mammals, such as the mammoth, saber-tooth tiger and a large armadillo, indicating the human bones might also date back to antiquity.

Johnson writes about reaction in the press, with some writers suggesting the site might be the biblical Garden of Eden and the bones those of Adam and Eve.

In 1916, a Washington Post columnist referred to Florida as the “happy hunting grounds of the modern rich.”

“It also holds in its venerable bosom the earliest and prehistoric man,” the columnist wrote. “Scientists are alert and fully agog. Six are already scurrying to the site of the find, intent on interviewing the remains.”

In the scientific community, reaction was mixed. A Smithsonian researcher became a notable naysayer who never wavered in his belief that the fossils were of Indians who populated the area a few thousand years ago. As Johnson put it, another Smithsonian scientist, W.H. Holmes, put the “dagger in the heart of Vero’s antiquity-of-man theory.” Holmes said anyone who believed the bones were ancient was dead wrong.

“Illegitimate determinations have been insinuating themselves into the sacred confines of science and history,” Holmes wrote in the journal Science.

But Holmes’ flowery pronouncement, in 1917, was hardly the last word on the subject. Johnson takes the reader through the ensuing decades, when Ice Age fossils were discovered in Melbourne, Titusville and sites in north Florida and when radiocarbon dating developed in the postwar era made it possible to more accurately determine the age of fossils.

Then, in the 21st century, two pivotal events took place that reignited interest in Vero man. The City of Vero Beach planned to build a stormwater treatment plant on the site, and a local fossil hunter found a bone with a carving on it determined to be ancient. Newspaper headlines called it “the oldest art in the Americas.” The city held off on the building plan, and residents organized the Old Vero Ice Age Sites Committee, known as OVIASC, to support renewed archaeological digs. Johnson and his wife, Tommye, became active members.

The first dig was conducted in 2014. At this writing, the fourth one, led by scientists from Harbor Branch Oceanographic Institute in partnership with OVIASC, was about to wind down. The season for archaeological exploration at the site extends through the typically dry season of January through April.

Johnson succeeded in what must be a difficult task for an author: writing a science book for a general audience that scientists will respect and science dummies like me can read with ease. He writes clearly about arcane topics like “overburden,” the soil or rock that sits atop a dig site, and his glossary is a helpful tool for readers.

He weaves Vero history into his story, tracing the development of the nearby airport, for example, and includes a chapter on a makeshift tourist attraction called Tarzan Park that an enterprising “geologist” opened near the site in 1932. Admission was 25 cents. A photo shows the park entrance enticing visitors with cardboard cutouts of an Indian hoisting a good-size rock in an effort to fend off a lunging saber-tooth tiger that is standing on its hind legs. Tarzan Park closed in 1935.

With a degree in engineering and an MBA, Johnson worked in aerospace project management before retiring to write full time. As with an earlier book he wrote about wind energy, Johnson knew nothing about archaeological when he began his research, though he had heard vague rumors about Vero man when he was growing up. He was determined to learn, so his research took him to key archaeological sites, such as the famed La Brea Tar Pits in Los Angeles, where human bones had also been found near fossils of Ice Age mammals.

“The research was tough going,” he says. “I discovered that archaeologists are unique characters who rarely agree with each other on anything.”

But Johnson obviously learned a great deal about his topic. He tells an interesting story, one that will not end as long as people ponder the mysteries of antiquity.

An Ice Age Mystery:
Unearthing the Secrets of the Old Vero Site 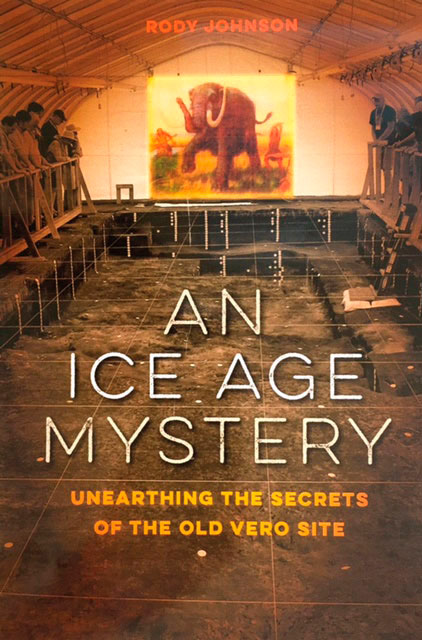