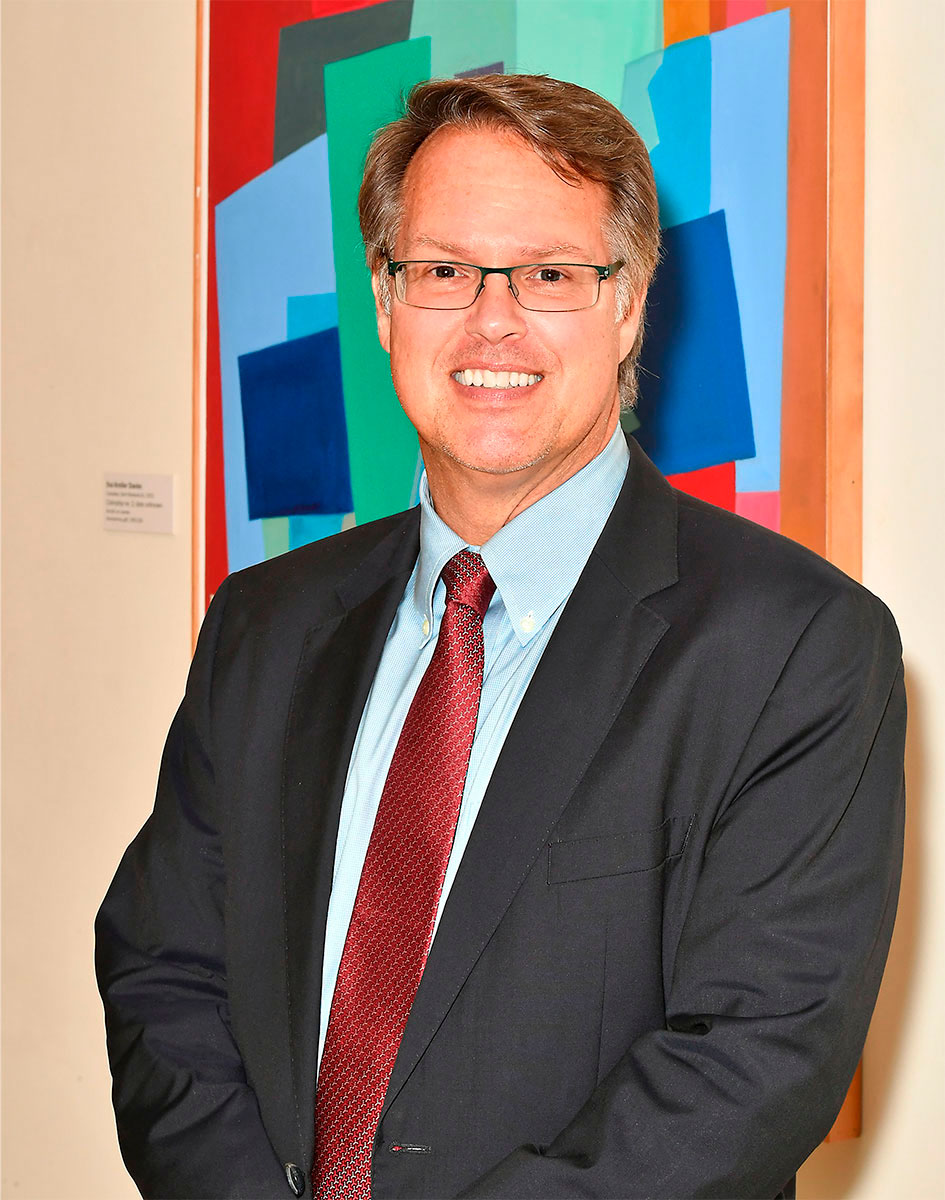 Brady Roberts, 52, is the new executive director and CEO of the Vero Beach Museum of Art. Roberts was formerly the chief curator of the Milwaukee Art Museum. ED DRONDOSKI PHOTO

Brady Roberts knows he is in an enviable position.

As the new executive director and CEO of the Vero Beach Museum of Art, he is taking the helm of a small city museum that hardly fits that description, due to its community involvement and sound financial footing that allows it to bring in exhibitions and programs of national caliber.

Roberts left his chief curator position at the Milwaukee Art Museum in October to take over the directorship of the museum from Lucinda Gedeon, who retired after 12 years as its director.

“I came at an opportune time with Cindy leading a very successful $10 million capital campaign and the back of the house poised to do some great exhibitions,” Roberts says. That “very healthy financial situation” is one that is rare for small museums.

“They are two very different kinds of museums,” says Roberts, whose curatorial skills launched several notable exhibitions during his seven years in Milwaukee. “The Milwaukee Art Museum is four times bigger than Vero Beach Museum of Art, but its endowment was smaller.”

In addition, the VBMA has a permanent collection of 1,000 works, while the Milwaukee Art Museum has more than 25,000 works.

Roberts, 52, sees his mission as guiding the museum in its next phase as it expands its permanent collection and continues its commitment to community involvement.

“Now I am involved with planning where the museum is going and what it will look like in the next five to 20 years. I want to see what is working well and what needs tweaking.”

Roberts was chosen unanimously from a field of 12 candidates by the museum’s board following a six-month search. His first order of business is his own nationwide search for a new curator, filling the spot vacated by Jay Williams, who retired in October.

Roberts first visited the museum 20 years ago, when he was invited to lecture. It was a much different institution then, an art museum that came together because local art lovers felt the community was lacking in cultural vibrancy. Now, it is a nationally accredited institution with the ability to mount major exhibitions and bring in complicated works of art, such as its latest exhibition of Deborah Butterfield’s life-sized wood, bronze and steel equine sculptures. The museum attracts 80,000 visitors annually, no small feat for a city of 15,000.

“I had an understanding that this was not a typical small town on the Florida coast,” he says. “Nor was the museum the typical small-town museum. My understanding was enhanced by spending a lot of time with a number of board members, and I felt very prepared to come here.”

As chief curator for seven years at the Milwaukee Art Museum, he organized a major retrospective on Wassily Kandinsky, the seminal influence of abstraction in art, with the Centre Pompidou in Paris and was involved in the museum’s $34 million capital campaign for the museum’s renovation and reinstallation of its permanent works.

Prior to that, he was chief curator for the Evo Gallery in Santa Fe, N.M., and curator of modern and contemporary art at the Phoenix Art Museum, following positions at two Iowa museums, the Dubuque Museum of Art and the Figge Art Museum in Davenport.

His plans for the VBMA’s future include instituting programs that attract the area’s year-round residents. “We have a very robust program during the season,” he says. “But we want to make sure that we are reaching out to everyone, to let them know the museum is here.”

And, while the museum is sound financially — the recent $10 million campaign brought the museum’s endowment to $26 million — the museum depends on state funding and is faced with budget cuts that threaten its outreach and educational programs.

“What we do reaches so many people in the community,” he says. “What we offer is important, not frivolous, and needs to be maintained. That is a primary concern.”

Another focus will be adding to the museum’s permanent collection.

“It is a young collection with about 1,000 works of late 19th- and early 20th-century American art,” he notes. While the art market is always competitive, Roberts says, knowing what will stand the test of time is “the part of the hunt I enjoy.”

The museum’s major donors involved in the selection of the museum’s new acquisitions, the Athena Society, will be traveling this fall to Milan, Italy, and on to the Venice Biennial to see the latest in international contemporary visual art.

“It’s important to know what is happening internationally, nationally and regionally, but also to be aware locally,” he says. With that in mind, he hopes to explore the works of local artists, including A.E. Backus, the Fort Pierce artist who is the subject of a new scholarly book, Tropical Light: The Art of A.E. Backus.

With a background in modern and contemporary art, Roberts plans to continue to explore works by artists in all media, including photography and video, media that he sees as being hallmarks of the 21st century.

“Just as the 15th century was with the invention of oil painting, the future will have a proliferation of art based in photography and video,” he says. “This is a time that is wide open, in terms of media. There are a lot of artists whose art supply store is Home Depot.”

One of those artists is Tara Donovan, an emerging artist whose site-specific installations are constructed using everyday objects such as straws, buttons and straight pins. Roberts curated the Milwaukee Art Museum’s exhibition of the New York artist’s work.

But Roberts’ art interests are expansive and include 17th-century Dutch art and 19th-century French art, as well as the art and architecture of the Italian Renaissance. He would also like to have the VBMA explore non-Western art.

Two upcoming exhibitions on the drawings of Maurice Sendak and another on the history of guitars as sculptural objects should bring in audiences that transcend the typical museum-goer, he notes.

In the meantime, Roberts and his wife, Anna, are enjoying their new hometown. “We have a condo on the beach, and this is just a very lovely place to live,” he says. “We are nature lovers and like to get out and hike and bike, and we appreciate that Vero Beach is serious about the environment.”