City’s high rankings, honors keep it on track for one of the best places to live

“One of the Port St. Lucie City Council’s goals is for us to be a high-performing government organization,” says Sarah Prohaska, the assistant communications director for the city. “These honors are one way we measure our progress toward that goal. And, it helps us see how we are doing compared to others — awards are a great way to do that.”

Seventeen honors have come the city’s way just since June, for everything from being pet-friendly to being one of the best places to live in Florida. But that’s just a small portion of more than 35 honors that rolled in during the last 12 months. And in some cases, an award may be listed only once but the awarding organizations have handed out awards in multiple activity categories.

RESIDENTS INFORMED
The communications department picked up more than two dozen awards for a variety of services in the first eight months of 2019. A major initiative to persuade voters to approve an additional half-cent in sales tax caught the eye of more than one organization.

Residents had said they wanted the projects, such as sidewalks, that the tax money would make possible. Since then, the department has meticulously kept residents updated on the projects and how the money is being spent.

“We are proud to have received this recognition and are always looking for ways to keep improving and set the bar higher,” Prohaska says. She is a familiar face on the local government television channel, discussing and describing current and future events and projects — all part of the city’s mission to be open and transparent about what it does.

The Port St. Lucie Parks and Recreation Department received a national award in June for helping people with Parkinson’s disease improve their lives through a proven program of boxing training. It fits right in with the city’s goal of keeping its residents healthy. “The addition of the Rock Steady Boxing Program into our fitness offerings is yet another indication of our support” of that goal, says Sherman Conrad, the city’s parks and recreation director.

Here are the 17 most recent honors:

One of the Top 50 Safest Cities to Raise a Child. Criteria not only included crime; it also took graduation rates and the number of sex offenders per capita into account. Cities were ranked by Safewise, a home security company.

Ranked 10th Best City for Retirement in the U.S. The ranking by Best Life’s editors included 250 cities. Among the criteria were the percentage of population age 65 and up, average annual precipitation, violent crime rate, cultural institutions, local tax rate and costs of housing for people in the $50,000 to $75,000 earning range.

25th Safest College Town. Safewise, the home security company, looked at college towns in 28 states and more than 50 colleges and universities. The study looked at violent crime and property crime per 1,000 people. 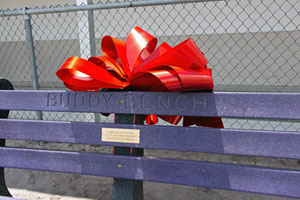 Named one of the 11 best places to live in Florida and first on the list of Best Places to Retire. MarketWatch, a financial information website, chose Port St. Lucie for its school graduation rate, its sports entertainment opportunities and research companies.

Pet-Friendly certification. The city is now a certified Better City for Pets by the U.S. Conference working with Mars Petcare. Among other things, the city recently opened a new dog park.

#3 Best Place to Retire. Home prices, crime and annual cost of retirement for 50 cities were considered by GOBankingRates, a financial website, to come up with PSL’s ranking. Coral Gables came in first, with Surprise, Arizona, in the No. 2 spot. The company noted that food is a bit expensive but utility costs are fairly low.

#6 Most Affordable Beach Town. This ranking might be surprising, considering that PSL actually doesn’t have any ocean beachfront. But it turns out that “near the beach” and having water available for activities such as paddle boarding, kayaking, fishing and canoeing were acceptable to Realtor.com.

#5 Best Place People are Moving To. U.S. News factored in each metro area’s growth due to net migration over a five-year period.

#2 Most Fun State in America. WalletHub, the personal finance website, compared all 50 states using 26 indicators of having a good time without breaking the bank. Florida is in the No. 2 spot. PSL is ranked in the related study that breaks it down by cities.

Most Fun Cities in America. WalletHub put Port St. Lucie at No. 145 out of 180 cities considered. Criteria included 65 items such as fitness centers per capita, movie costs, average open hours of breweries and lots of things to do.

23rd Most Desirable Place to Live in the U.S. The Metropolitan Statistical Area, MSA, for Port St. Lucie includes Martin and St. Lucie counties. Together, U.S. News says their beach and water access and year-round warm weather give it the ranking.

Silver Level in Innovation; Gold Level in Project Management. The awards from the Water Environment Federation are for work on Phase II of a municipal storm sewer system project.