Port St. Lucie continues to outdo itself by accumulating a shining collection of awards over the last six months, proving once again that it is a great place to live and do business.

Port St. Lucie is integrated – The Christian Science Monitor reports that Port St. Lucie is one of only two of America’s 113 largest cities that qualify as really integrated, according to a study by researchers at the University of California, Berkeley. It goes on to say: “A combination of factors plays some role in making it less segregated. Perhaps most important, it is relatively new as a city and so doesn’t have to overcome historic patterns of segregation. The result is a different kind of city with no clear downtown, but also no clear pockets of poverty or segregation.”

Crosstown Parkway Extension wins national award – The Design-Build Institute of America awarded the bridge project its National Award of Merit in the Transportation [other than aviation] category. This makes the project a contender for the National Award of Excellence. The extension crosses the North Fork of the St. Lucie River, connecting Crosstown Parkway to U.S. 1. Factors considered were safety, functionality and aesthetics.

City highly ranked by U.S. News and World Report – The magazine cited the city’s clean streets, relaxed atmosphere, quiet neighborhoods, job market, scenic waterways and golf courses. Affordable homes were noted although it also noted that the cost of housing is rising. The N.Y. Mets spring training complex was also mentioned. Those that ranked high on the list of 150 metropolitan areas had a good quality of life, strong job market and were seen as a desirable place to live. Port St. Lucie was named:

No. 8 in Best Places to Retire

No. 8 in Best Places to Live in Florida

No. 8 in Fastest-Growing Places

No. 8 in Best Places to Live on the East Coast of the U.S.

No. 11 in Safest Places to Live

PSL snags Amazon fulfillment center – A 1.1 million-square-foot Amazon fulfillment center is expected to open in northern Port St. Lucie this year on the south side of Midway Road just east of Interstate 95. It will be the largest building in St. Lucie County and bring 500 new jobs with full benefits to the county. It is a $100 million investment and asks for no property tax abatement or other incentives. The center will handle large bulky items. It complements the Amazon delivery station west of Fort Pierce off Angle Road.

First Responders, PSL employees honored – The city paid tribute to a group of first responders and city employees for saving the life of a construction worker trapped in a 30-foot hole on a construction site at Becker and NW Gilson roads in August. The worker was trapped in mud and water inside the hole. The city responders teamed with numerous other departments and agencies in Martin and St. Lucie counties to free the worker.

Low litter score – Port St. Lucie and volunteers are always picking up litter with the hope of reducing it to just about zero. A recent examination of the city’s roads, sidewalks, medians and rights-of-way scored 1.1 out of 4 possible points – 4 would indicate lots more litter. The results will help the city develop a plan to change attitudes and behaviors regarding litter and related community improvement issues. The study is part of a Keep America Beautiful initiative to create cleaner cities. Keep Port St. Lucie Beautiful is the local chapter.

PSL 29th on list of Best Mid-Sized Cities to Buy a House – The financial site WalletHub went looking for the best real estate markets in the nation, and discovered that Port St. Lucie ranks 29th among mid-size cities. It used 18 key indicators showing the attractiveness of housing markets and economic strength. Of mid-sized cities in Florida, only Orlando ranked higher, placing 20th on the list. Cape Coral came after PSL at number 38. Out of a list of all size cities in the nation, PSL scored 66 out of 300 cities.

Councilwoman moving up in Florida League of Cities – Councilwoman Jolien Caraballo was elected first vice president of the Florida League of Cities this year, putting her in line to become its president next year. Founded in 1922, the 400-member organization focuses on the impact citizens and city leaders have in improving Florida’s communities, serving as the voice for Florida’s municipal governments.

Port St. Lucie Councilwoman on board – The Florida League of Cities, which serves as a unifying organization for 400 municipalities, elected Councilwoman Stephanie Morgan to its board of directors. The board provides organizational leadership and guidance to the association. The board’s members come from across the state.

Port St. Lucie considered a safe city for young drivers – Driving-Tests.org tries to help young people to drive more safely. To that end, it ranked 50 cities on their safety for young drivers to help families decide where to live and to be aware of safety issues in their town or city. Port St. Lucie ranked 23rd on the list. The organization used data from the Insurance Institution for Highway Safety and government sources along with city-level data. It noted that teens in general are three times more likely to be involved in a fatal crash than other age groups and 16-year-old drivers are four times more likely to be in a fatal crash than those in the 20-24 age group.

PSL a Top Boomtown in America – The financial site SmartAsset took a look at the fastest growing cities in America with a survey of 500 cities. Port St. Lucie ranked No. 41. It selected the rankings from the following: population change, employment rate, changes in unemployment and household income, and growth in housing, business establishments and GDP. 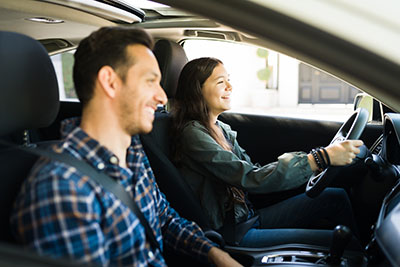 St. Lucie County economy grows by more than $1.8 billion – A recent analysis by the Economic Strategy Center calculated that economic output in St. Lucie County is growing by more than $1.8 billion due to the attraction of new businesses and the expansion of existing local businesses since 2017. A number of large projects have settled in Port St. Lucie, including Amazon and FedEx.

Port St. Lucie ranked 16th among 200 cities for military retirees – According to SmartAsset financial site, the city had a military friendliness score of 95 out of 100 possible points. It garnered 79.5 points for economic resources.

Best Place to buy home under $500,000 – Using data from Zillow, the U.S. Census Bureau, the Bureau of Labor Statistics and Sterling’s Best Places, the website GOBankingRates identified Port St. Lucie among the 25 best cities to buy a home for less than half a million dollars. The study examined average home cost and median income, crime, poverty and unemployment. It also shed light on each city’s cost of living by looking at the cost of necessities like utilities, healthcare, transportation and groceries.

Crosstown Bridge honored – The American Council of Engineering Companies of Florida named the engineering company for Crosstown Bridge a grand award winner for its structural systems. This puts RS&H Inc. in the running for the overall grand award. The winner will be announced in February. The judges rated projects and studies based on uniqueness and innovative applications; future value to the engineering profession; perception by the public; social, economic, and sustainable development considerations; complexity; and successful fulfillment of client’s needs.