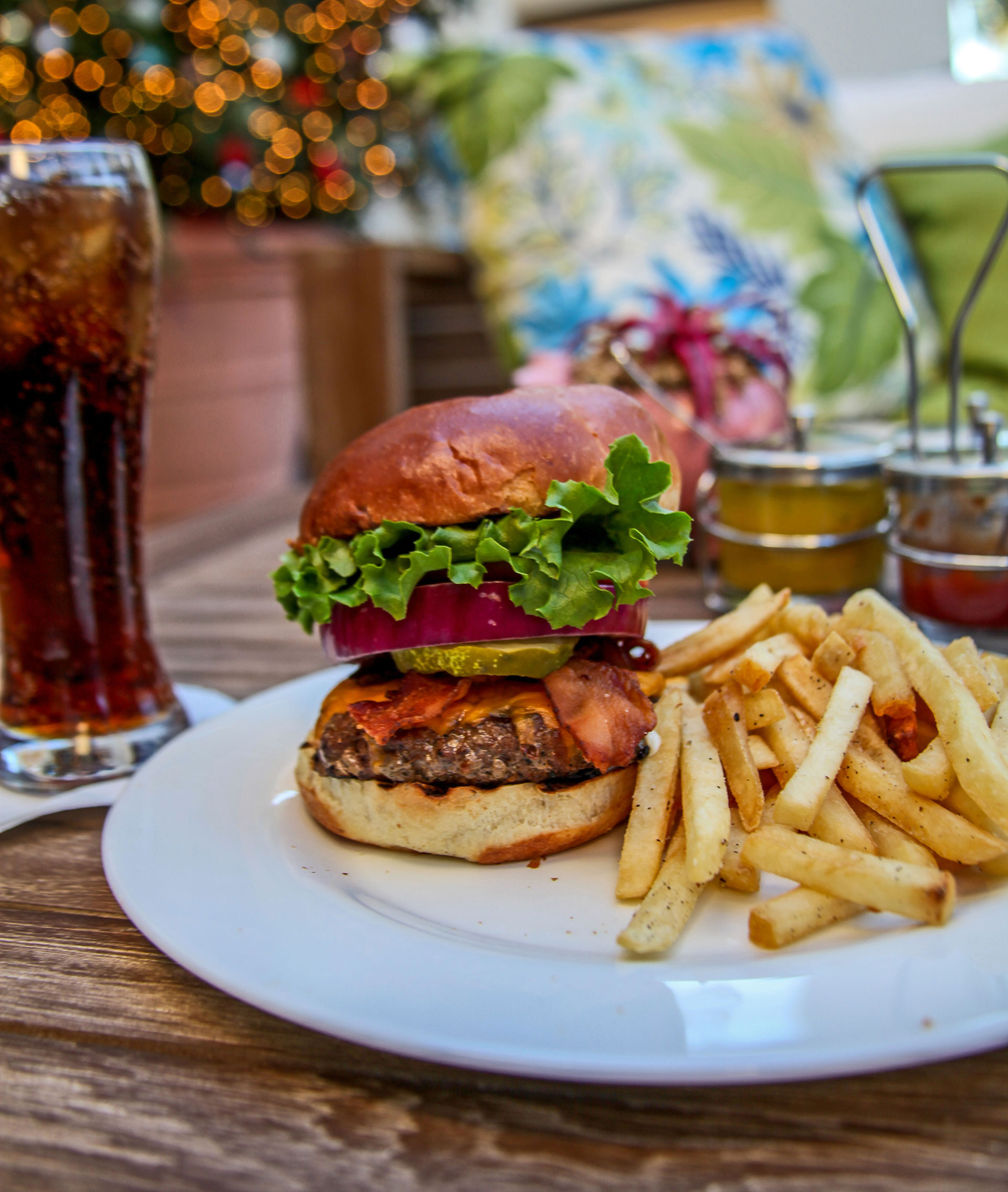 Relishing locally raised beef in a big juicy burger is an experience you won’t forget.

Relishing locally raised beef in a big juicy burger is an experience you won’t forget. Neither is the restaurant or its name.

Rooster in the Garden, uniquely named because it’s a “farm to table” restaurant, serves up a nine-ounce hamburger with fries that will make the hungriest person happy. The beef comes from Adams Ranch in western St. Lucie County. You’ll learn that the beef contains no antibiotics or hormones.

The burgers are made with a combination of filet and sirloin and served on toasted brioche rolls.

The Rooster in the Garden dining room is part of The Braford Steak House, named after the cattle developed by the late Alto “Bud” Adams Jr., a combination of the Brahman and Hereford breeds that do well in Florida’s climate yet produce tender beef.

While savoring that hamburger, patrons can look way up to the top of the room where colorful umbrellas are hanging from the 25-foot ceiling. The large, airy space was originally the ground floor of Harbor Federal Bank. Now called the Galleria of Pierce Harbor, it also houses artwork and shops. The umbrellas are part of an art installation.

Some couches and a coffee table, along with potted palms and other greenery, round out the picture of a great place to go have brunch, lunch or dinner within easy walking distance of the waterfront in downtown Fort Pierce.

"You can’t go wrong when you are starting with the great quality of Adams Ranch Beef, and the Rooster staff cooks and dresses it to perfection."

"Fort Pierce-raised cattle with no hormones and antibiotics."