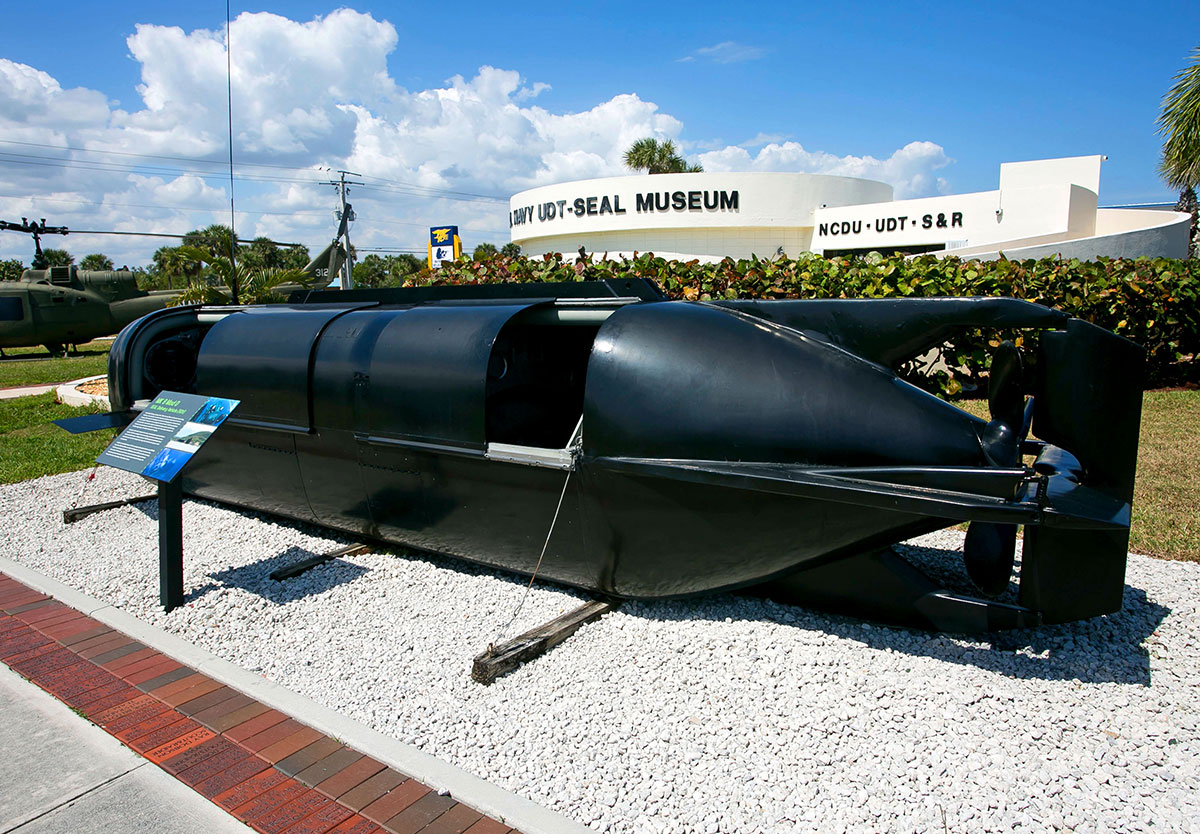 The toughness and expertise of U. S. Navy SEALS is legendary. They are known worldwide for their bravery and seemingly superhuman abilities to complete their missions. These elite warriors are honored with a museum on the training grounds of the original Naval Combat Demolition Units, or NCDU, and Underwater Demolition Teams, or UDT — also known as the Frogmen.

The one-of-a-kind museum is in our backyard, so to speak, on North Hutchinson Island, Fort Pierce. It is the only museum in the nation dedicated solely to preserving the history of the U.S. Navy SEALS and their predecessors. The Memorial Wall honors SEALS and Frogmen for their sacrifice and love of country.

“If you got any closer you would have to enlist” is their slogan — and one trip inside the museum and you’ll know that’s true. Everything inside has been used in combat or in training. Their collection is your window into the secret world of naval special warfare.

You will want to allow time to marvel at the interactive exhibits in the World War II Gallery and to travel back in time to visit the Cold War era. You’ll see unique weaponry and a real Sikorsky UH-60 Black Hawk helicopter.

Outside, see boats including submersible delivery vehicles that could carry SEALS underwater to their destination, Apollo and Gemini space capsules that were recovered after splash-down by Frogmen, and much more.

Every November the museum is flooded by thousands of people who want to see the annual outdoor Muster and SEAL demonstration. A music festival takes place the same day. If you haven’t been, be sure to look for it next year. 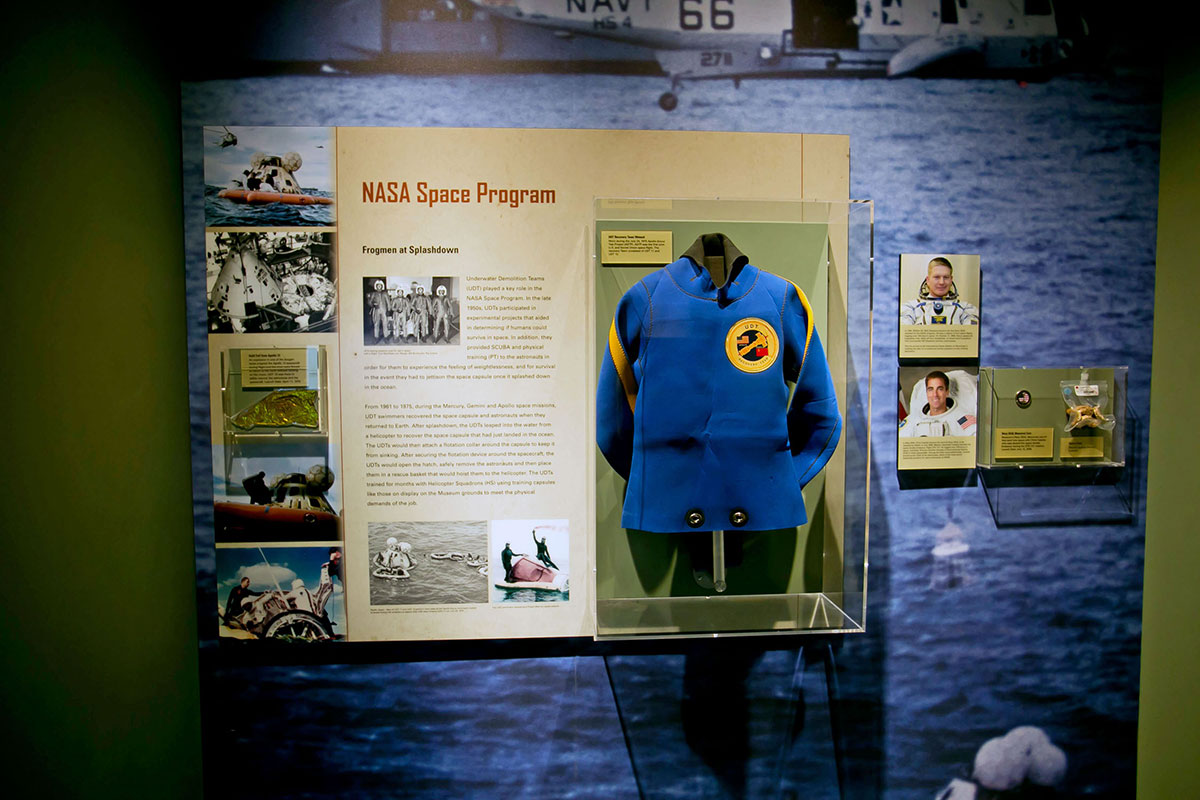 "All of the displays are real. The staff is knowledgeable. A very interesting take."

"Such cool displays and exhibits and very informative."