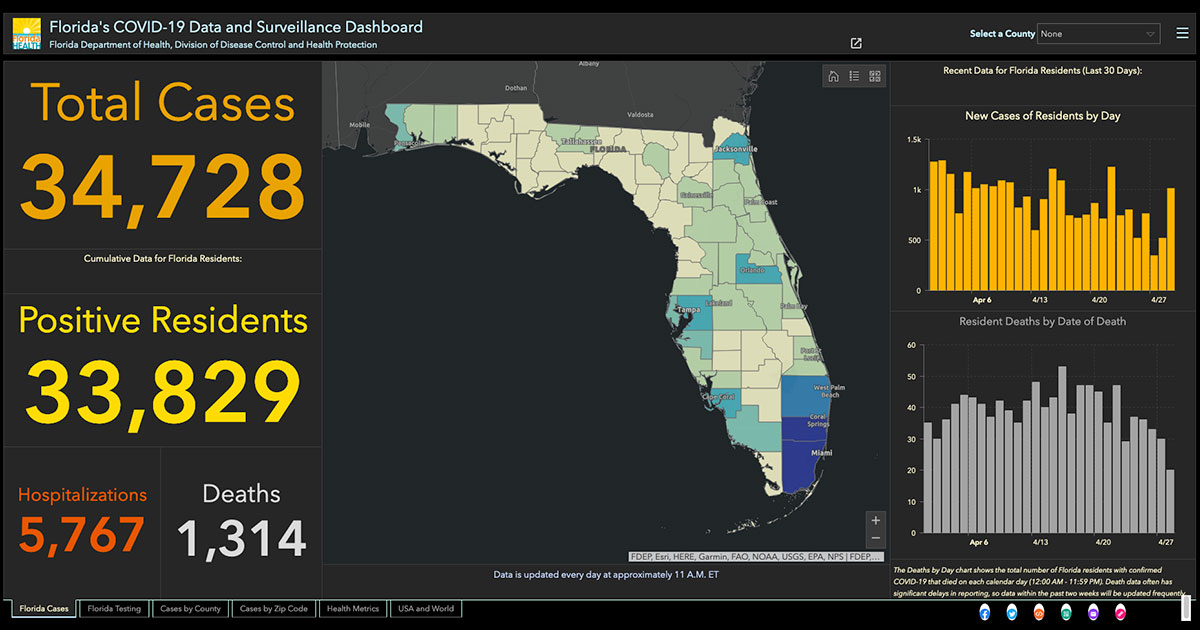 Two more people died while nine more people tested positive on the Treasure Coast for coronavirus, according to today’s statistics from the Florida Department of Health.

The deaths occurred in St. Lucie and Indian River counties and were reported on the state’s COVID-19 digital dashboard. The Department of Health by 1:30 p.m. had not released its morning report which would have provided details about the victims such as age and sex.