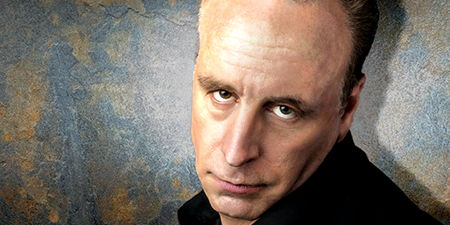 Luis J. Gomez is a comedian, writer, podcaster and producer based out of New York City. He is most known for being one of the hosts of the popular Legion of Skanks. His television credits include NBC’s “Last Comic Standing”, Comedy Central’s “Roast Battle”, TruTV’s “Comedy Knockout”, two seasons of NBC Seeso’s “What’s Your F@%king Deal?!”, and more.

Luis co-hosted “The Countdown” on Sirius XM’s RUSH channel 93 alongside former UFC middleweight Champion Michael Bisping for 2 years. Recently, Luis performed at the prestigious Just For Laughs Festival in Montreal and was named a “Breakout Performer” by Time Out NY.

Kurt Metzger is one of the most talented writers and stand up comedians today. A Philadelphia native, Kurt started in the local scene with friends and comedians Kevin Hart and Big Jay Oakerson. He performs regularly at New York’s top comedy clubs, including Stand Up NY, Caroline’s on Broadway, Gotham Comedy Club, and the famed Comedy Cellar.

A local favorite, he was accepted to Montreal’s prestigious Just For Laughs Festival, where he was a standout performer on their ‘New Faces’ show. Kurt has appeared on Comedy Central’s Live at Gotham, VH1’s Best Week Ever, CBS’s The Late Late Show with Craig Ferguson, and Showtime’s White Boyz in the Hood. He has also guest-starred in IFC’s Z-Rock as well as Comedy Central’s ‘Important Things with Demitri Martin.’