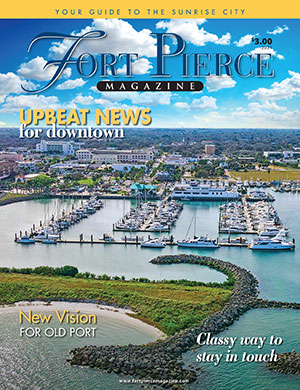 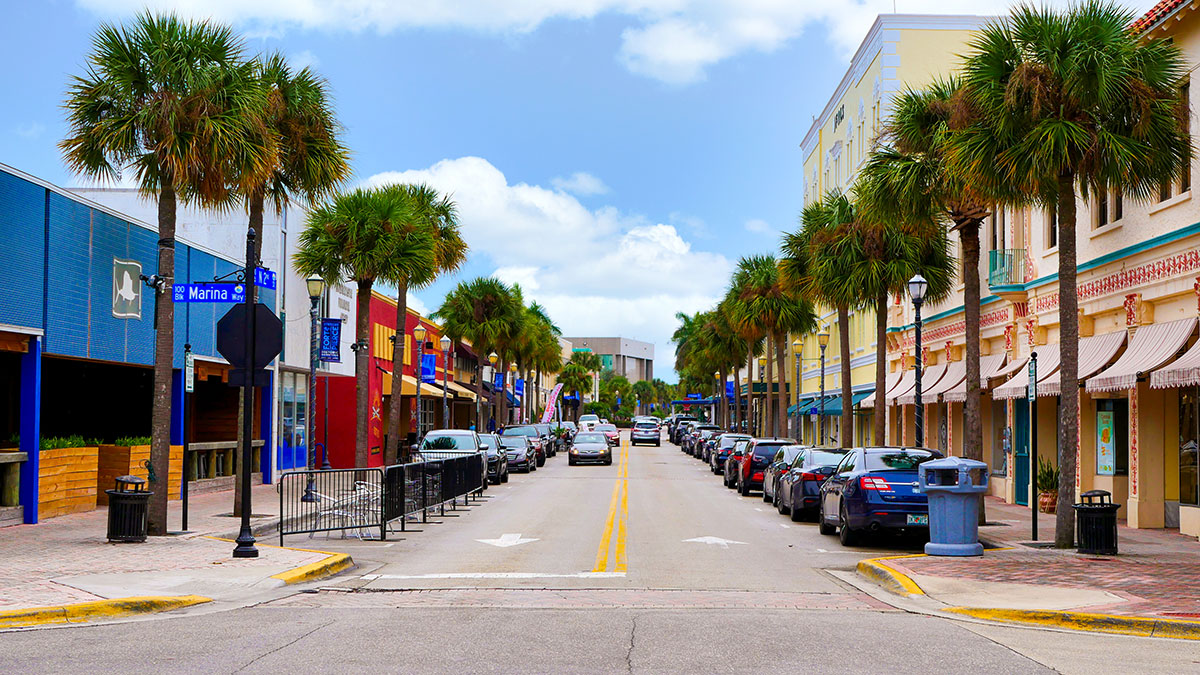 “Remarkably resilient” might be a good way of describing both the attitudes and business prospects of downtown retailers and restaurateurs who have bounced back from the challenges of the COVID-19 pandemic.

Rather than seeing a rash of empty storefronts and shuttered businesses, as we frequently read about in the national media, downtown Fort Pierce boasts a surprisingly robust and vibrant local economy. In recent months, a wave of new businesses has sprung up on Second Street, Avenue A and Orange Avenue, complementing some old favorites. 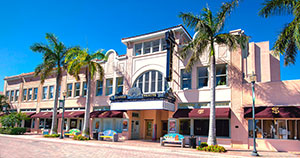 To say the past year has been tumultuous for Fort Pierce and the rest of the country would be an understatement. Many of us have endured the loss of loved ones, homes or businesses. But it hasn’t been all bad news, especially for the city and its citizens.

Anthony Westbury takes a stroll downtown and reports on a surprisingly robust and vibrant local economy. Despite the financial effects of COVID-19, new businesses have opened their doors on Second Street, Avenue A and Orange Avenue, complementing some old favorites. And King’s Landing has recently announced a letter of intent has been signed with Tampa-based Mainsail Hotels for an upscale boutique/resort-style hotel. 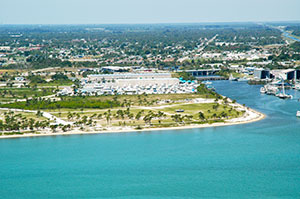 The Port of Fort Pierce is springing to life, growing from a little-used cargo port to a thriving marine industry hub that includes a fully loaded waterfront recreation park rivaling any on the Treasure Coast. The transformation is expected to begin soon, ending decades of waiting for the port to turn around.

Derecktor Shipyards of Fort Pierce is moving ahead with plans to open its maintenance, refit and overhaul operation for the sleek yachts of the super-rich. And now, Harbour Pointe Park, which fronts the Fort Pierce Inlet and Taylor Creek, is about to experience a complete makeover. 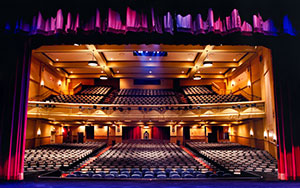 COVID-19 may be raging through the state but the nearly century-old Sunrise Theatre has taken a lesson from its past and reinvented itself once again, this time with new virus safety measures and a revised show calendar.

The historical downtown theater opened in 1923 as a movie theater, closed in 1983 when demand changed and bounced back in 2006 as a successful performing arts theater.

This time COVID-19 caused the closure. The Sunrise abruptly shut down at the end of the Australian Bee Gees show on March 12, prior to the governor ordering a statewide lockdown. 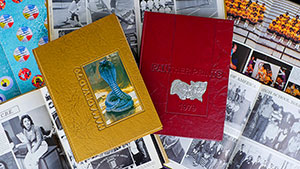 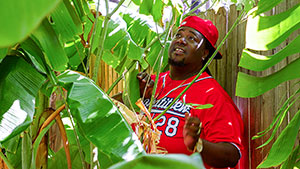 Corey Paul’s life changed a lot in the last few years. He added six young children to his family and developed a new interest in life, producing videos and providing gardening information for what he calls his Green Thumb Gang. Social media, nothing strange to this 36-year-old, provides a way for him to reach his many followers.

Paul, whose nickname is Goo, went from spending his free time fishing to setting up raised garden beds in his backyard and encouraging people to grow their own food. 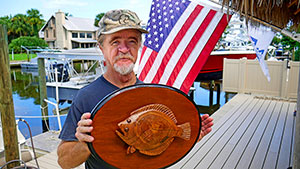 Life, it seems, has come full circle for Randy Ard. Two of the things he loved most from his childhood — fishing and sculpting clay animals — have come together as the retired ship carpenter whiles away the hours creating wooden fish sculptures.

Growing up on Beach Court in Fort Pierce, the joys of fishing on the South Bridge and South Jetty were just a walk or a bike ride from home. Ard says his memories, refreshed by illustrations, help him make such realistic creations. 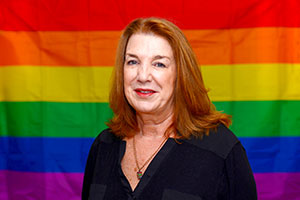 Suzi James was wearing a T-shirt emblazoned with a mother bear and rainbow-colored cub when a woman stopped her. “Do you have a gay kid?” the woman asked.

When James said she did, the woman nodded. “I do too, but I don’t know who I can talk to about it.”

Something as simple as a T-shirt can spark conversations and make connections. 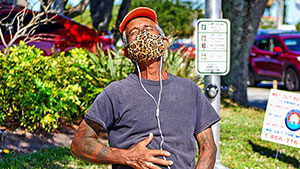 If you have driven north or south on U.S. 1 through the city, you have seen Tom Laigo hard at work at one of his many part-time jobs. Most would remember him if shown a picture of him with his mannequin on his shoulders and holding a sign, advertising for a local business.

Laigo discovered “waving,” as he calls it, in 2009 when he got his first job with Liberty Tax. Dressed in a Statue of Liberty costume, he waved and held a sign aimed at drawing in customers who needed assistance with filing their income taxes. Others refer to this job as sign flipping, but Laigo likes to wave to passersby while attracting attention with his antics; his mannequin, Natasha; or riding his unicycle. 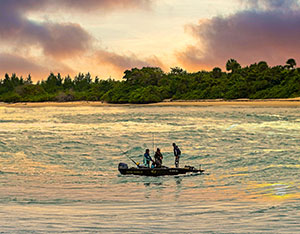 Fort Pierce has long been known for the excellent fishing off its shores. Once a large base for commercial fishermen, the Sunrise City is recognized today for its recreational fishing opportunities on the ocean and in the Indian River Lagoon. As the sun sinks slowly in the west, throwing colors on the clouds, these anglers motor out the Fort Pierce Inlet to try their luck with some evening fishing.