From barren to beautiful 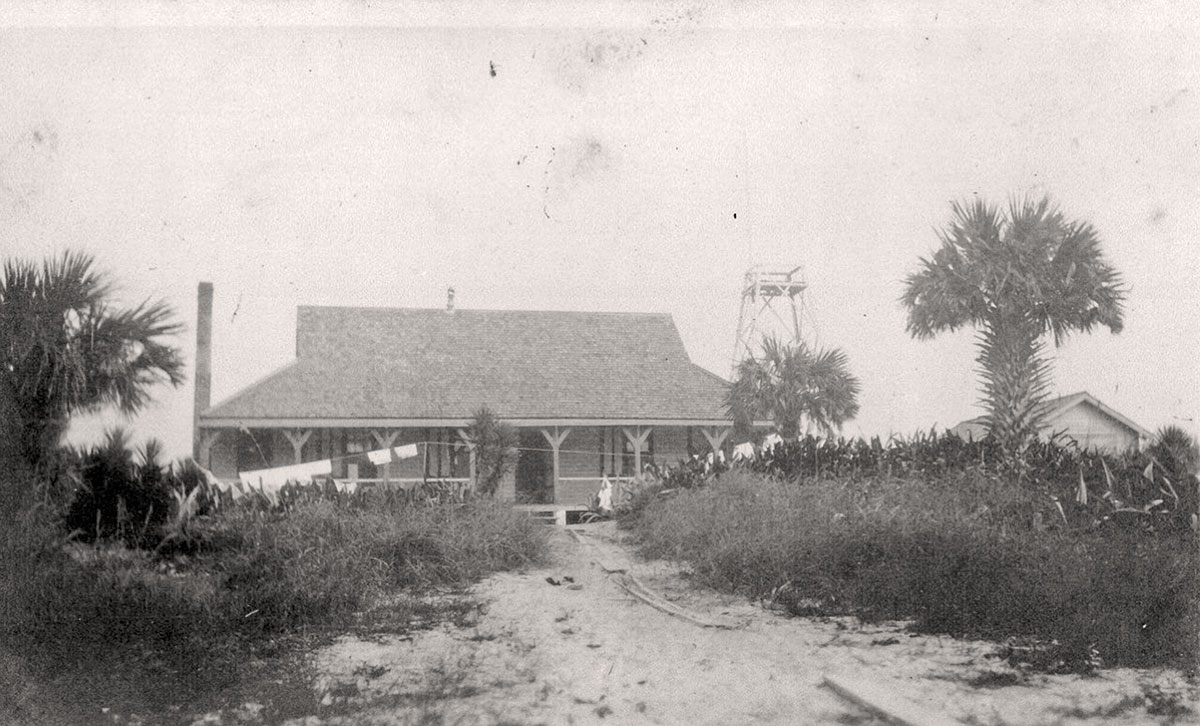 The first House of Refuge in Florida, built by the U.S. Lifesaving Service at Bethel Creek in 1876, was one of the first European-style buildings constructed on what is now Vero Beach. The Houses of Refuge were built along Florida’s coast line to provide a safe haven for people shipwrecked. The houses were located about 15 to 20 miles apart, a day’s walk from one another. This photo of the House of Refuge at Bethel Creek was taken in 1908.

With mosquitoes as thick as the dense palmettos and being only accessible by boat, the barrier island of Vero Beach was deemed uninhabitable by early settlers.

Settlement on the island began as early as the 1860s and by 1876 the U.S. Lifesaving Service established its presence in the region.

The Bethel Creek House of Refuge was the first of 10 stations built about 20 miles apart to provide a safe haven for those shipwrecked along the desolate Florida coast. The houses were built exactly alike and included a main house, a cistern and a boat house. The keepers had to be physically sound, able to read, write and offer shelter and food to passengers and crew. It served survivors from 34 vessels before fire destroyed the main house in 1917.

The U.S. Lifesaving Service had transitioned into the U.S. Coast Guard in 1915 and the house destroyed by the fire was replaced by a building, which was removed in 1936. The Coast Guard closed the station in 1929, but reopened it and erected a 40-foot tower to watch for German submarines during World War II. The federal government transferred the 8-acre site to the City of Vero Beach in 1950 and beautification of the park was completed in 1958 by the Jaycees.

The family of James LaRoche from Johns Island, South Carolina, moved to the barrier island in the early 1870s at what was known as The Narrows. He selected the island because, as its name implied, it was the shortest row across the river to the mainland, and eventually to the railroad. He filed homestead papers for 138.5 acres and originally planned on growing citrus, but in 1890 a detailed survey was made and he sold platted parcels for $25 an acre.

FARMING LIFE
By the turn of the century, there was a well-established settlement on John’s Island with some 200 residents, numerous homes, a cemetery and two churches. The main occupation was bean farming. Each family had their own garden and school was in session between farming seasons. When Henry Flagler brought his railroad to the region in 1893, farmers on the island began moving to the mainland to get easier access to rail cars for the shipment of their crops. The Great Depression thwarted luxury real estate development.

For those few who remained on the island, and those who paddled across from the mainland to enjoy the beach, life became exponentially easier with the opening of Vero’s first toll bridge that connected the island to the mainland at Royal Palm Point. The wooden swing bridge was braced by cabbage palm trunk pilings, which was not unusual for this time. More than 300 cars lined up to cross the bridge during its dedication on Labor Day 1920.

The beachside landscape was destined for change after the island became accessible to all. The elegant oceanfront Beachland Casino was completed in 1925. The three-story building housed a casino, dance floor and an Olympic size salt water pool, which was drained weekly and refilled with ocean water. Unfortunately, a 1928 hurricane left the second and third floors uninhabitable.

Then during World War II, the Army used the casino as barracks and later the Navy housed its WAVES (Women Accepted for Volunteer Emergency Service) there. After the war, it reverted back to hotel status and was renamed the Windswept Hotel. During the next decade, it went through two more ownership changes and two more names: The Southward Inn and the High Tide Hotel. It was demolished in 1960 and replaced with Holiday Inn, which is at the end of Sexton Plaza today.

WALDO COMES TO TOWN
A local eccentric by the name of Waldo Sexton came to Vero Beach in 1913 as a plow salesman and fell in love with the tropical paradise he encountered. He invested all of his $500 in savings as a 10 percent down payment on 100 feet of oceanfront and 160 acres on 12th Street.

He spent his first 20 years farming and raising a family and was responsible for clearing the right of way for A1A that ran from the south county line to the Sebastian Inlet in the 1920s. When a storm blew down a barn in 1933, he salvaged the wood and hauled it over to his beachfront property to build a weekend retreat for his family. His cottage consisted of two rooms on the first floor separated by a 25-foot-wide open area. The second floor added four more rooms and a combination kitchen/dining area over the breezeway.

The eclectic structure, built only by Waldo’s verbal instructions, was furnished with antiques and oddities that Waldo collected from around the world. Its charm generated so much interest and so many visitors that Waldo’s wife, Elsebeth, put a for rent sign in the window and the Driftwood Inn was in business. A second wing was added in 1937 expanding the property to 14 rooms. Through the years Waldo continued to expand the inn with additional buildings built from old barns, demolished house and salvaged wood.
The Sexton family sold the property to timeshare developers in 1979 and they took great pride in maintaining the charm and character of the original Driftwood Inn. It remains a gem of Vero Beach.

In 1941, Waldo constructed a restaurant out of his signature cypress, mahogany and salvaged wood on a high sand dune on the Atlantic Ocean, across the plaza from the Beachland Casino. The original dining room was an open-air patio with a terrazzo floor and for a week or so customers dined under the stars. A roof was added very quickly however, when uninvited sandflies drove customers away. When World War II broke out, Waldo turned misfortune into opportunity and turned the building into an officers club for the naval air station where Dodgertown is. From the deck of the Ocean Grill, German submarines were seen just a few hundred yards offshore.
At the end of the war the officers left and the restaurant reopened to the public. After several management changes the Roplogle family moved from Milwaukee in 1965 to operate the grill and today a second generation of the same family is at the helm.

BEAUTY PRESERVED
The beachside continued to be developed through the 1940s and ’50s with careful planning to maintain its beauty. In 1947, Mayor Alex MacWilliam designated an island in the Indian River as a memorial park to honor local servicemen. A walking bridge was built to connect it to the barrier island and in 1964 Memorial Island was officially dedicated to the war dead. Wayside Park was created when the new Merrill P. Barber Bridge opened in 1951 and was later named Alex MacWilliam Park and Jaycee Beach Park was completed on the ocean in 1958.

With all the recreational improvements, a few restaurants and hotels and even a smattering of retail shops on the island, it was time for the real estate boom of the ’50s.

Fred Tuerk, onetime Chicago broker and president of the Chicago Stock Exchange, acquired the Johns Island property, which had been deserted in the 1920s, as well as additional acreage encompassing 3,000 acres. He intended to develop the property but died in 1967 without realizing his dream. His heirs sold the property to E. Llwyd Ecclestone who undertook the development of the exclusive residential resort community, complete with a championship golf course. Sadly, Ecclestone died in 1981 before the completion of his project, but his daughters Helen Ecclestone Stone and Jane E. Chapin took over and fulfilled the dreams of LaRoche, Tuerk and their father in a way no one could have imagined. Today John’s Island is one of the most exclusive, sought after communities on the east coast.

More exclusive properties were developed including Riomar and the Moorings, each dedicating land for pristine golf courses. The central beach shopping district blossomed with more shops and eateries, and the beachside location became the most desired in town. 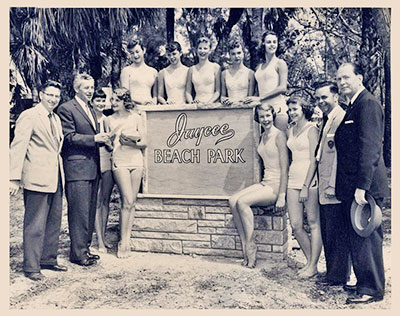 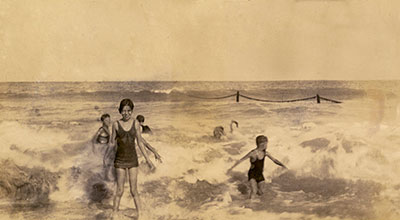 Children frolic in the surf on Vero Beach in the 1930s. FLORIDA PHOTOGRAPHIC COLLECTION

THE ARTS FLOURISH
As more and more people chose to move to the island a second bridge became necessary to handle the flow of traffic. In 1977, the 17th Street bridge was opened and later renamed the Alma Lee Loy Bridge in 2012 in honor of Vero’s first woman county commission chairman and longtime community activist.

The building explosion during the 1950s and 1960s focused primarily on housing, churches and public buildings. The 1970s was the decade of condos, apartments, shopping centers and the start of the beachside cultural hub. Riverside Theatre was built in 1973 on a 54-acre tract of land designated by the city as a cultural park. The theater initially served as the home for local community theater but in the 1980s the Riverside Children’s Theatre added education and programming for children. It continued to grow through the ’80s and eventually became the first and only Equity theater company on the Treasure Coast. It continues to grow and is recognized as one of the largest producing professional theaters in the state.

More culture followed when the Alliance for the Arts was established in 1978 for the sole purpose of creating a regional center for the appreciation and teaching of the arts and humanities. The organization raised $2.5 million from local private sources and the Center for the Arts opened its doors, debt free, in January 1986. After doubling in size in 1999 and changing its name to the Vero Beach Museum of Art in 2002, the museum continues to expand and grow making it the primary visual arts center on the Treasure Coast. It serves nearly 100,000 visitors and residents annually from its pristine location in Riverside Park along the Indian River. 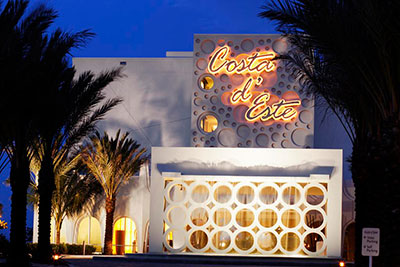 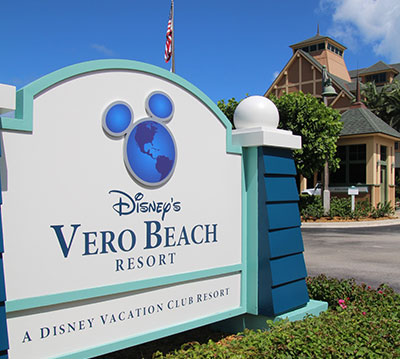 Disney forever changed the landscape of the barrier island in 1995 when it opened the Vero Beach Disney Resort on the corner of A1A and SR510. The family-friendly resort with 211 rooms encompassed 71 acres of oceanfront property; it’s the first Disney Vacation Club resort outside of the Walt Disney World Resort area in Lake Buena Vista. Vero Beach was thrust into the world spotlight and the little beach town was discovered. More luxury hotels followed. The four-story Vero Beach Hotel and Club opened in 2007 bringing West Indies elegance to Central Beach. A year later, singer Gloria Estefan opened the Costa d’ Este Resort with a Miami modern appeal. The luxury boutique hotel is rated one of the top 10 celebrity owned hotels in the world.

Vero Beach quickly became one of the most sought-after destinations on the east coast of Florida. Its low-density planning and deed restrictions ensured such a quiet, upscale lifestyle that Vero Beach was affectionately deemed “the Hamptons of the South.” More and more gated developments were added and real estate values skyrocketed. As vacant land became scarce, smaller homes built in the ’50s were razed and replaced with larger, more affluent housing. Still the integrity and respect for the environment is paramount and the city fathers are diligent in their efforts to maintain public land and beach access for all. Controlled growth and environmental protection are what keep the Vero Beach barrier island one of the desirable locations in Florida.