From pasture to dinner plate 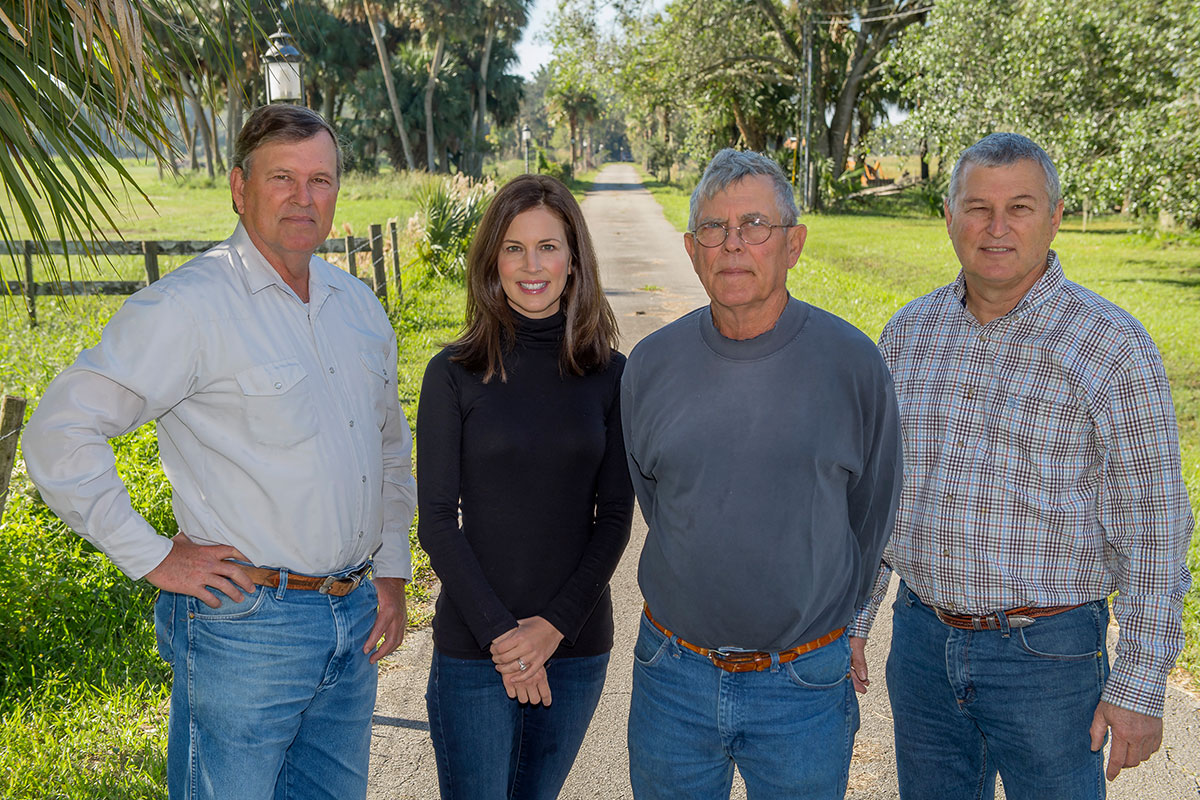 Adams Ranch branching out to the restaurant industry

The Monday after their father’s death Sept. 22, brothers Lee, Mike and Robbie Adams gathered in the Adams Ranch headquarters ready for work, just another day at the office.

It was a scene their father, Alto Lee “Bud’’ Adams Jr., who held forth at a large desk in the corner of the room, would have relished. After all, he had set the example for the ranch’s work ethic in the seven decades he spent running the Fort Pierce ranch, working with his sons to ensure a smooth transition when they took it over.

Adams, 91, who died a week after suffering a stroke, had remained active in the operation of the ranch until his illness. His father, Alto Lee Adams Sr., purchased the ranch in 1937 and Bud developed it as a model for conservation and agricultural practices in the state and the Southeast.

“The good news is it hasn’t changed,’’ Mike Adams said. “My grandfather started estate planning to pass the ranch to dad years before his death and dad was the same way. It’s taken a lot of planning.’’

ALL IN THE FAMILY
Although a family enterprise, Adams Ranch Inc. is also a finely tuned corporation. The ranch was incorporated in 1963, and Bud’s three sons took over in 1985, with Mike as president, Lee as vice president, Robbie as director and Bud as chairman of the board. Today, the company’s management team is completed with LeeAnn Simmons, Lee’s daughter, as corporate secretary.

Mike Adams said that nearly all of his father’s stock in the ranch was transferred before his death. The corporation has some 30 stockholders, mostly family members, with Lee, 67, Mike, 62, and Robbie, 60, as majority shareholders.

While the sale of cattle represents the majority of the company’s revenues, income is also generated from hunting leases, land leases and commercial property owned mostly on the Treasure Coast. The commercial property ranges from the historical P.P. Cobb Building in downtown Fort Pierce to the Flying Panda Trampoline Park in Port St. Lucie. One of the company’s larger land leases is a 500-acre citrus grove at its Fort Pierce ranch with Blue Goose Growers. 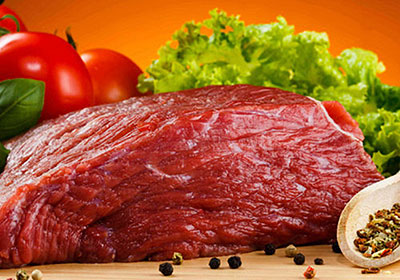 Adams Ranch touts its natural beef for its marbling and tenderness.

RANCHES TO RESTAURANTS
And now, in its boldest move outside its traditional cattle roots, the company is getting into the restaurant business with Gus Gutierrez, developer of the Galleria of Pierce Harbor at the southeast corner of Second Street and Orange Avenue in Fort Pierce.

The partnership plans to open two restaurants at the Galleria: Rooster in the Garden and the Braford Steakhouse, which will feature Adams Ranch Natural Beef. The Braford is named for the cattle developed by Bud Adams. Plans are for Chris Bireley, owner of the popular Osceola Bistro in Vero Beach, to operate both eateries.

“We’ve got some of the best cattle in the country raised in our own backyard,’’ Bireley said. “Now we’ll be able to bring it to local tables.’’

The restaurants will have different concepts, Bireley explained. One will be a steakhouse and the other a farm-to-table restaurant that will serve food grown locally. “The restaurants will feed the community products grown and sold nationwide for years and will be located among a variety of amazing shops in the Galleria.’’

Gutierrez, who has renovated a succession of aging vacant buildings in downtown Fort Pierce and filled them with new tenants, said the restaurants are scheduled to open in mid-January. He said each will have its own kitchen, inside seating and courtyard and outdoor seating. The partnership also plans to seek permits for valet parking.

As developer of the 15-space building, Gutierrez said the restaurants fit his goal of using the Galleria to create a vibrant commercial district downtown.

“It’s a community boutique mall with local mom-and-pop operators introducing handcrafted goods to the community,” he said. “It goes back to the old Main Street community feel. We want places where people congregate in downtown. We want to bring downtown alive again and make it appealing to [shop], get lunch, get dinner and go to the theater.’’

COMMUNITY TO BENEFIT
Gutierrez approached the Adams family more than a year ago about partnering on the restaurants. “The family all agreed that this would be something really good for Fort Pierce and a way to feature at least one of our products,’’ Simmons said.

Simmons, 35, sees the restaurants as a way to promote Adams Ranch Natural Beef. The ranch traditionally has been a cow/calf operation, with calves being sold to feedlots once each reaches about 600 pounds. But for the past few years, the ranch has been transitioning part of its operation toward raising calves to maturity and harvesting them. The Natural Beef program allows Adams Ranch to oversee the production of its beef from beginning to end while also increasing profitability by selling its product at the end of the production line, eliminating the middleman.

The cattle raised through the Adams Ranch Natural Beef program meet natural certifications from the U.S. Department of Agriculture and do not receive growth hormones, antibiotics or steroids. They are pasture-raised with no animal byproducts in their feed. Because the beef is raised and processed in Florida, it carries the Florida Department of Agriculture’s “Fresh From Florida’’ label.

The calves in the program are raised at Adams ranches in St. Lucie or Osceola counties until 6 to 9 months of age and then transported to Quincey Cattle Co. in Chiefland, where they are fattened before being processed and packaged an hour away at FM Meat Products of Fort McCoy.

SUPERIOR BEEF QUALITIES
The cattle in the natural beef program are ABEEF composite cattle, which are half Braford and part Angus and Gelbvieh. Bud Adams developed the Braford and ABEEF breeds. The Adams family touts the beef’s superior qualities in marbling, tenderness and taste.

The ranch supplies all 26 Whole Foods stores in Florida with Adams Ranch Natural Beef. It is also being distributed to restaurants on the Treasure Coast through Cheney Brothers, a food distributor. Simmons is married to Cheney Simmons, who is a Cheney family member and the company’s executive vice president. Adams Ranch beef is now in year-round demand, Simmons said, “and Cheney Brothers is making it possible to handle the logistics and sale of our beef to restaurants.’’

Simmons said the ranch works to balance the supply of premium cuts versus products such as ground beef. “One challenge we face is moving the entire carcass ourselves,’’ she said. “Certain middle meats are more popular than other parts of the animal.’’

PRESERVING THE LAND
It also has to battle fluctuating cattle prices and Mother Nature. “This year we we’re at war with drought and flooding,’’ said Robbie Adams, referring to a lack of rainfall in the first half of the year and an overabundance in the second half.

As the demands of development put pressure on agricultural lands west of I-95 in St. Lucie County, Adams Ranch in Fort Pierce has been placed on Florida’s Rural and Family Lands Protection Program, designed to protect important agricultural lands through the acquisition of permanent agricultural land conservation easements. Under the program, the state purchases the development rights from the landowner, while requiring that the land remains under agriculture in perpetuity.

The purchase of development rights requires an appraisal and approval from the legislature. Though Adams Ranch is at the top of the list, the appraisal hasn’t taken place and funding hasn’t been approved.