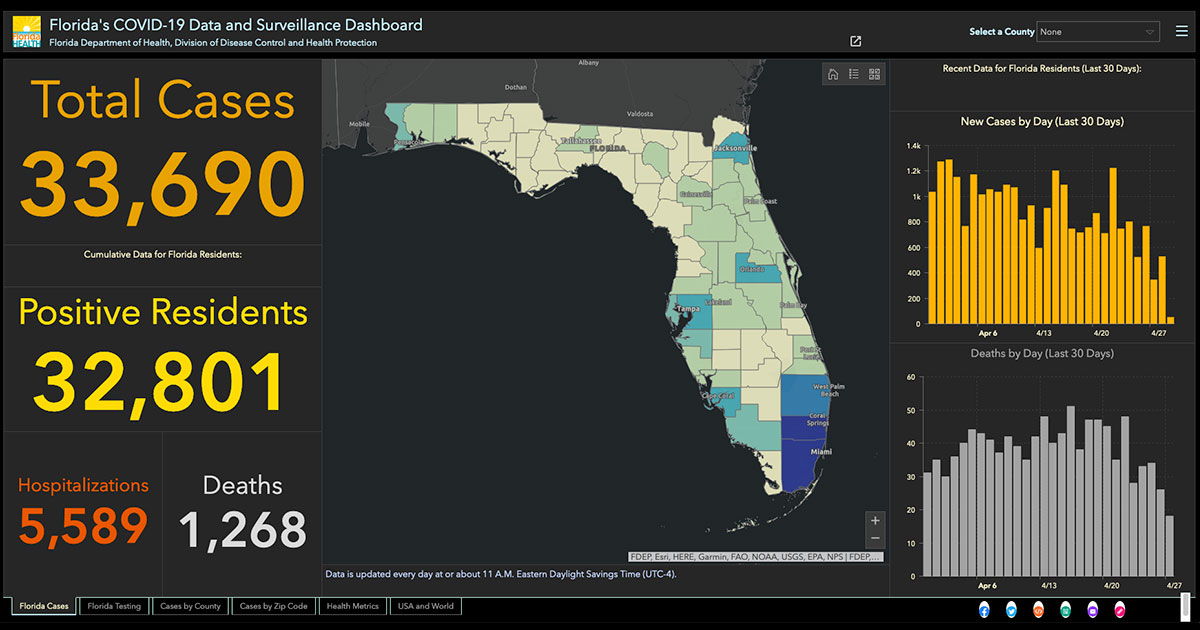 About half of the 35 coronavirus deaths that have occurred on the Treasure Coast have been associated with longterm care facilities. The average age of the people who have died in the three counties is 81.

The Florida Department of Health on Thursday also reported an additional death in Martin County, a 79-year-old man whose case was first reported April 22.

The Florida Department of Health’s daily report on Thursday showed an increase of 13 coronavirus cases on the Treasure Coast: eight more cases in St. Lucie and five more in Martin. Indian River remained at 90 cases for the fourth day in a row and has reported only one additional case in the last week.