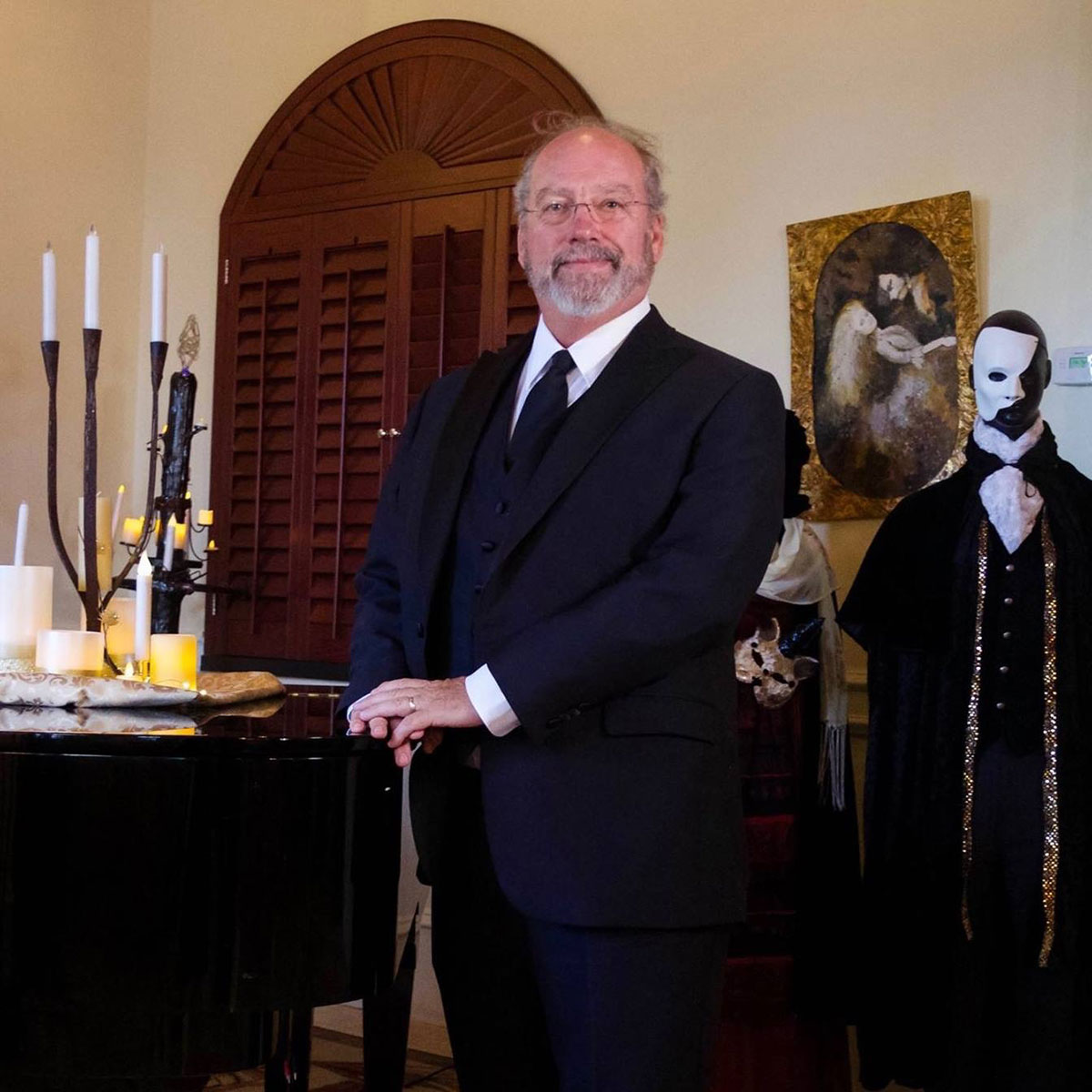 NEW YORK, NY, February 13, 2019 – Ray Adams has been conducting choirs in Vero Beach for 35 years, preparing them on several occasions to sing at New York’s Carnegie Hall for other conductors. But on Sunday, March 31 at 2 pm, as part of MidAmerica Productions’ 36th annual concert season, he will ascend the fabled podium for the first time to lead a choir of more than 140 voices – including singers from two Vero Beach groups – and the New England Symphonic Ensemble, in the exuberant Gloria by British composer John Rutter.

“This will be my Carnegie Hall debut as a conductor,” says Dr. Adams, “and a great opportunity to pay tribute to two giants of the choral world. I have sung in choruses that John Rutter conducted going back as far as 1985; on one occasion, I even accompanied a rehearsal for him when the pianist was late. As important, I had a wonderful relationship with his mentor, Sir David Willcocks, with whom I performed both in the United States and England, and with whom I studied conducting during a two-week summer session at the Cincinnati Conservatory of Music. I am privileged to honor these two men and their rich choral tradition in conducting John Rutter's Gloria.”

Gary Miller, the Director of the Indian River Charter High School Concert Choir, adds, "I never grow tired of bringing my students to sing in Carnegie Hall. To prepare the choir for Dr. Adams just makes it a bit more sweet.”

In an unusual “podium sharing” arrangement, the same chorus will also perform another setting of the Gloria text by American composer Michael John Trotta, who will conduct his own work in its New York premiere. "I am delighted to return again to Carnegie to conduct Gloria,” states Mr. Trotta. “It will be exciting to hear not one, but two Glorias, the Rutter from the 20th century and mine from the 21st.”

The choir will consist of members of the following ensembles:

The March 31 concert will also include a performance of the Fauré Requiem, featuring soloists Megan Nielson, soprano and Suchan Kim, baritone. Sterling S. Poulson will lead a choir drawn from the following ensembles:

The concert will conclude with a performance of Morten Lauridsen’s contemporary classic, Lux Aeterna, conducted by Geoffrey Paul Boers with a chorus of more than 140 drawn from the following three ensembles, all from Washington State:

Concerts in the Isaac Stern Auditorium/Ronald O. Perelman Stage are $150, $100, and $50. Tickets may be obtained by contacting CarnegieCharge at 212-247-7800, visiting the Carnegie Hall Box Office at 57th Street and 7th Avenue in New York, NY, or by going online to www.carnegiehall.org. For more information, contact molly.waymire@piptix.com

Ray Adams received his Doctor of Musical Arts, Master of Fine Arts, and Master of Arts degrees from the University of Iowa. He received his Bachelor of Sacred Music degree from Wittenberg University in Springfield, OH. While at Wittenberg, he spent his junior year abroad studying at the famed Berliner Kirchenmusikschule in Berlin, Germany. For twenty years, he was Director of Music/Organist at Community Church of Vero Beach. While at Community Church he founded the Vero Beach Choral Society, the Indian River Symphonic Association, and the Academy for the Performing Arts. For the past eighteen years, he has been the founding Assistant Director/Artistic Director of the Indian River Charter High School, Schumann School for the Visual and Performing Arts. Throughout his career, he has continued as an active soloist playing organ recitals and conducting various choral and symphonic works. He is also well known for his jazz piano skills and his frequent solo and trio playing with Soulfege.

The Indian River Choral Union was developed to foster an appreciation of the masters of the choral repertoire, and to enhance the Indian River Charter High School choirs’ performances of these works. The Union is a group of adults willing to sing with youth to encourage the understanding that choral singing can be a lifelong adventure.

Indian River Charter High School was established in 1998, and the Visual and Performing Arts (VAPA) department in 2002. The choir program, under the direction of Gary Miller since it began, provides an environment conducive to enhancing students’ learning experience, creating discerning listeners, developing love of great music, and growing great citizens. The IRCHS choirs perform extensively throughout the county each year, have performed five times at Carnegie Hall, and appeared at the Festival of the Aegean in Greece.

About MidAmerica Productions
Maestro Peter Tiboris created and conducted his first concert in New York on January 7, 1984, at Lincoln Center, featuring The American Symphony Orchestra, soloists, and three choruses, the Louisiana Chorale of Acadiana, Camerata Singers of Baton Rouge, and Collegiate Chorale of New York. Although he didn’t realize it at the time, Mr. Tiboris had just started his own successful production company, MidAmerica Productions, which would become the foremost independent producer of choral concerts in Carnegie Hall.

Additionally, MidAmerica Productions has presented concerts in numerous U.S. cities and in countries throughout the world, including Greece, England, Austria, Bulgaria, the Czech Republic, Italy, France and Russia.