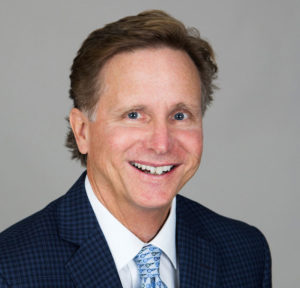 The award will be given during a dinner Thursday, March 1, at the Indian River State College Richardson Center at the Mueller Campus in Vero Beach. The award, which recognizes the entrepreneurial spirit, business excellence, and community involvement, is a central element of the Dan K. Richardson Entrepreneurship Program established by the IRSC Foundation and 13 other founding members to promote awareness and appreciation of the free enterprise system.

“Recognizing the spirit of entrepreneurship and the role that it plays in developing communities and supporting their economic success is crucially important,’’ said IRSC President Dr. Edwin Massey. “Allen Osteen’s innovation, drive and persistence exemplify the characteristics of a successful entrepreneur and it is a great honor to present him with the 2018 Entrepreneur of the Year Award. As the fourth generation of leadership of one of the oldest independent lumber and building material dealers in Florida, Allen propels East Coast Lumber and Supply Company into the 21st century as a thriving and respected enterprise. And his strong commitment to community led him to co-found Indian River Magazine, which has been serving the Treasure Coast for more than a decade.”

Osteen joined East Coast Lumber in 1989 as chief executive officer and owner. Looking for opportunities for growth and expansion in the lumber business, Osteen in 1996 became a partner with Joyner Lumber in Lakeland, serving as vice president and owner. In 2006, he and childhood friend Gregory Enns launched Indian River Magazine, a highly successful enterprise producing five separate titles that highlight local communities, events and activities. Osteen serves as vice president and associate publisher of the company.

For more information about the Dan K. Richardson Entrepreneurship Program, call the IRSC Foundation at 772-462-4786 or visit www.irscfoundation.org.

ENTREPRENEURS OF THE YEAR