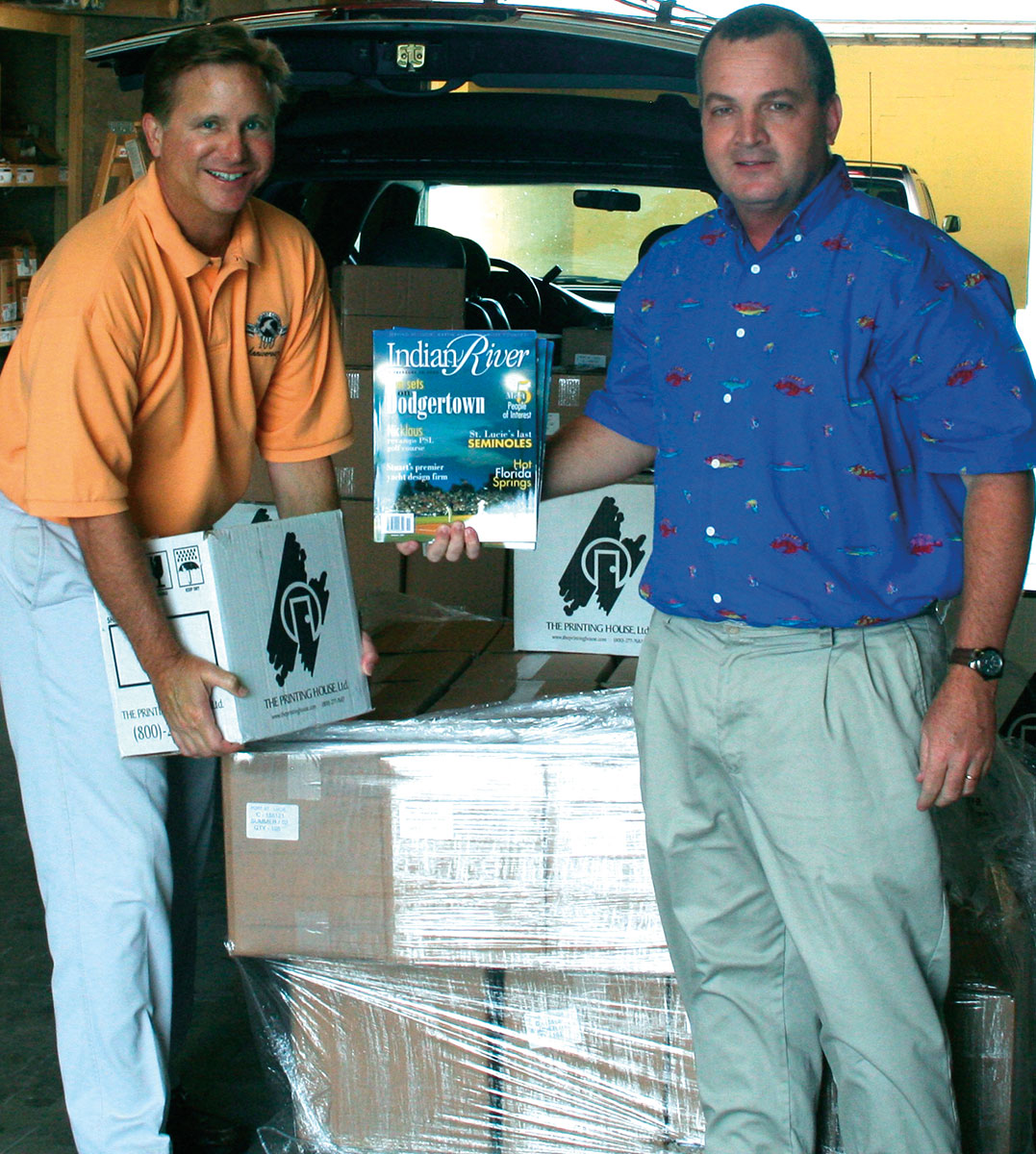 It was the most unlikely of places to initiate a business deal.

But it happened 10 years ago at Riverside Memorial Park cemetery in Fort Pierce.

I was there waiting for the hearse to arrive for the burial of my uncle, former Fort Pierce Mayor Eddie Enns. His funeral Mass had been held a few minutes earlier at St. Andrew’s Episcopal Church downtown and the hearse was slow to arrive.

While waiting, I ran into an old friend, Allen Osteen. We had both grown up on the Indian River, attended high school together and spent our college years in New Orleans. We had been in each other’s weddings, but hadn’t seen each other in years.

As we waited for the hearse, we jumped around the cemetery, visiting the gravestones of our various relatives going back more than 100 years along these shores. It was like something out of Thornton Wilder’s Our Town. 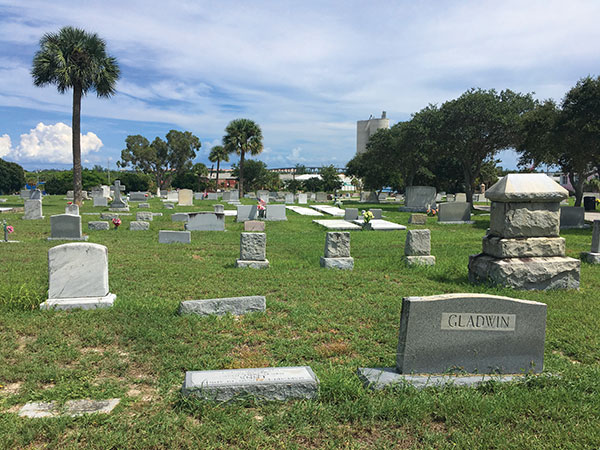 Discussions that led to the business partnership between magazine publishers began before a service at Riverview Memorial Park in Fort Pierce.

As Allen and I caught up over the years, I told him I was thinking about coming back to the Treasure Coast and starting a magazine. I had spent 30 years as a reporter and editor at various newspapers on Florida’s west coast and most recently as the managing editor of The New York Times newspaper in Tuscaloosa, Ala.

It was there that I received my first introduction to the magazine business, launching Tuscaloosa Magazine as part of a company initiative to create magazines in selected communities where its newspapers were.

The reaction to the magazine was tremendous. The format was very much like what we have at Indian River. People enjoyed the beautiful photos, the personality profiles, our society and nonprofit coverage. They felt the magazine portrayed their community in a positive light and they were proud to display it on their coffee tables at home or in their waiting rooms at work.

As I spent more time working on Tuscaloosa Magazine and putting out more issues, I learned a great deal from my colleagues about circulation and advertising.

I knew what the cost to put out each issue was and I got the idea that I could embark on a similar venture on my own or with a partner in a different market.

Back to the cemetery, though it might not have been the appropriate place to say it, I told my old friend I was looking for investors in my magazine project. Allen, co-owner of East Coast Lumber, indicated he might be interested and told me to come and visit him at the office.

When we met, I showed him a business plan. My timing was great. It was at the height of the building boom in 2006, when Allen was running three truss plants and truck after truck carrying packs to build new homes were leaving his lumber yards daily. Allen said he was interested, suggested we be 50/50 partners and we didn’t need other investors. He said it would be a lot easier to make decisions and run the company. It was good advice and it was true and it has been a great partnership ever since. 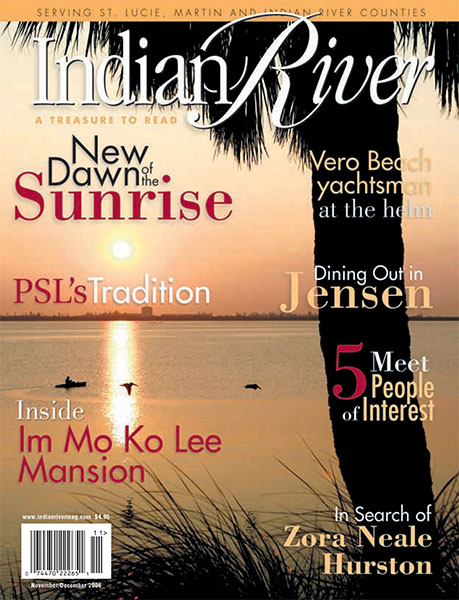 The first issue of Indian River Magazine (Vol. 1, No. 1) featured a photograph of the Indian River that was taken by photographer Porfirio Solorzano at dawn in front of the childhood home of Enns.

With everything in place to launch our magazine in the fall of 2006, I went about the task that summer of letting the folks at the Tuscaloosa paper and The New York Times know I was leaving to start my own magazine. The New York Times Co. was a wonderful organization to work for and I was fortunate to know the chairman, Arthur Sulzberger Jr., through various company-wide recruiting and diversity committees I served on. Arthur even good-naturedly busted my chops when I decided to leave, referring to it as a “bonehead decision.’’ 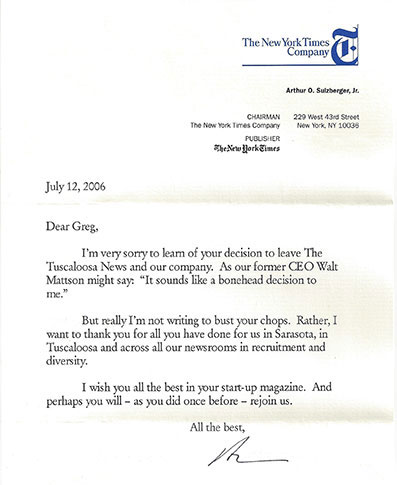 New York Times Co. Chairman Arthur Sulzberger Jr. good-naturedly ribbed Enns in a letter when he decided to leave his company to start his own magazine.

When I arrived back on the Treasure Coast, I faced the task of putting out a magazine from nothing. I had this idea when I started that, as publisher, I wouldn’t have to worry about selling advertising. Boy, was I wrong.

We were lucky to have Sunny Gates and Ed Drondoski selling advertising for us in those first issues — both of whom, by the way, still work with us — but I quickly learned that I’d have to sell advertising, too, if I wanted the magazine to succeed, even though I had never sold anything before. 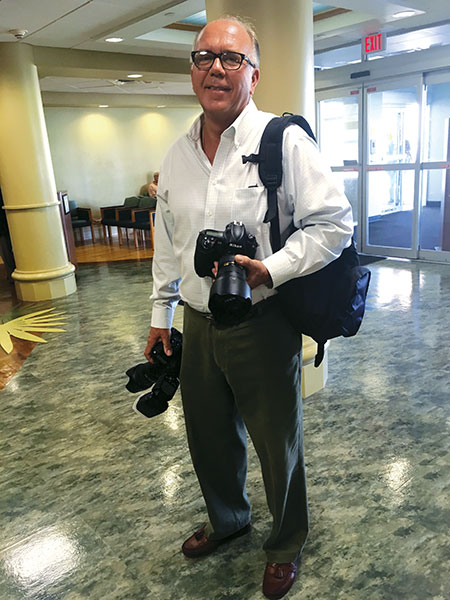 I made my first pitches to friends Robin Dannahower and Kathleen Fredrick at the Backus museum, who critiqued my presentation and signed an advertising contract. A few days later, I met an old high school friend, Pat Murphy of Hoyt C. Murphy Real Estate, for lunch and he signed a deal even before our waitress brought our meal.

Allen and I visited Hal Roberts, then president of Harbor Federal, and he signed a deal for the back cover of the magazine for a year. Appliance dealer John Jetson signed on for four pages each issue. Terry and Fred Rieger of Diamonds by Terry gave us a foothold in Stuart and Kathy Post of Post Insurance opened the doors for us in Port St. Lucie.

With the business side off to a good start we also began developing editorial content, attracting some of the region’s best writers. Many of those from our first year — Susan Burgess, Janie Gould, Gloria Taylor Weinberg, Greg Gardner and Willi Miller — still write for us today. And I was happy to add over the years Catherine Enns Grigas, Sandra Thurlow, Rick Crary, Donna Crary, Christina Tascon, Siobhan Fitzpatrick Austin, Jerry Shaw, L.L. Angell and Debra Magrann to our talented stable of writers.

For photography, during that first year, we brought in Porfirio Solorzano, who helped me start the Tuscaloosa magazine. Ed Drondoski spent a lot of time with Porfirio and made the transition from sales to photography, and remains our chief photographer today. Rob Downey, Bob Dobens, Lori Van Dien and John Biondo round out our photo staff.

I took on most of the editing tasks in the early years, but have been fortunate to have longtime friends Jay Goley, Judith Collins, Julie Blomquist and Patricia Durham take on many of those duties. Michelle Moore Burney has been our chief editorial and ad designer for the last nine years.

Because I wanted our magazine to reflect the beauty of the region, one of the first things I did in starting the magazine was to head out to Adams Ranch and talk to Bud Adams, whose photographs of Florida’s backwoods are unparalleled. I told him what Allen and I were doing. He listened and told me he’d help me in any way he could and virtually turned over his photo library to us, along with the assistance of his son, Robbie, who helps edit and write captions for the photos. Bud’s photography has appeared on the last page of our magazine in our Back Country feature ever since the first issue was published. 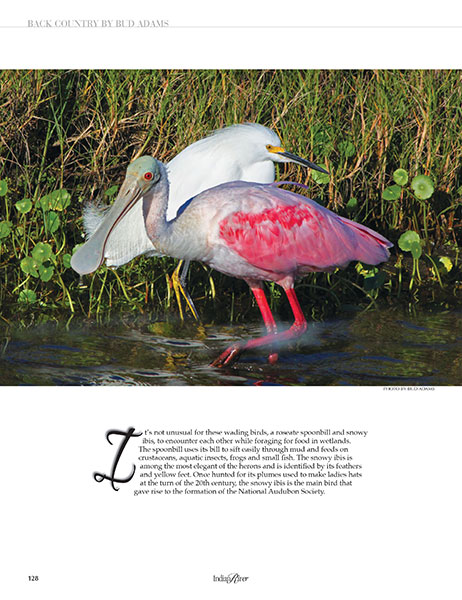 The photography of rancher and naturalist Bud Adams has been featured in every issue of Indian River Magazine since its launch 10 years ago.

The first issue came out in the fall of 2006 and featured a photo of the Indian River in front of my childhood home on the cover. The issue was packed with features, including the history of McKee Botanical Gardens, Zora Neale Hurston’s last days in Fort Pierce, Amelia Earhart’s secret flight to the Treasure Coast and the renovation of the Vaudeville-era Sunrise Theatre. The issue prompted local architect Bob Terry to send us a congratulatory note saying we had written all the good stories and wondering what we could possibly write about next.

Some 50 issues later, we still have more stories and ideas than we can manage to put in a single magazine. And even in that first year we began adding titles.

In 2007, we launched the Sunrise playbill on a wing and a prayer. Theater director John Wilkes had just arrived in Fort Pierce and was trying to put his first season together in just a few weeks. We brainstormed and put the first playbill together in six weeks. Nine years later, we still produce the playbill.

We’ve even published books. The latest, written by Anne Abood of Fort Pierce, is a novel about Beethoven’s love life.

We’ve also fully embraced the digital revolution. All our magazines are available free via flip-book version on our website. We also have a free app you can download to your phone or tablet that will allow you to read all our magazines for free. We also have launched the Treasure Coast Business website at tcbusiness.com, which is a service to promote the news of our advertising partners. We also distribute the weekly Treasure Coast Business e-newsletter.

All this would not be possible without our advertising staff. Sunny Gates is still our Fort Pierce ad representative along with Laurie Cox, who has run our office for the last seven years. Marsha Lange has been our ad rep in Martin County for the last five years. Kelly Farish recently joined us, representing us in Port St. Lucie and Vero Beach.

We have been fortunate to have our work recognized both locally and throughout the state. Most recently, in September, we received several awards, including one for writing excellence, from the Florida Magazine Association. 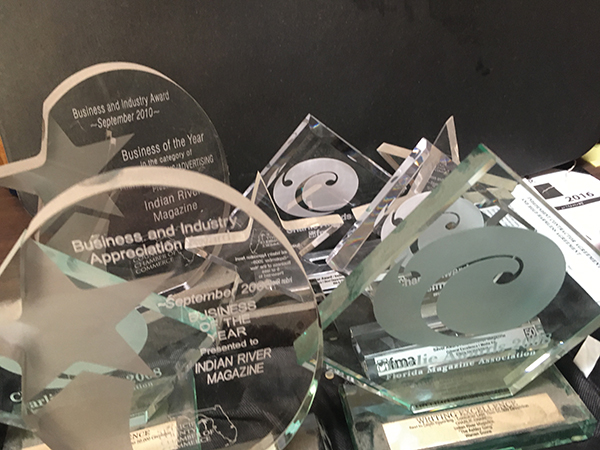 In its decade of existence, Indian River Magazine has received numerous awards, including two recent statewide awards from the Florida Magazine Association.

But our greatest reward is the response we receive from our many readers and advertisers who help us fulfill our mission of promoting the beauty, history, unique environmental qualities and outstanding personalities along the Treasure Coast.

So anyway, 10 years after the idea began at a cemetery, our company is thriving. Maybe starting a magazine company wasn’t such a bonehead decision after all.