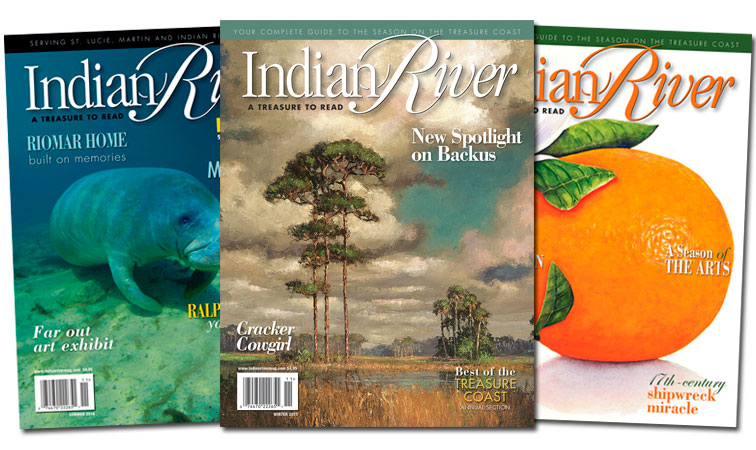 “The stories in this publication were compelling and provided a deep appreciation for the area and the people,” the FMA judges wrote in bestowing the award. “The stories were very well researched and presented in the most interesting ways — reflecting excellence in storytelling and writing.”

The magazine beat out second- and third-place competitors Sarasota Magazine, Gainesville Magazine and all other entrants in the under 20,000-circulation category. The award cited the Indian River Magazine staff who produced the summer 2016, holiday 2016 and winter 2017 editions.

“This award is a tribute to our outstanding staff,” Indian River Magazine Publisher Gregory Enns said. “We often boast that our magazine features the best writers on the Treasure Coast, and now we can say they are among the best in Florida.”

The magazine also received three other awards for editorial excellence.

Associate Editor Judith Collins also won a silver award for best feature headline writing. Headlines cited were Adventures on a Treasured Island, Hooked on Bass, and A Brush with Space.

Design Editor Michelle Moore-Burney won a bronze award in the under 20,000-circulation category for best feature design for the Hooked on Bass design she did for Christina Tascon's story on bass fishing on Blue Cypress Lake.

Indian River, the largest general-interest magazine in the region, was founded in 2006 by Treasure Coast natives Gregory Enns and Allen Osteen and has grown to include a portfolio that includes Port St. Lucie Magazine, Fort Pierce Magazine, the St. Lucie Travel Guide and program guides for the Sunrise Theatre in Fort Pierce and Emerson Center in Vero Beach.

To read about the history of the magazine, click here.