Katie Enns, the first speech therapist in the St. Lucie County School District, died early Wednesday at her home with her family at her side.

Her charmed life began on July 22, 1930, in Cedar Rapids, Iowa. She was born Catherine Ann Duster, the third child of grocer Charles H. Duster and his wife, the former Cleo Handley, a conservatory-trained pianist.

The family lived in a rambling house on what was then the outskirts of Cedar Rapids in a household that also included older sister Margaret (b. 1924), older brother William (b. 1925), and younger brother Chuck (b. 1934) and became an Iowa headquarters for various extended relatives in the Duster and Handley families.

Though Katie was born and raised in the grips of the Depression, her father’s grocery store ensured she and her siblings never went hungry or without. The family’s life was centered on work at the Duster Bros. Supermarket and church and school at Immaculate Conception Parish in Cedar Rapids. It was a childhood of family picnics, dance recitals, sing-alongs and travels to various cities throughout the United States for grocery conventions.

Katie attended Barat College of the Sacred Heart in Lake Forest, Ill., for two years before transferring to Marquette University in Milwaukee to pursue a degree in speech therapy, a growing field aimed at correcting communication issues such as stuttering, lisps and resonance disorders. Her decision to become a speech correctionist — the term then used — was inspired by the stuttering of her younger brother, Chuck, who would become a Roman Catholic priest.

With a dislike for the cold and visions of perpetual sunshine, as graduation from Marquette approached, Katie wrote several school superintendents in Florida offering her services. She immediately accepted when St. Lucie County Superintendent Carl Huskey offered her the position of the first speech therapist for St. Lucie County School District. Today, the district has 48 speech pathologists, the term now used for the profession.

Katie traveled to Florida for the start of the 1952 school year in a red Mercury convertible her parents had given her for a graduation gift, the top down all the way. Traveling with her were college friend Nancy Anderson (Hurr) and childhood best friend Marilyn May (Dorrance).

Within a few weeks of her arrival, an enterprising reporter at The News-Tribune named Bob Enns interviewed her for a story on her new role as the district’s first speech therapist. By the end of the interview, he had asked her for a date. They married in Cedar Rapids on June 19, 1954. They had eight children over an 11-year period. Bob, an Army veteran, would later become the longtime editor of the newspaper.

As the district’s first speech therapist, Katie had to travel to a number of schools to give one-on-one lessons. Many principals didn’t know what to do with her or where to put her, and she often was relegated to a school utility closet that had been converted into a small classroom for her. One former student recalled that he received his speech lessons from Katie in a closet that the principal used for spankings back in the days of corporal punishment.

Because Katie had to cover so much ground and visit so many schools, one year the district, flush with cash from a federal grant, gave Katie an air-conditioned step van that she could drive to schools and give speech therapy lessons inside the van.

Her work as a speech therapist was conducted all while having and raising her family of eight. School board policy at the time required women to take a five-month leave of absence before birth and a four-month leave after giving birth. Unable to take such a long leave of absence without pay, she would seek a waiver to just take a few weeks before and after giving birth. Although the waiver was often granted, some principals required her to wear a jacket — even in hot weather — so that she would not reveal she was pregnant.

When she was unable to get a waiver to return to work immediately after the birth of her last child in 1966, she received a federal contract to help launch the Head Start program in Fort Pierce until she could return to work in the district.

Besides her work with the district, Katie created another career after school providing speech lessons to private students at various orthodontic offices in the area. She was also the first speech therapist for the Visiting Nurses Association in Vero Beach, providing speech therapy to patients whose speech was impaired by strokes. The extra income enabled her to send her eight children to Catholic school and provide them with many of the advantages she had as a child.

Katie and Bob with first child, Catherine, in 1955. 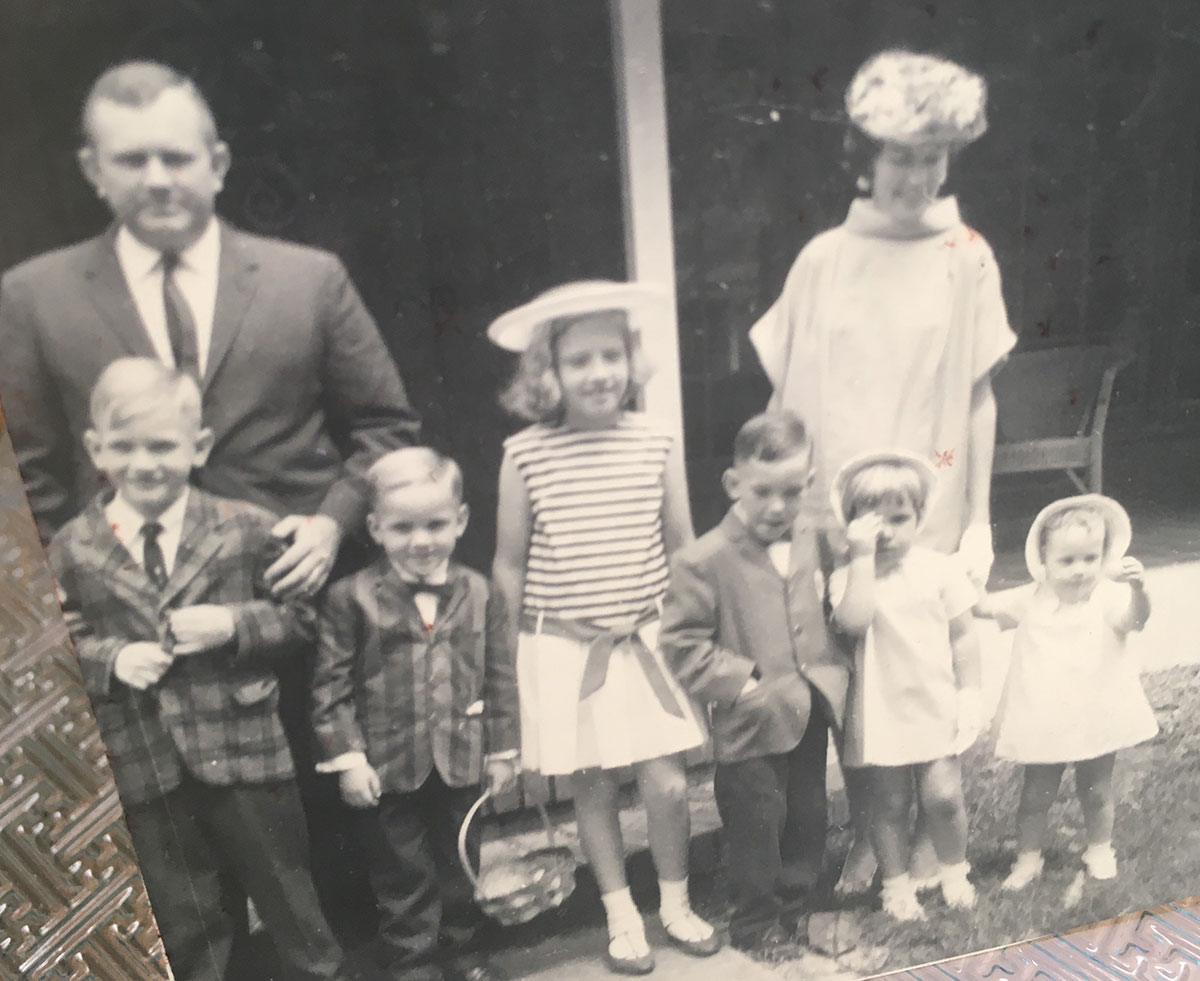 Katie and Bob with their growing family at Easter circa 1963. 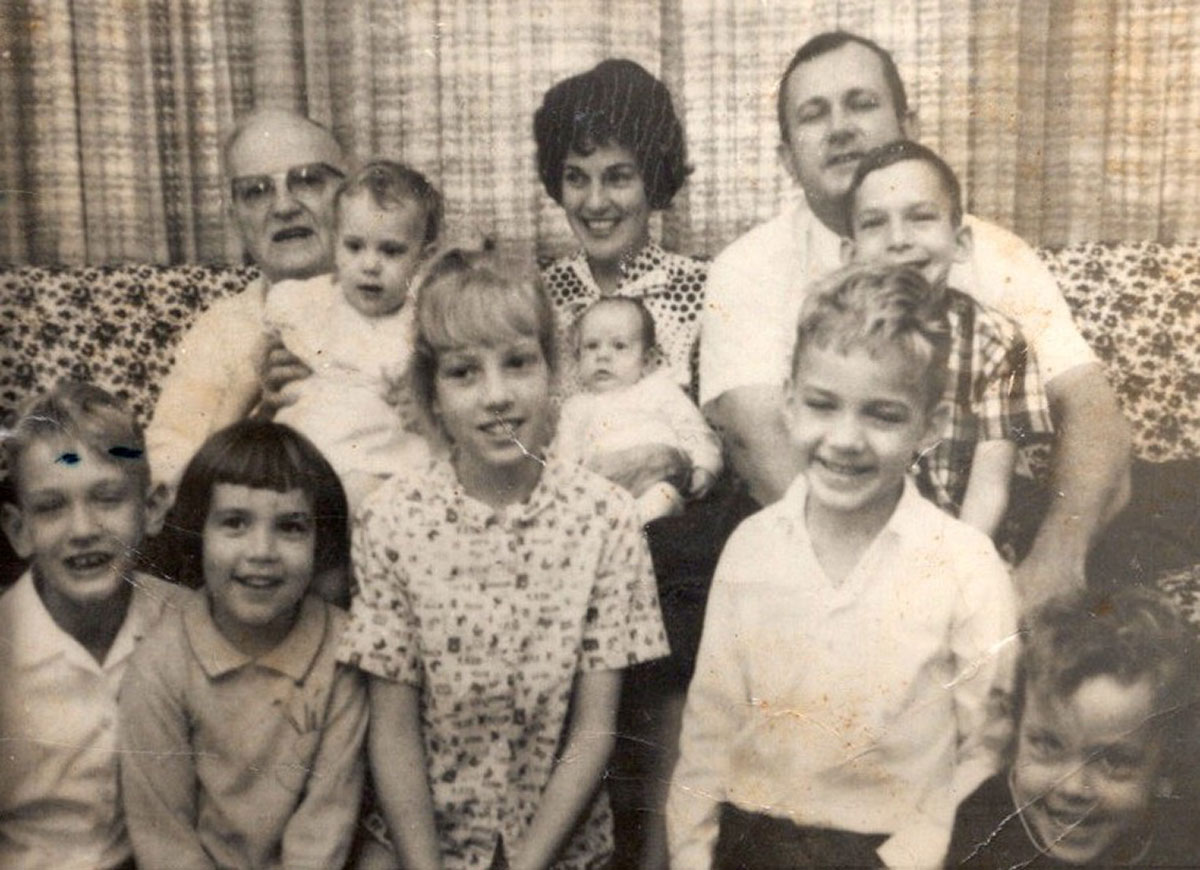 Katie and Bob after their youngest child, Jonathan, was born in 1966. At left is Katie's father, Charles Duster. 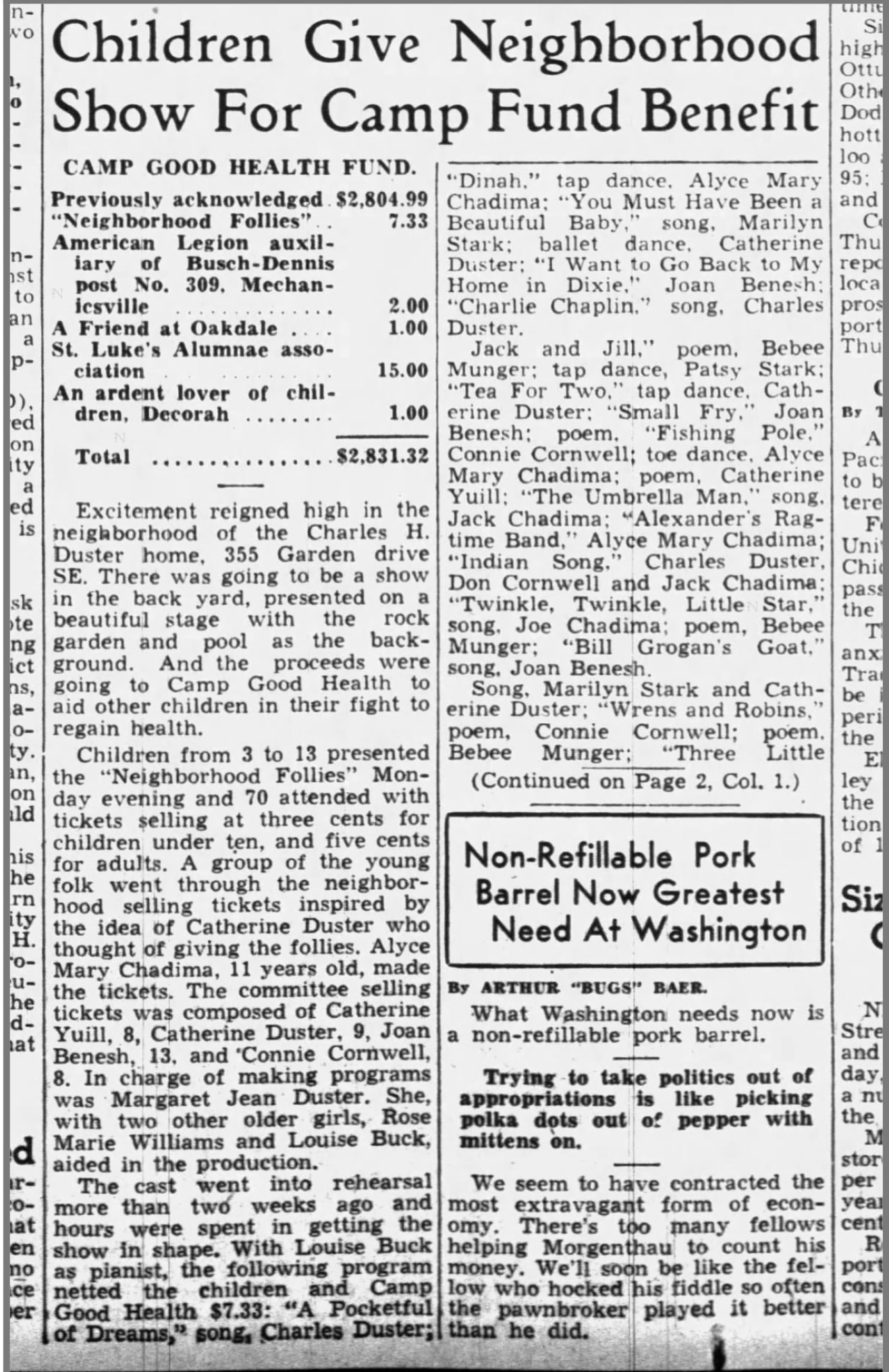 A 1939 front page article in the Cedar Rapids Gazette details a benefit Katie held when she was 9.

She also spent time at camps she and Bob had over the years at Cow Creek Ranch and Adams Ranch. Cow Creek owner Jo Ann Sloan and Katie were born on the same day and year.

After Bob died in 1990, Katie began a series of world travels with her brother, Chuck, a missionary priest in the Society of St. Columban. She visited Chuck several times while he was assigned to the Fiji Islands. During their travels, they often stayed at the residences of Columban priests. The accommodations ran the gamut from straw mats and huts in the Fijis to the luxury of the bishop’s quarters during a visit to Peru. During visits to Rome to visit her brother when he was assigned there, she had two meetings with Pope John Paul II.

Katie and Father Chuck were known for singing spontaneously at any occasion, and both knew much of the American songbook of the 1930s and ’40s by heart. Their singing antics began as children, when they would host backyard productions aimed at raising money for various causes.

In retirement, Katie traveled extensively to attend the various milestones of her grandchildren, to whom she was known as “Kakie.’' Since 1964, she has lived at the same home on South Indian River Drive where she and Bob raised their family. She filled it with an eclectic mix of antiques and art, including murals by her second son, artist Michael Enns of Coral Gables. 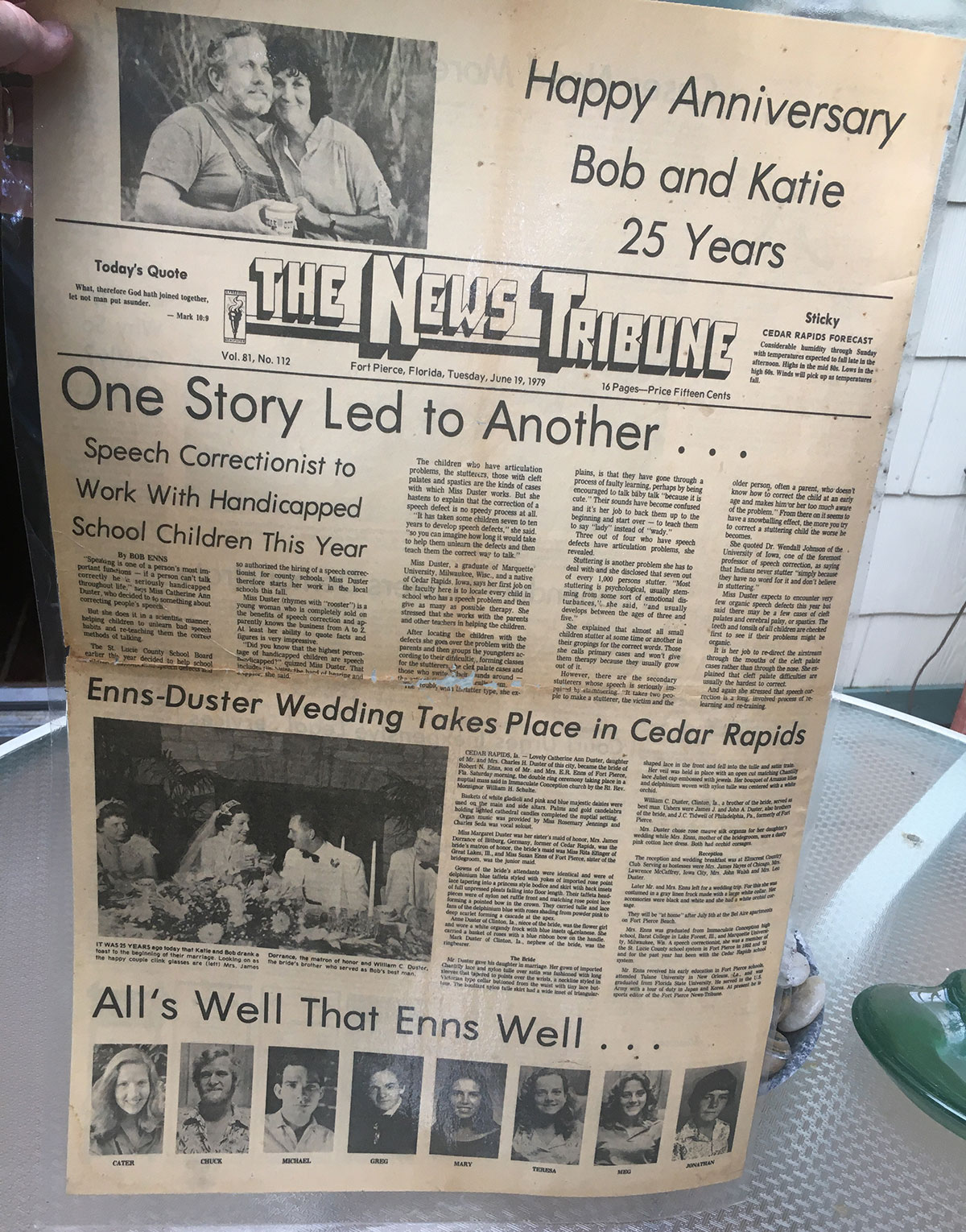 Friends at the News-Tribune created this special edition for Bob and Katie Enns on the occasion of their 25th anniversary in 1979. 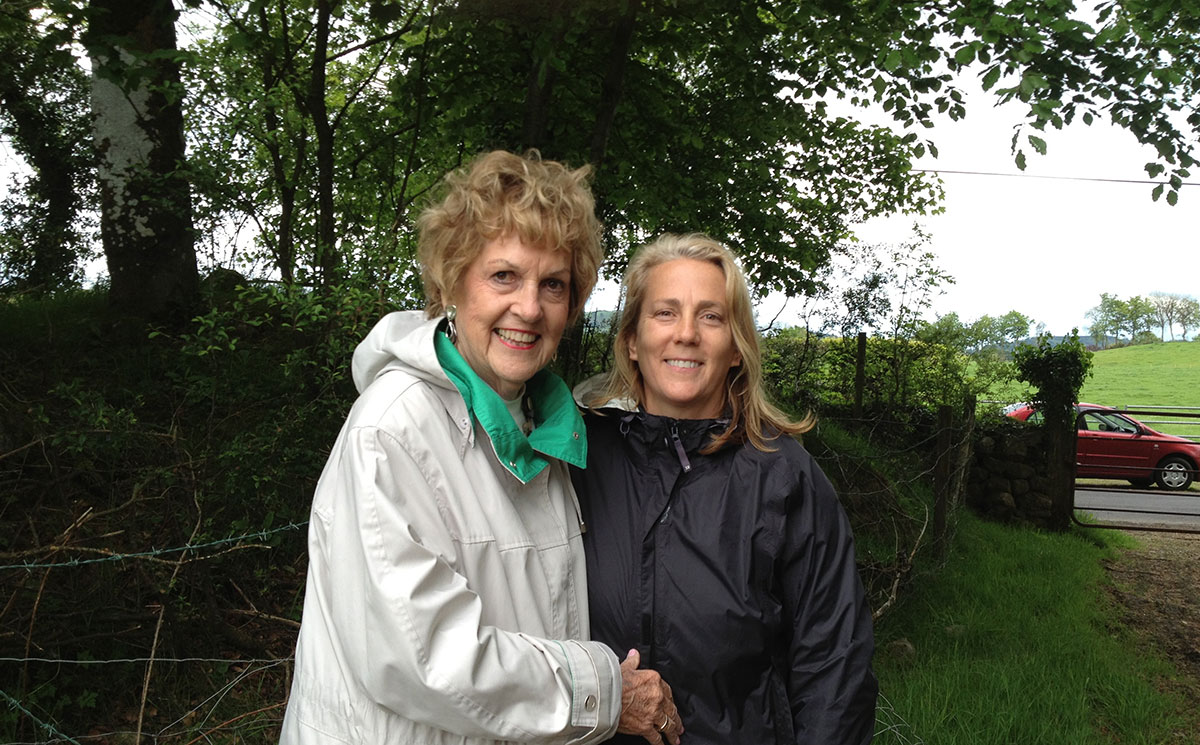 Katie and daughter Meg during a trip to Ireland. 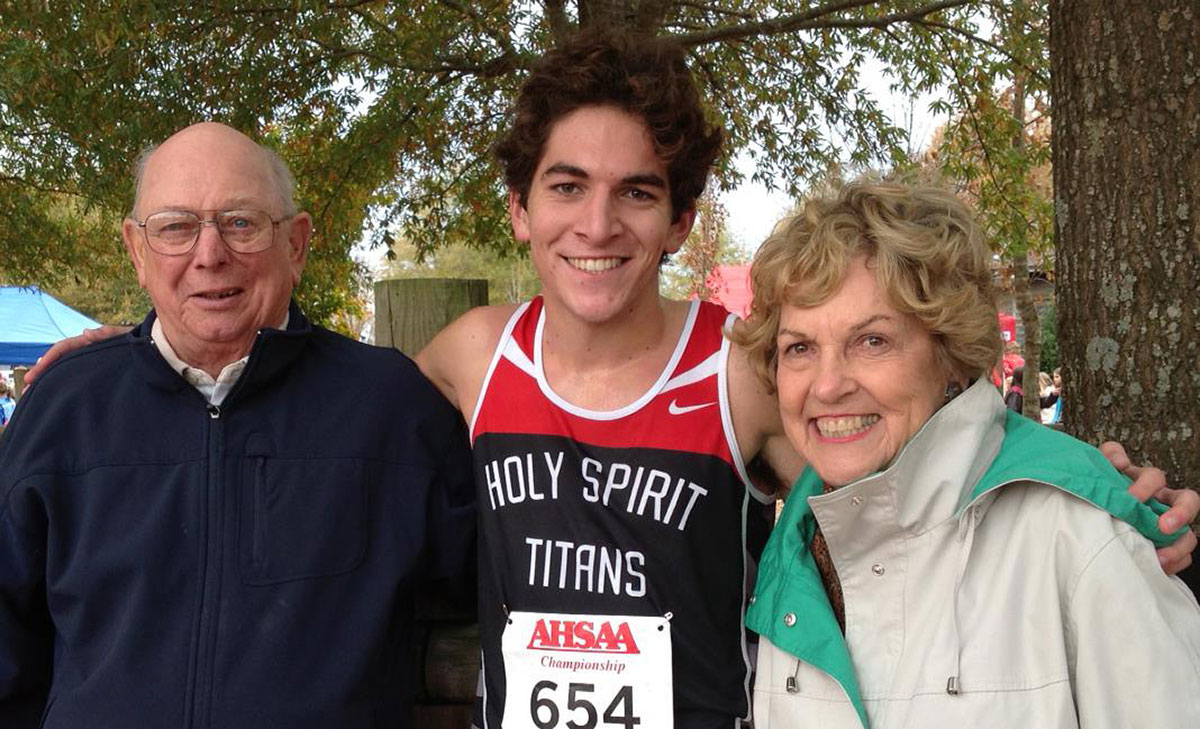 She enjoyed a longtime relationship with beau Herb Thurber, the trips they took to visit her various children and grandchildren and Herb’s summer home in Lake Orion, Mich.

Friends with landscape artist A.E. Backus since shortly after arriving in Fort Pierce, she had been a director of the A.E. Backus Museum and Gallery since 1990.

She was a 68-year member of St. Anastasia Catholic Church and a longtime member of the Pelican Yacht Club. She was also a founding member of the Florida Speech and Hearing Association.

Besides her husband, Katie is predeceased by sons Jonathan, who died Sunday, and Chuck, who died in 2013.

Mass of the Resurrection will be 1 p.m. Saturday at St. Anastasia Catholic Church Parish Center in Fort Pierce and will be live-streamed at stanastasiachurch.org and on the church’s Facebook page. Burial will be at Riverview Memorial Park. Yates Funeral Home in Fort Pierce is handling the arrangements.

In lieu of flowers, donations may be made to the Missionary Society of St. Columban (https://donations.columban.org/p-11-in-honormemory-of.aspx), P.O. Box 10, St. Columbans, NE 68056, or the A.E. Backus Museum and Gallery (https://backusmuseum.org/donate) 500 N. Indian River Drive, Fort Pierce, FL 34950. 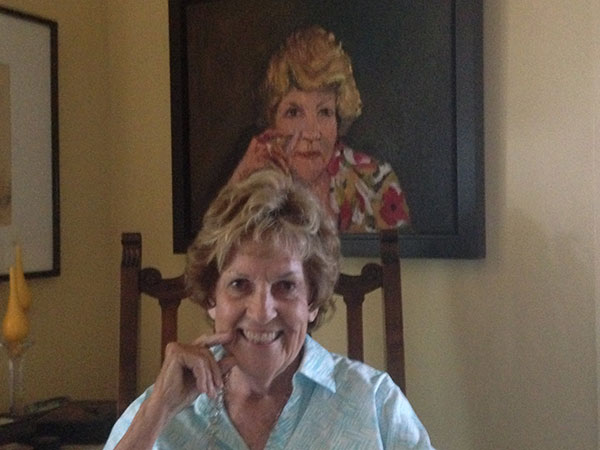 Katie in front of a portrait of her by son, Michael. 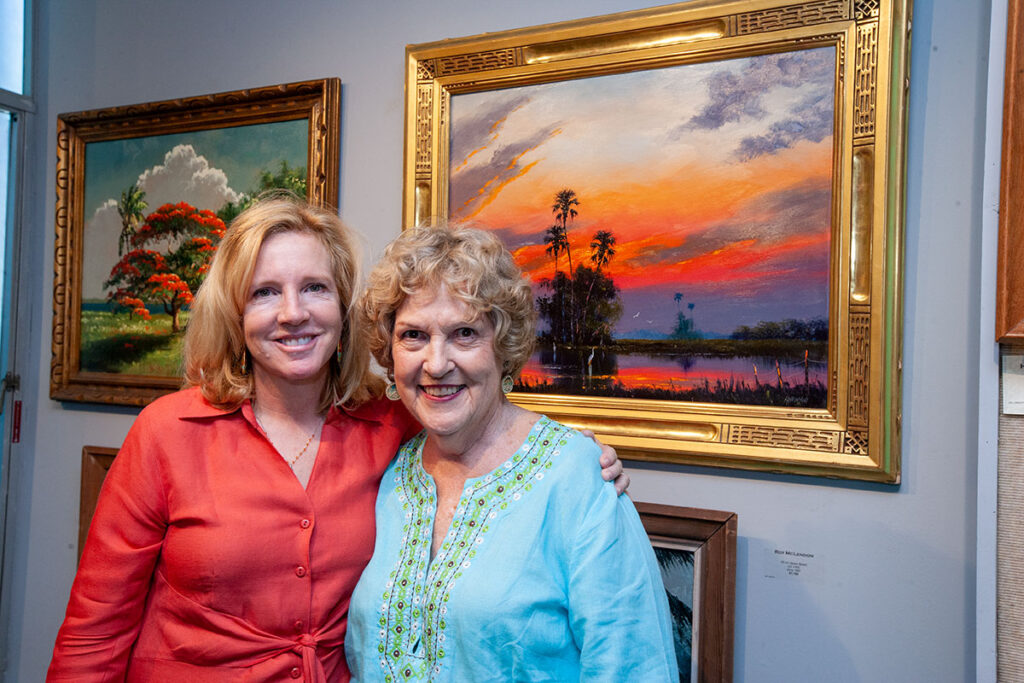 Katie with daughter Catherine Grigas at the A.E. Backus Museum, where she was on the board since 1990. 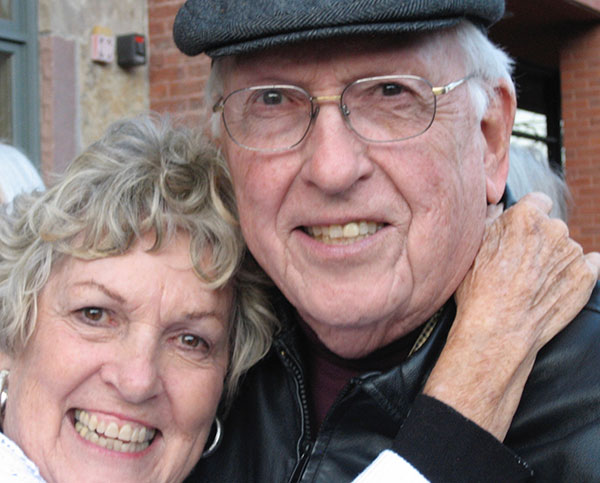 Katie with older brother Bill about 2017.

Katie at a baby shower 2 years ago for granddaughter Amber Kiger. 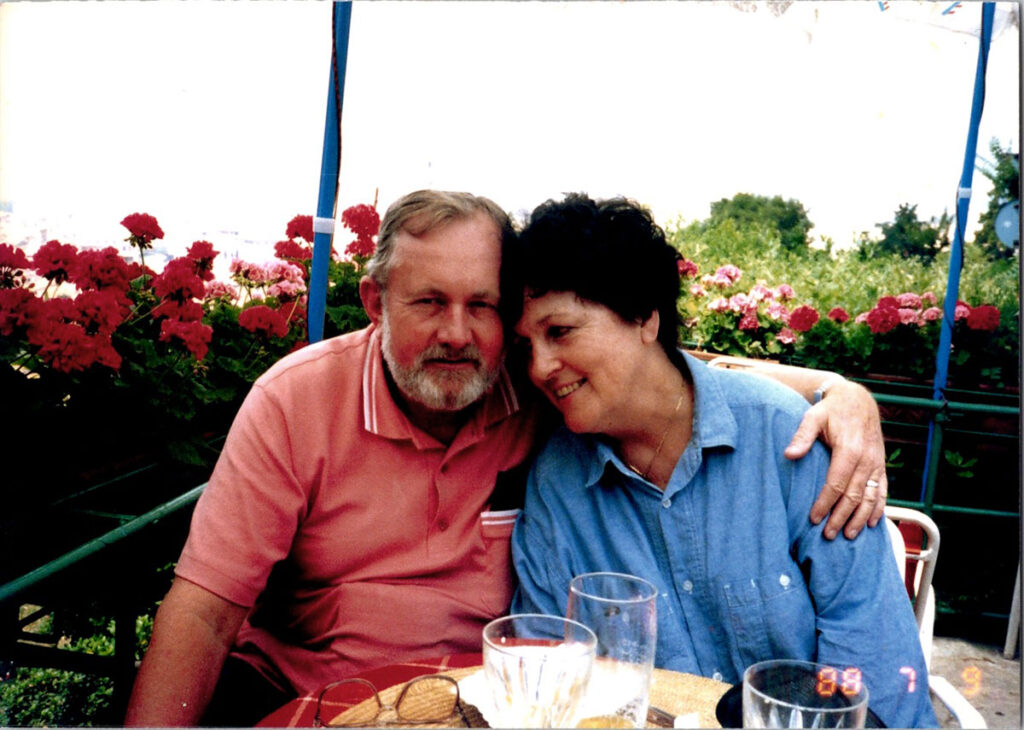 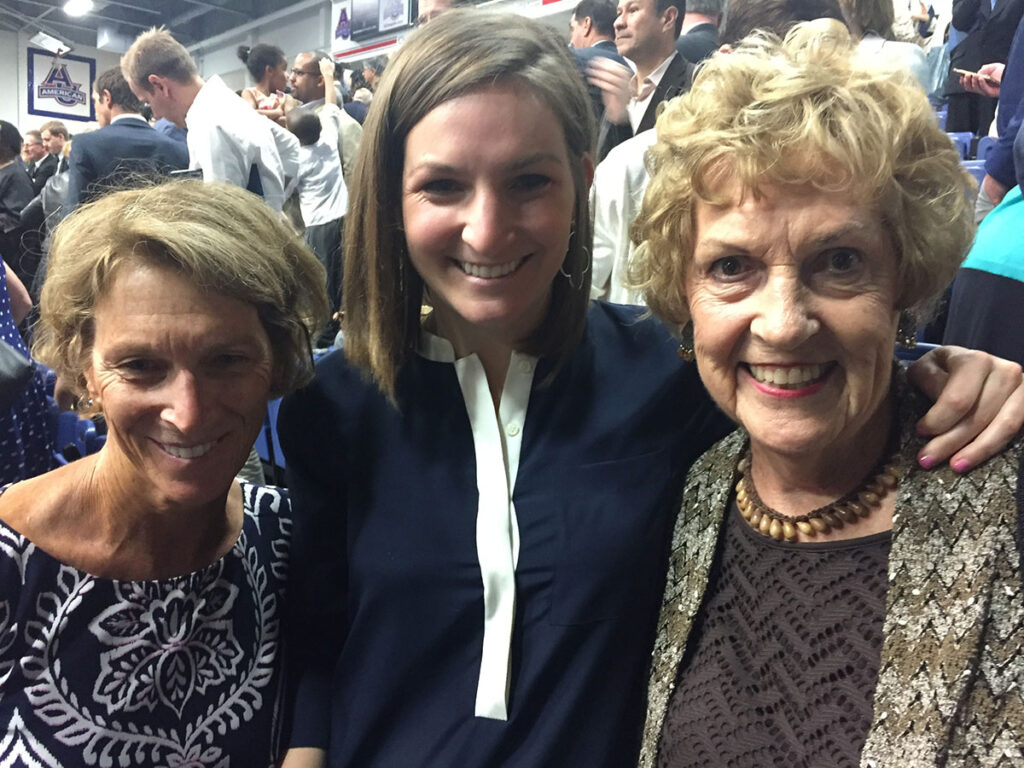 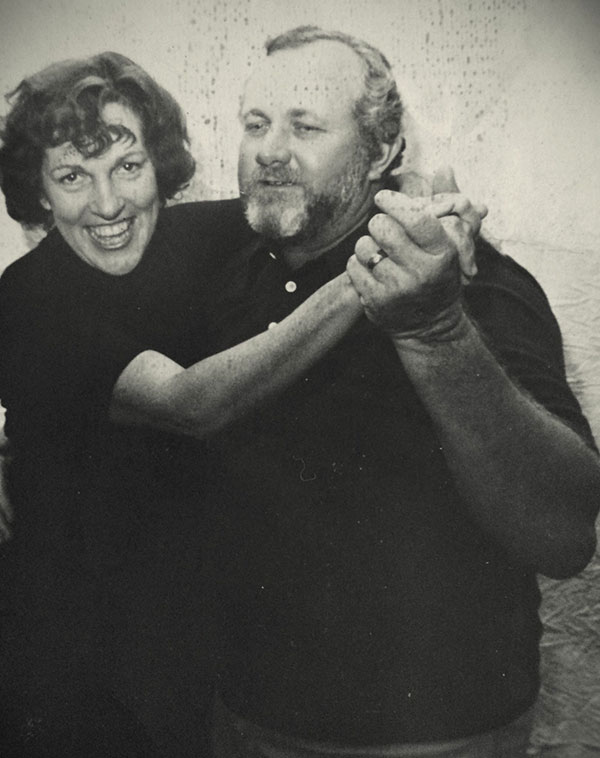 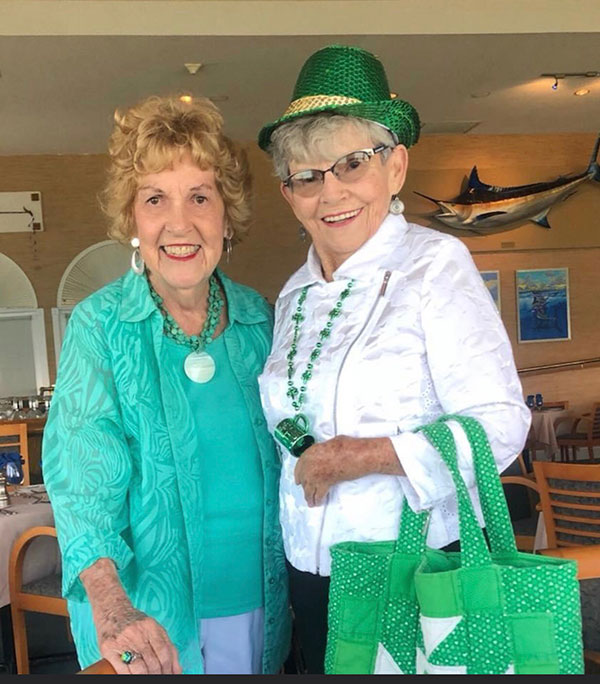 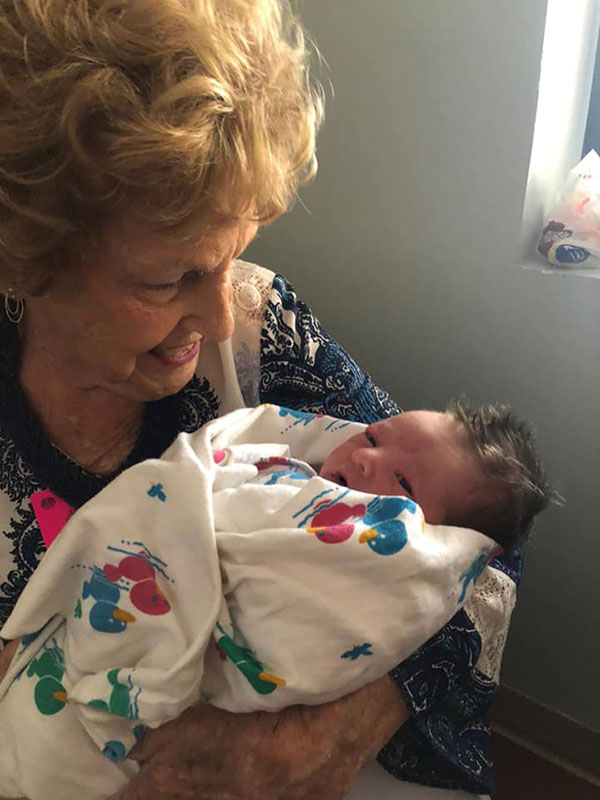 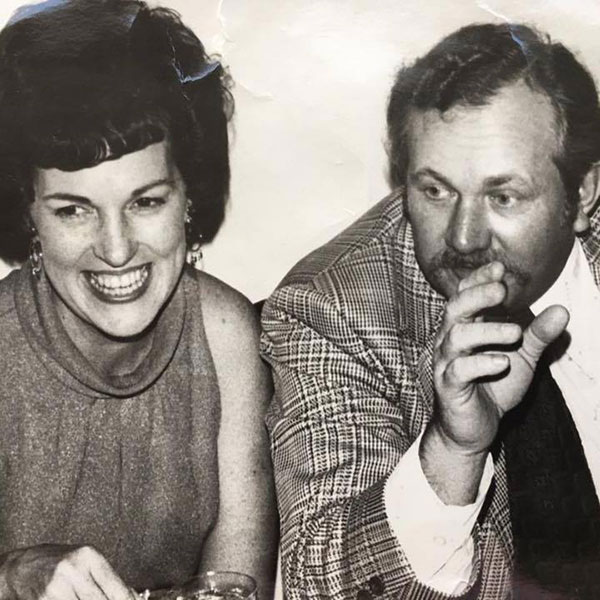 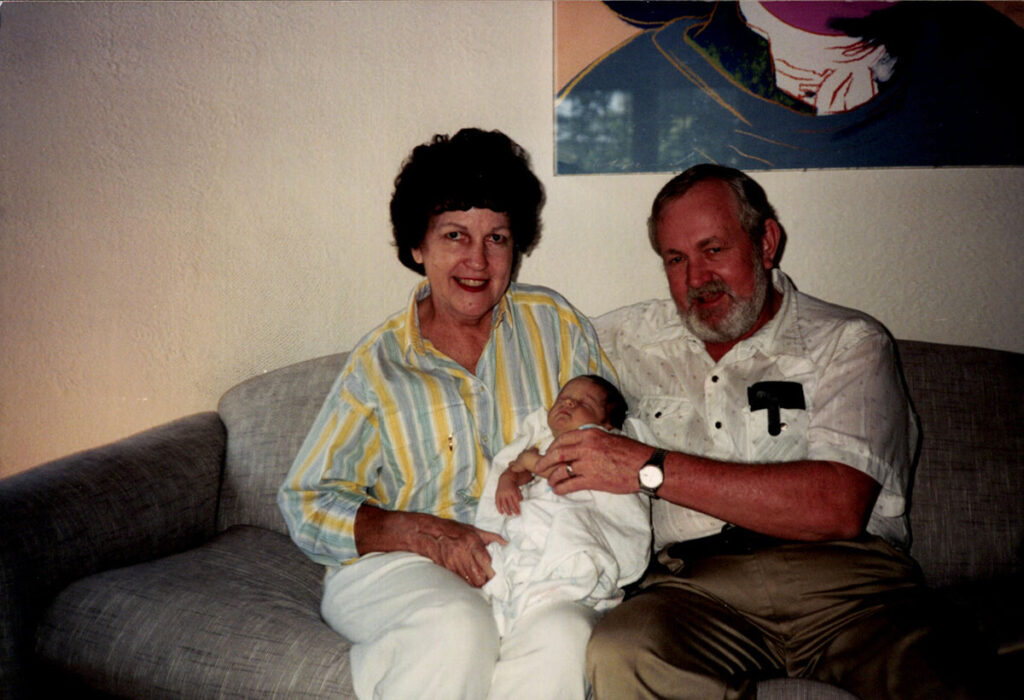 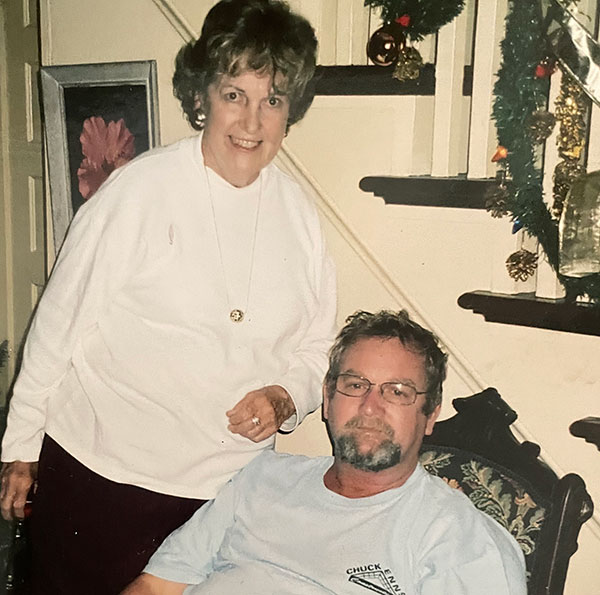 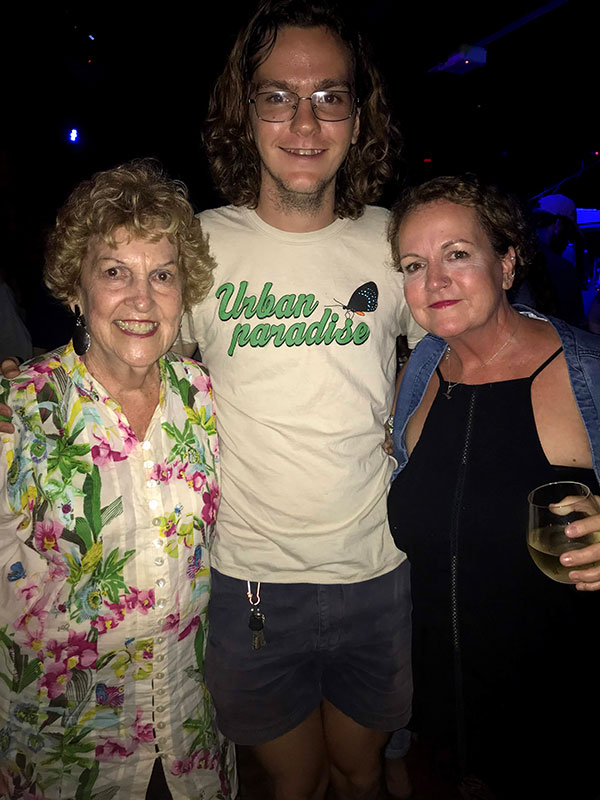 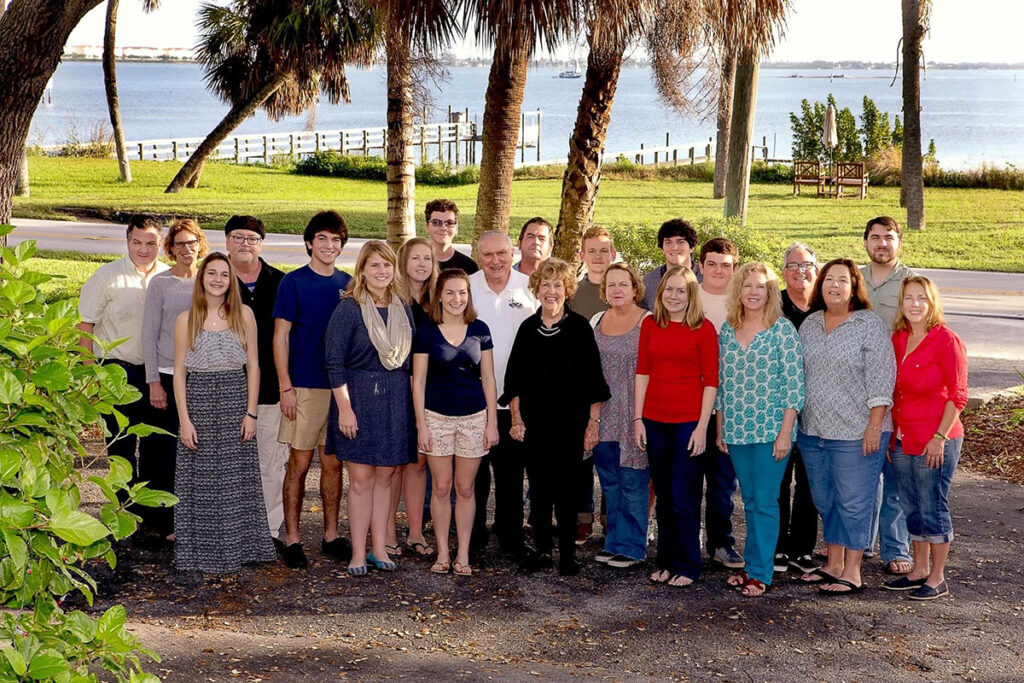 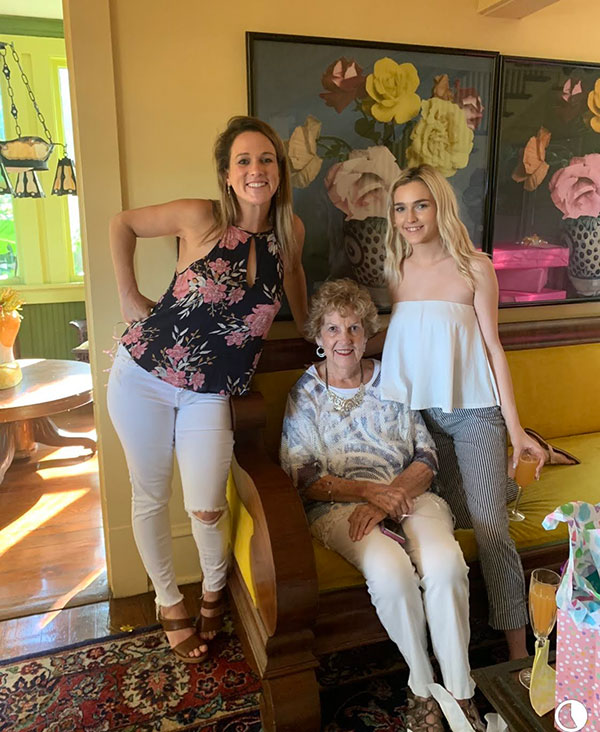 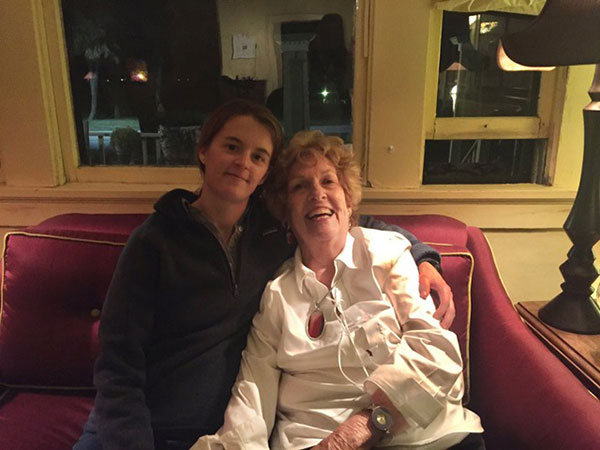 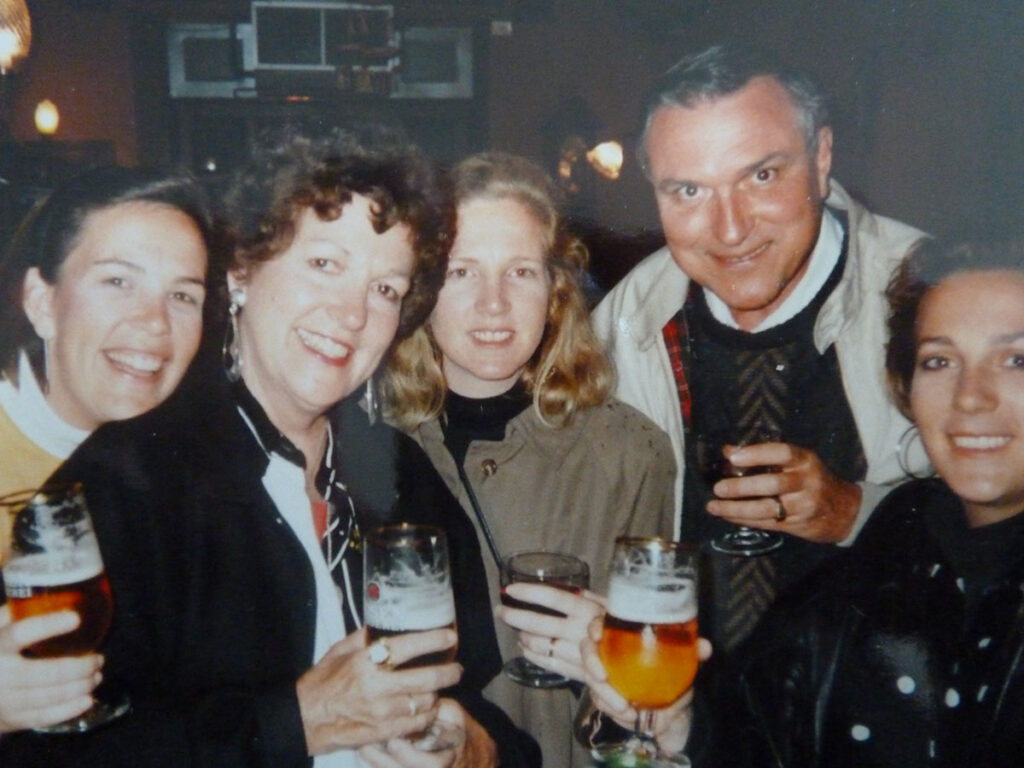 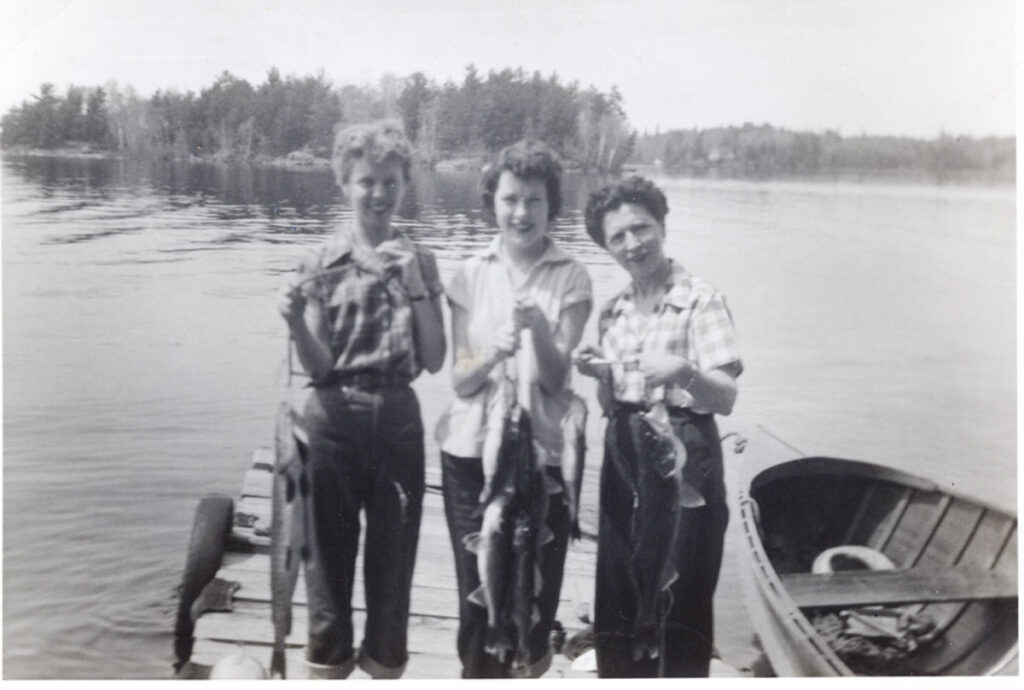 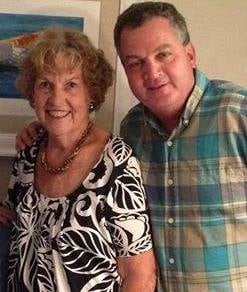 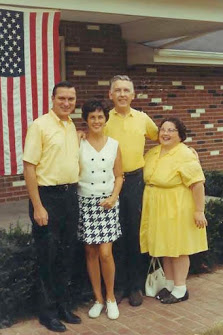 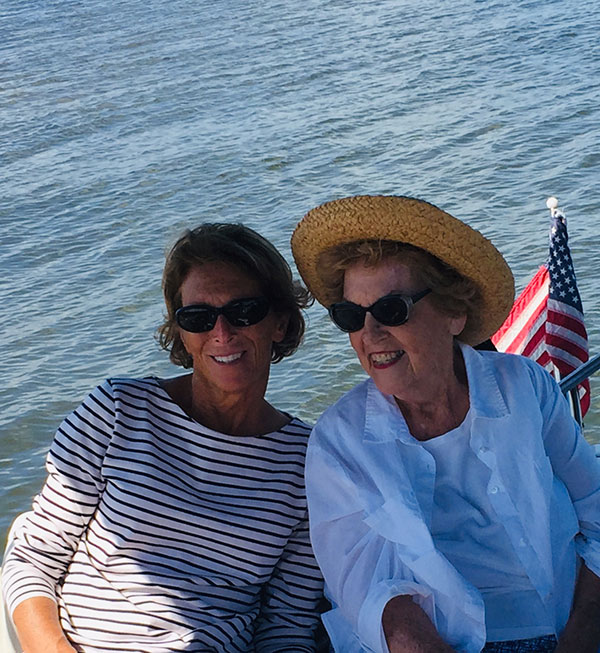