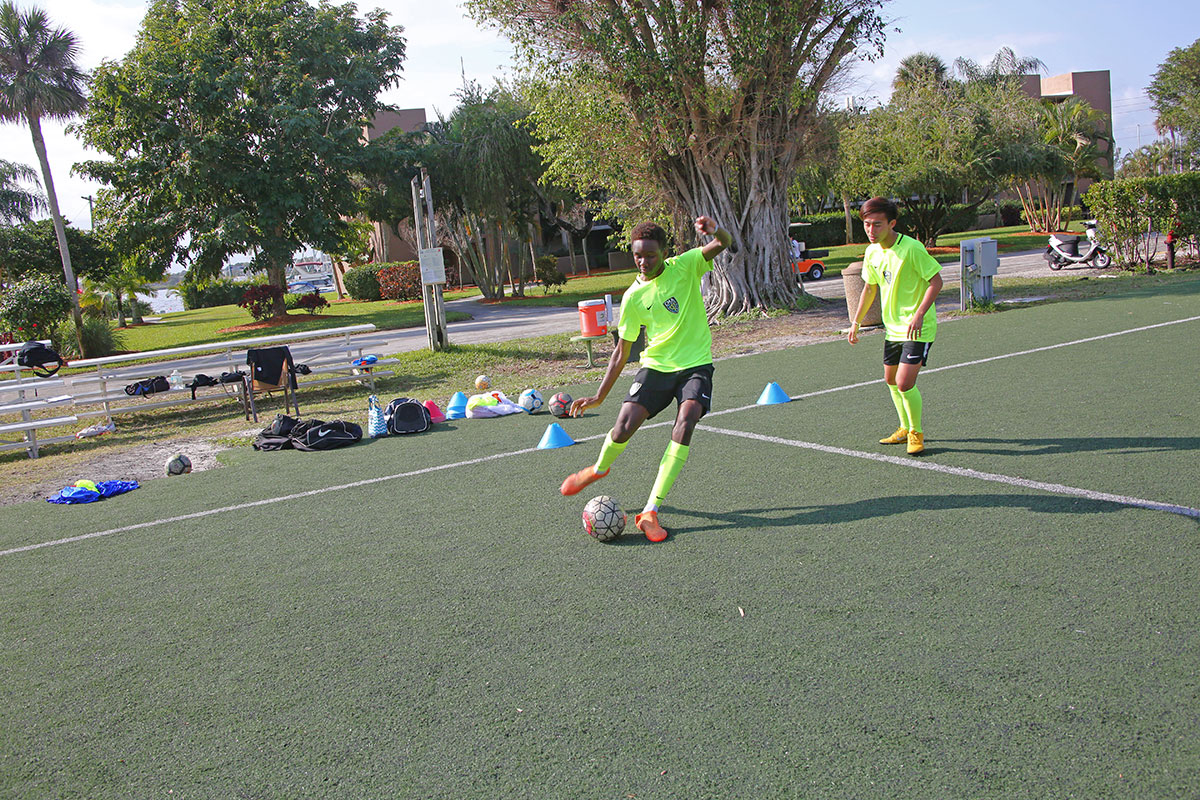 Fundamentals are stressed at the Club Med Soccer Academy. Taking a shot on goal is T.J. Theodore from the U.S. following a pass from Tessho Kobayashi of Japan. GREG GARDNER PHOTOS

Semi-professional soccer is back after a two-year hiatus.

In 2016 the South Florida Surf won 12 games with one loss and one tie in Port St. Lucie before the team moved to Martin County. The Tritons are a brand-new United Soccer League Two team with new players and coaching staff.

Tritons coaches hope they will be able to use young players from the academy at Club Med. “I want to see Major League Soccer take its rightful place among American professional sports,” says Thomas Durkin, Tritons head coach and Club Med director of soccer. “My career has been dedicated to player development.”

He has mentored more than 50 players who have gone on to play MLS and almost a dozen to the full men’s national team, which represents the U.S. every four years in the World Cup competition.

The Tritons would be the peak for the pyramid that is the path to the major league, Durkin says. “Our goal is to move players along,” he says. “You have turnover in your rosters because you are always building a team. We want to be focused on young players and see 17- to 19-year-olds get a chance to move up and play pro soccer. The team was well-supported in the past and with the connection to Club Med Academy, we are providing something different. There is more expertise in coaching and our staff is highly credentialed. We have five times more training than other teams and a proven curriculum. We push kids with 20 hours of training each week. But you don’t want to burn these kids out because the majority will be going back to college and playing soccer. The biggest challenge is the short time for preparation, but we hit the ground running.”

MOVING UP
The hope is that within three to five years, the Tritons would move up to play in the United Soccer League One with games nine months of the year. “The goal for the league is a USL One team in this market, and the team would become ingrained in the community,” says Eric Arbuzow, technical director for the Tritons.

“USL One wants 3,000 to 5,000 fans per game. The Surf had 2,500 to 3,000 fans at every home game. The soccer community has shown a keen interest. Our long-term plan is to stay in Port St. Lucie and for us, it is easy to work at Club Med. We are looking at different ways to provide ownership value to our fans. We are committed to matching financial contributions from our supporters and the city. This area is growing with people who love soccer.”

Arbuzow says the team would like to have its own soccer venue. “There is a ton of land in Tradition and they want to do something with it,” he says.

“The compelling thing about soccer is people follow the younger teams, looking for people who are going to blossom and turn pro,” says Durkin. “Twenty-six players will live at Club Med, eat, sleep and train here. Kids from the academy and the community can train with Triton players during camp.”

DEVELOPMENT
“This is the finest soccer camp in the state if not the country,” says Arbuzow, who worked for the Surf during the 2016 season when the team finished 13th out of 78 teams in the country. “Tom (Durkin) has revolutionized the summer and boarding camps. The community has no idea who they inherited in Tom.”

“We have three initiatives,” says Durkin. “The development of players and moving them on, engaging the community and bringing pro soccer to Port St. Lucie.”

Players from 20 countries are receiving soccer academy training at Club Med, and many plan to try out for the Tritons. Under league rules, no more than 10 international players can be on the team roster.

“It is exciting to have them (Tritons) come back for soccer fans and local soccer players,” says Rick Hatcher, executive director of the Treasure Coast Sports Commission. “This is a strength for the Treasure Coast and Port St. Lucie to have that level of soccer back here and people utilizing this area for training. We know the importance of teams coming in from out of town. A number of large soccer tournaments come to the Treasure Coast. This elite level of players enhances the local soccer teams.” 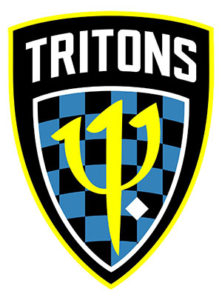