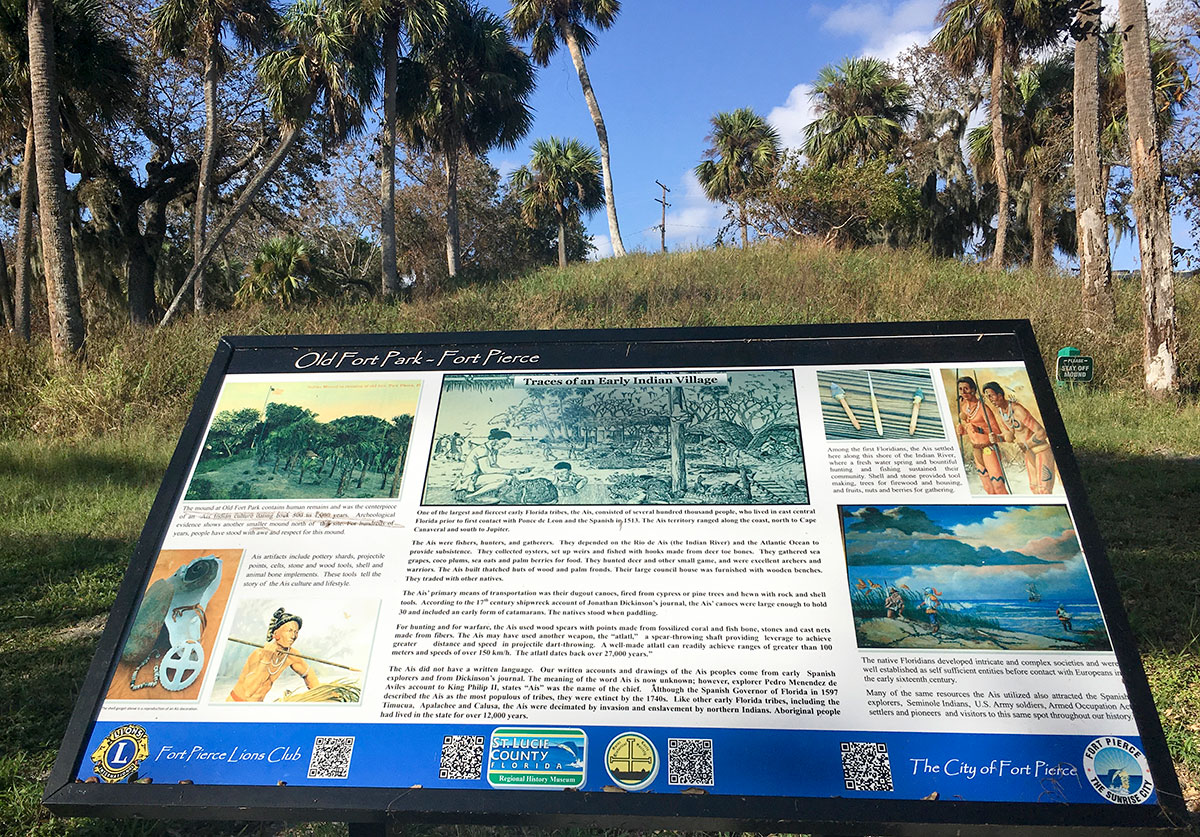 If there’s one place you want to visit on the Treasure Coast to imagine where the earliest settlers gathered, go no farther than Old Fort Park, less than a mile south of Fort Pierce on South Indian River Drive. Located on the banks of the Indian River, the site once had a freshwater spring, which made it attractive for the region’s earliest settlers. The serenity of the site enables you to imagine the Ais landing on the shores of the Indian River Lagoon in their dugouts with loads of fish and oysters, the refuse from the oysters building up the mound over centuries. 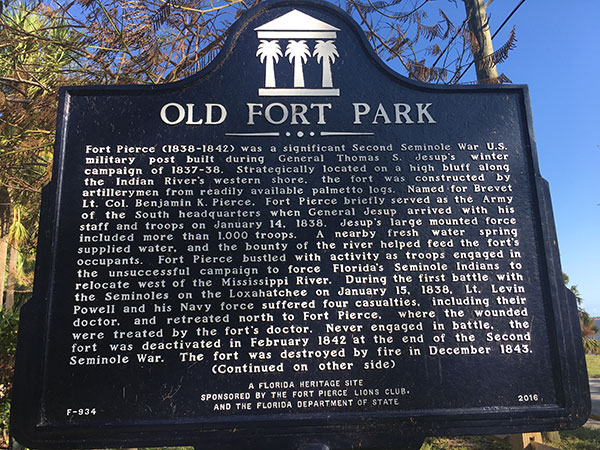 The site was the center of Ais territory, which range from Cape Canaveral in the north to Jupiter in the south. The culture was dependent on the Rio de Ais, now known as the Indian River. But by 1740, the Ais were wiped out from disease, invasions and enslavement by the Spanish and other European nations. 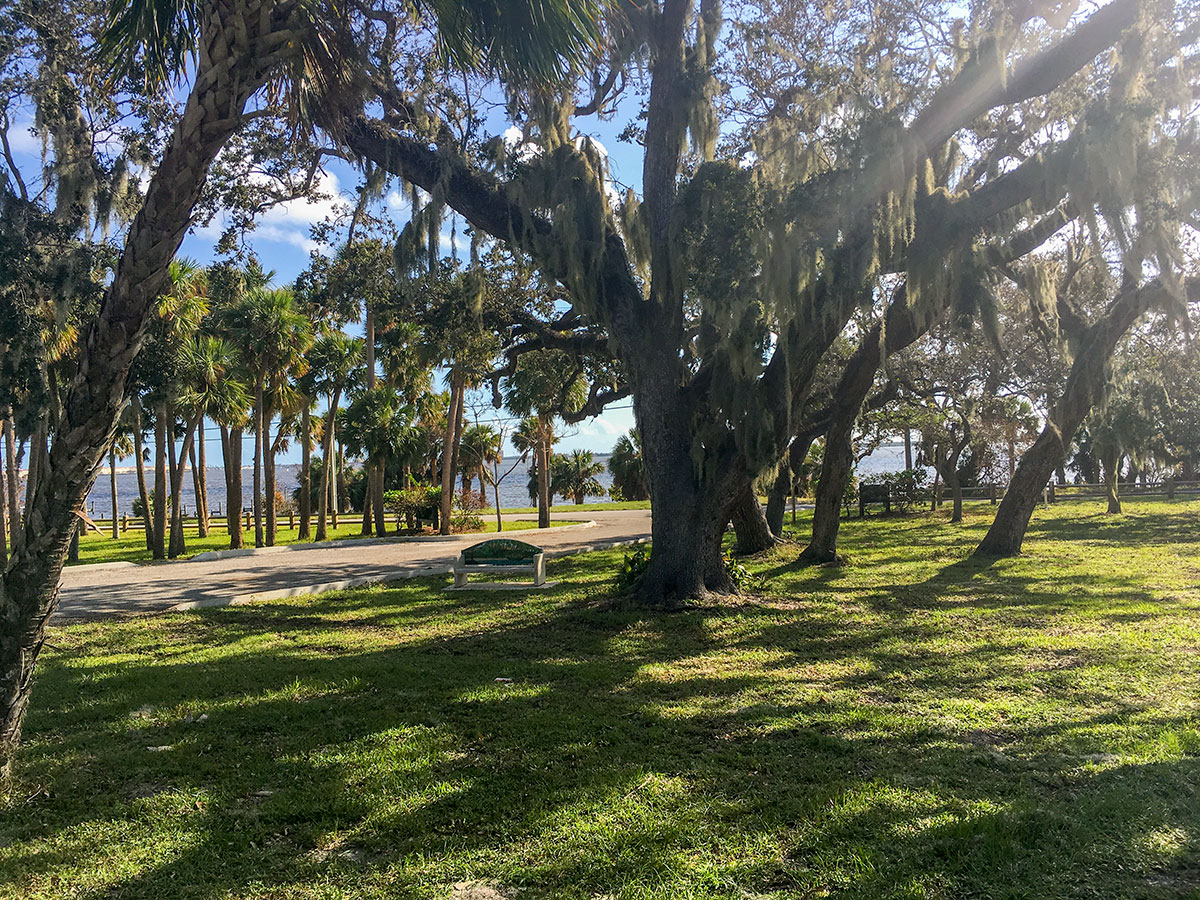 The height of the mound and the panoramic view it gave of the river — along with the freshwater spring — undoubtedly made it the reasons the Army made it the site of a military outpost in 1838 during the Second Seminole War. The fort was never engaged in battle and deactivated in 1842 at the end of the war and was destroyed by fire in December 1843.

The site is covered with sabal palmettos — used for the construction of the fort and its fence — and mossy oaks. Steps lead you up the mound and provide a terrific vantage point for seeing what’s going on in the Indian River. If you walk along the shore, you can see where the stream, now running underground through a system of culverts, empties into the lagoon.Today, all that remains of the days of the Ais and the fort is the mound, and much of that has been reduced. The Fort Pierce Lions Club has made improvements to the park, and today the park has several helpful illustrations and signs that help you imagine what life was like both during the days of the Ais and the Army. 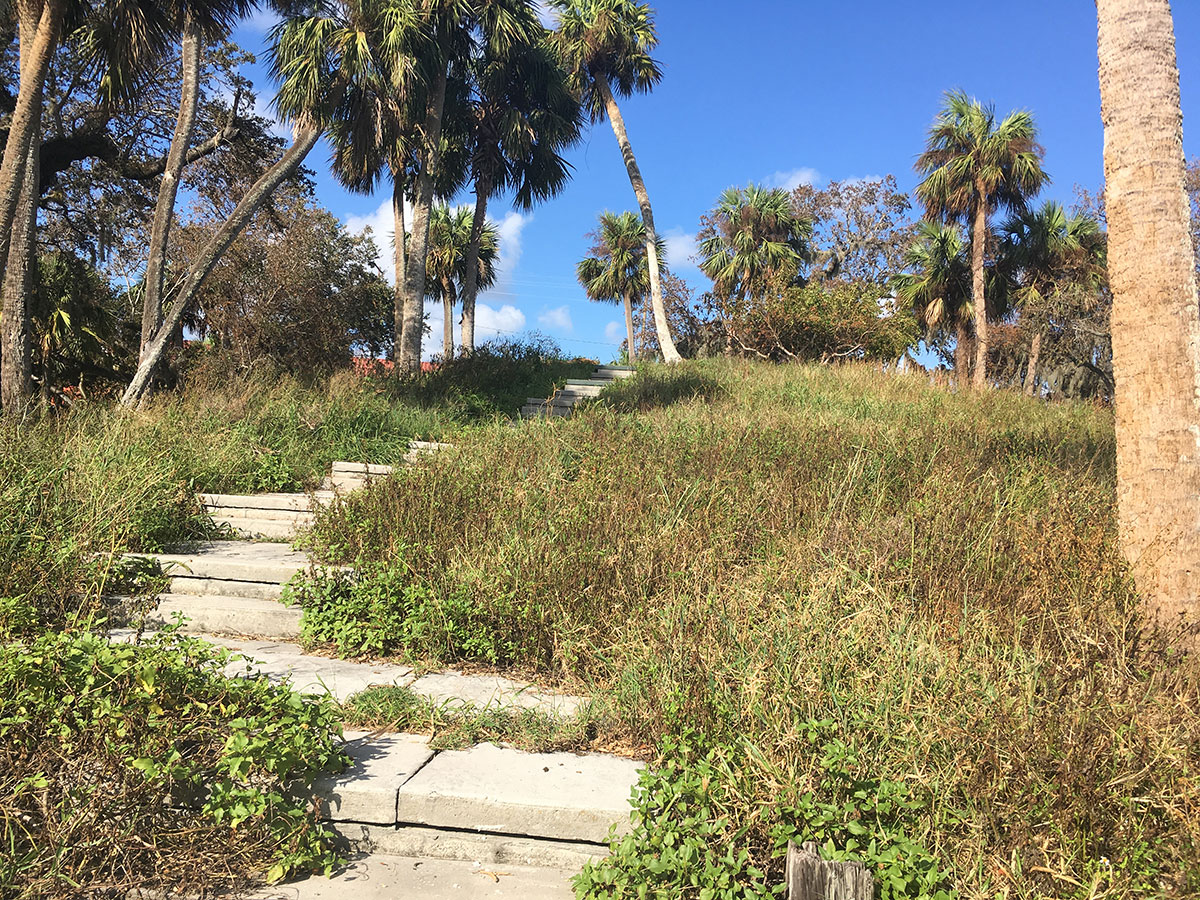