On the skeeter patrol

He’s a treetop flyer on a mission to kill salt marsh mosquito larvae before they hatch and grow into biting adults. Yet when pilot Jeff Summersill buzzes his big yellow plane so low overhead that it takes your breath away, you can’t help but wonder if he’s a stunt pilot practicing for an action film.

In reality, Summersill is just doing his job as an agricultural pilot applying tiny granular material known as larvicides that work their way down through the vegetation into the marshes where chemicals are released and kill the larvae upon contact or ingestion. He’s a third-generation agricultural pilot and fourth-generation Floridian who literally grew up in the mosquito control business.

“My grandfather started the aerial application business back in the mid-1950s,” explained Summersill, who lives in Royal Palm Beach. “He was invited to come down to this area from Orlando to help develop farmland in South Florida.

“We aren’t farmers,” he clarified. “We assist farmers and municipalities with aircraft and ground machines. I got licensed to fly right out of high school in 1991. Much like kids who grew [up] on farms learn to drive tractors and trucks before they are old enough to be licensed, I learned to fly. I really just had to learn the rules. But then agricultural fliers live in a different world so some of those rules are sidelined when we are flying at 50- to 75-foot altitudes.”

BASED IN BELLE GLADE
Summersill, 46, has been working as a subcontractor for the Indian River Mosquito Control District since 2006. He now runs his grandfather’s aerial agricultural business, T.R.Summersill Inc., based in Belle Glade. His company has three Air Tractor 8020s to apply a variety of applications. These large, single engine prop planes with 60-foot wingspans are specially built for the purpose of application at a cost of $1.7 million. Each is equipped with a state of the art GPS tracking system with a swath guidance system that allows for efficient and accurate application and, with an 800-gallon tank, it can drop 8,000 pounds of dry material quickly and quietly.

The Indian River Mosquito Control District dictates when and where Summersill disperses the dry material.

“The IR Mosquito Control District has a crew of nine individuals inspecting for mosquito larvae and when they can’t control it from the ground, they call us to attack them from the air,” Summersill elaborated. “We are supplied a very detailed GPS shape file outlining the area to be covered. We insert that into our aircraft GPS so we know exactly where to go and we can supply the map back to the district to verify we did it. This technology is very advanced and efficient.”

Doug Carlson, director of the IR Mosquito Control District, explained that they actually start with a map that shows Florida in the 1820s and 30s, appropriately named Mosquito County. It’s said that back in those days women wrapped newspaper around their legs to avoid getting bit. The IR Mosquito Control District was established in 1925 when the northern part of St. Lucie County was divided to create Indian River County. It was the first mosquito control district in the state of Florida.

“We are an independent taxing district and totally separate from Indian River County government,” Carlson clarified. “We have an elected board of three commissioners who set annual millage rate that generates the fund for us to do our work over the course of the year. For a home worth $150,000 that averages out to about $25 a year — a small price to pay to control mosquitoes.” 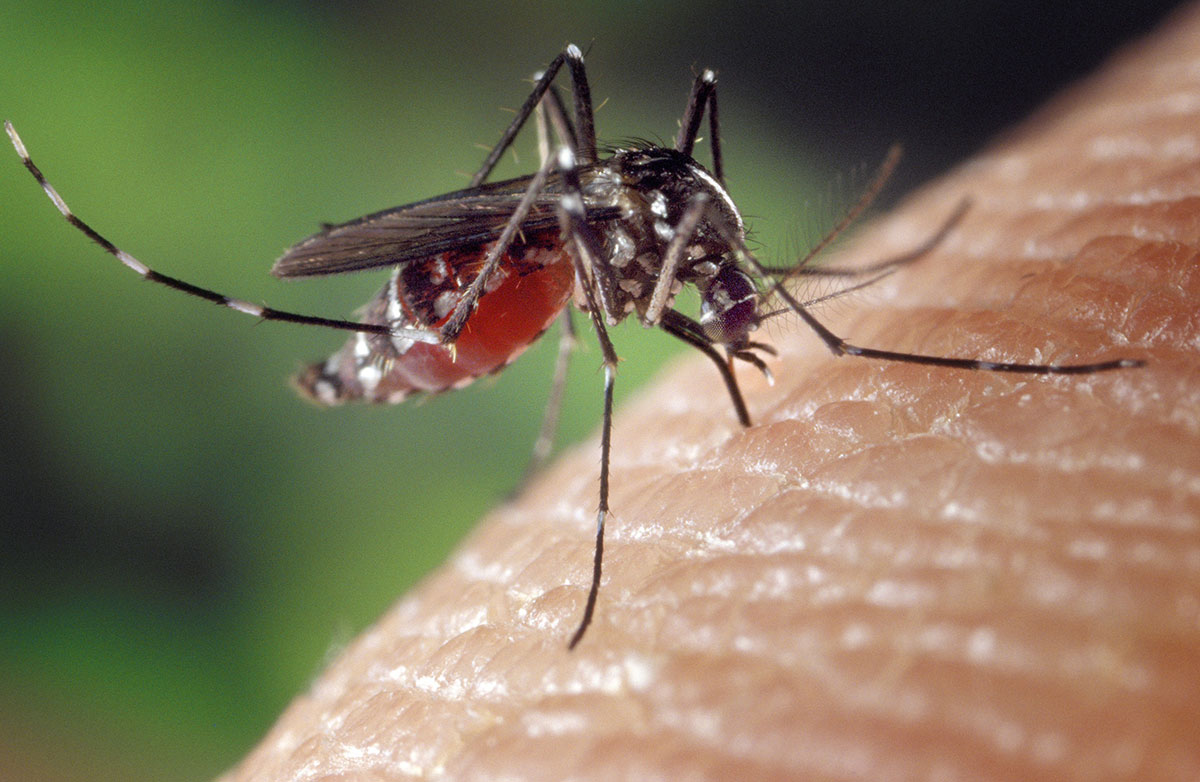 TARGETING SALT MARSH MOSQUITOES
There are more than 3,500 species of mosquitoes around the world; Florida is home to about 75 species and there are about 55 species in Indian River County.

“We use Jeff’s services to help control the salt marsh mosquitoes who lay their eggs in moist soil along the Indian River Lagoon,” Carlson elaborated. “They hatch out and go through their developmental stages from larvae, to pupa [which is similar to a cocoon of a butterfly], to a biting adult. They reach maturity in a week to 10 days, which makes our work with Jeff even more important. By putting out the granular material known as larvicides we are able to kill the larvae before they become adults.”

The material expelled is completely harmless to anyone and anything other than the larvae, so there is no need to worry about exposure.
“While some mosquito programs own and maintain their own aircraft, ours has been able to use agricultural chemical companies for over 60 years,” continued Carlson. “It’s far more economical because we don’t have the initial multimillion expenditure of buying the plane and we don’t need mechanics, pilots and insurance to run them. All we have to do is pick up the phone and call Jeff and he comes out [in] his yellow plane.”

So, the next time you see the big yellow plane treetop flying, know that the pilot isn’t out there just for fun, he’s busy making sure you can enjoy life in paradise without getting bitten by mosquitoes.