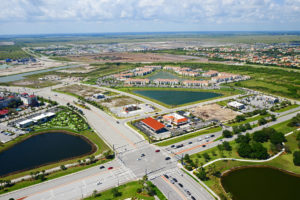 Remember the Petula Clark tune “Downtown” from 1964? “When you’re alone and life is making you lonely, you can always go — downtown!”

Port St. Lucie, which is attracting lots of attention as a dynamic city with a growing economy, job market and research industry, doesn’t have a traditional downtown. What’s one to do? With new residents flocking to Port St. Lucie, it’s a big topic on the minds of city leaders.

How do we get together in a town with no center? In “Building a Culture of Community,” Port St. Lucie native Rachel Cuccurrulo writes about the city’s rapid growth and how the answer lies in multiple “activity centers” where residents can gather to enjoy cultural events and nature. 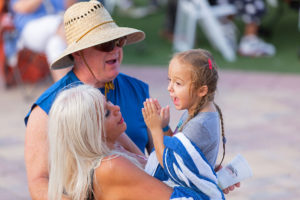 Awards and rankings for the City of Port St. Lucie continue to roll in. The city is amassing a treasure chest full of regional, state and national awards and honors for its efforts to become the best in the state and nation at taking care of its citizens.

Since last November, 48 awards have come the city’s way. The 13 most recent since our fall issue were awarded between September and November. 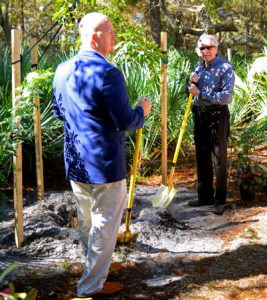 Building a Culture of Community

Back in the late 1950s, the wilderness that is now Port St. Lucie was founded upon General Development Corporation’s promotion for an 85x125 lot as “$10 down and $10 a month for 10 years.” Anyone could live out his dream of retiring in Florida for quite the bargain.

In 1953, Gardner Cowles of Look magazine, bought 8,500 acres of land along the North Fork of the St. Lucie River. Envisioning it as an economical place for retirees from the North, he platted the land as River Park. To construct homes, he worked with The Mackle Company, a prominent Florida home building company, to build homes in the area.

The merger of five Canadian corporations led to the rise of General Development Corporation (GDC), which then merged with Cowles and began buying up huge tracts of Florida ranch land in St. Lucie County. The company extended Prima Vista Boulevard from River Park to the river and built a bridge over the North Fork to provide access for development and homebuyers. By 1959, GDC had 250 homes set for purchase and began referring to the development as Port St. Lucie. 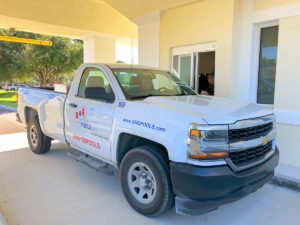 It’s customer service on overdrive. Never again will contractors have to stand in line at the Port St. Lucie Building Department to file documents and pick up permits.

Port St. Lucie’s building department is the first in the nation to open a contractor drive-thru window to reduce wait time and increase efficiency. And, good news, it is also for anyone who wants to drop off or pick up documents at the building department, or just quickly ask where to find help in any city department.

“I just love it. I can’t tell you how much I love it,” says Sunshine Perez, wife of contractor Roger Perez, who owns Your Local House Doctor, a renovation company. She is in and out of the building department all the time with documents relating to his renovation work. 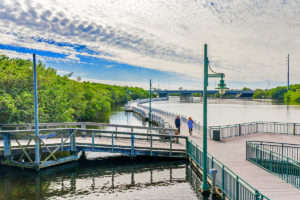 A 1,300-foot boardwalk on pilings over the water will be finished by September, making it easy to walk the length of the park without setting foot on land.

It’s all about giving the public more access to the scenic North Fork of the St. Lucie River, Port St. Lucie officials say. The city is working toward its goal of enhancing its cultural, natural and recreational activities, says city Councilwoman Jolien Caraballo. For the most part, the river is hidden from view. There are very few places where the public can get a good look and fewer where they can actually get to the shore. 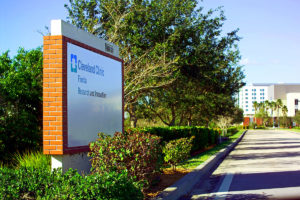 A $1.5 million albatross around the city’s neck is gone, cut loose by the Cleveland Clinic’s recent decision to lease the former Vaccine and Gene Therapy Institute of Florida’s 107,000-square-foot lab building in Tradition.

Approved unanimously Nov. 12 by the Port St. Lucie City Council, the 15-year lease/purchase agreement with Cleveland Clinic Florida and its research arm, Lerner Research Institute, puts an end to the $1.5 million the city spent annually on building maintenance and property taxes owed by the defunct Vaccine and Gene Therapy Institute of Florida (VGTI). 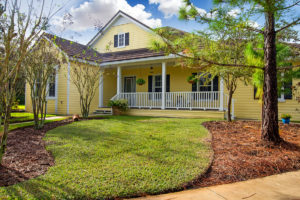 For 10 years, Craig Dunkelberger drove up and down Reserve Boulevard to and from his engineering office, thinking that one day he might build a home in the exclusive PGA Village golf community.

As he grew his business, Dunkelberger bought a 1.6-acre lot, waiting until 2008 to build his unique southern ranch style home — the only one of its kind in a neighborhood known for Mediterranean-style estates. 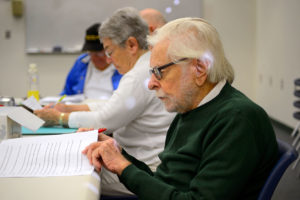 Meeting of the Minds

For more than 20 years, a “meeting of the minds” has quietly taken place at Morningside Library. A group of writers meets every Thursday from 9 in the morning until noon. Many of the group members are independent writers who are self-published. Some have anywhere from one to 10 published works or are working on their first piece to be put into print.

“We give each other advice, work on grammar and syntax and provide encouragement to one another,” says group founder Gene Hull.

Hull, a former musician, musical director and director of entertainment for a cruise line, formed the group after retiring. His enthusiasm and dedication to the writer’s group has allowed for its continued growth. 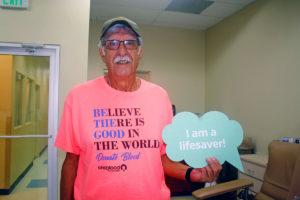 Bob Lilley was 9, living in Elmira, New York — right on the border with Pennsylvania — when his 5-year-old brother, Wayne, was stricken with leukemia. “In 1956, there was nothing they could do,” he says. Lilley’s Italian mother, a strong woman of faith, would come home from sitting with Wayne at the hospital, upset not only that her child was in pain but also that he was too young to understand what was happening.

Thirty years later, by then living in Palm Beach County, Lilley had a friend whose sister was about to give birth. Doctors anticipated a hard delivery. “She had O-positive blood, I have O-positive blood,” says Lilley. “I said I’d give blood to have on hand in case she needed it.” It was the first of what has become a lifetime’s worth of donations. 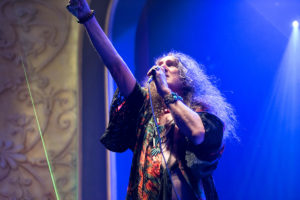 An interview with Michael “Spaz” McGoorty is an exercise in patience as well as humor. “I’m the best multitasker you’ll ever see,” he says while texting and answering a phone call. Well known throughout the Treasure Coast and beyond for his singing, acting and comedy, McGoorty — like many residents — was not always a Floridian.

Born in Chicago, McGoorty grew up in Detroit, joining the U.S. Navy in 1974. “I was Popeye. Literally. A boatswain’s mate.” That wasn’t his intention, however. “I was lied to by a recruiter,” he says with a laugh. “He told me I’d be singing in a rock and roll band for the Navy. How could you say ‘No’ to that?” 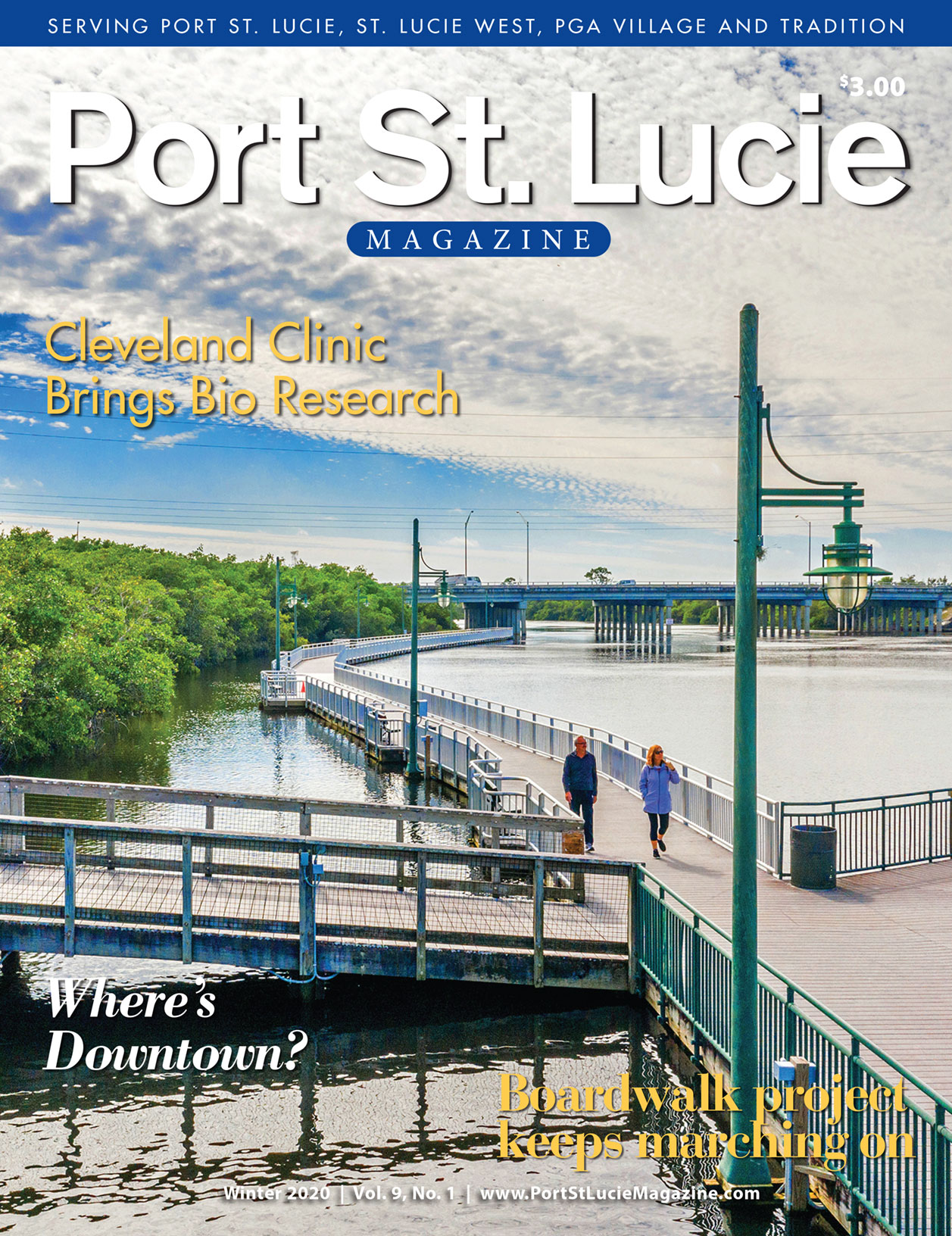