COVID-19 strikes again. This time it is causing a delay in opening the long-awaited Ardie R. Copas State Veterans Nursing Home in Tradition.

The 120-bed skilled nursing home for veterans was tentatively set to open in the spring. Then it was moved to summer. Now, officials are shooting for late fall, although it may be even later than that.

The problem isn’t an inability to get equipment; it’s the inability to hire staff with the skills residents will need.

“There just isn’t a pool of qualified people willing to go into nursing homes at this time,” said Steve Murray, spokesman for the Florida Department of Veterans’ Affairs.

The department has, however, hired a maintenance supervisor who is in training right now.

“We are still advertising for and interviewing people for key positions,” he said. ”Finding them has been our greatest challenge.” 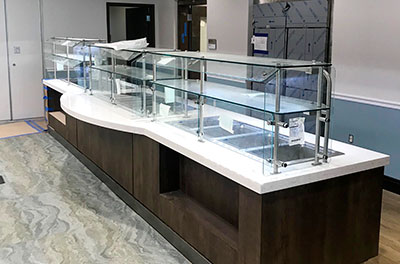 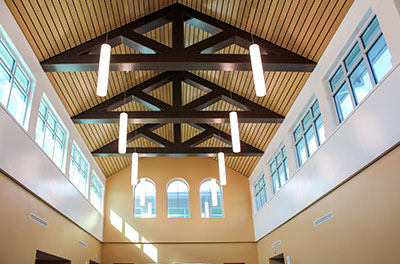 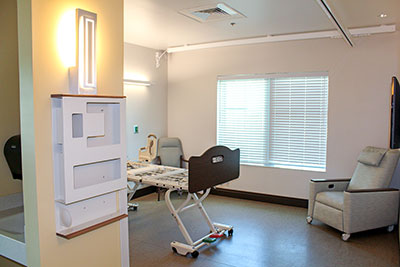 The serving area will provide nutritious meals once residents have moved into the spacious living quarters at the nursing home for veterans.

The nursing home, which is split into two wings flanking a main building that includes a central lobby and administration area, is 95% complete, so rooms, offices and specialty areas are almost ready for use. The main building, known as the Heroes Center, will include space for physical therapy, a beauty salon and barbershop, a cafe, chapel, and the home’s kitchen and dining area.

Veterans can also enjoy the St. Lucie Room — a multi-purpose room containing art and artifacts relevant to the Treasure Coast.

Veterans within a 75-mile radius can apply, and veterans in other state nursing homes with family on the Treasure Coast can ask to be moved to the Copas home in Port St. Lucie.

Although applications were set to begin in the spring, that, too, has been delayed with no new date set yet.

The home is named for Sgt. Ardie Ray Copas, a Fort Pierce native who was killed in Cambodia during the Vietnam War while saving the lives of four soldiers. He was just 19 years old. He was posthumously given the Medal of Honor in 2014 by President Obama. It was accepted by his daughter, Shyrell Copas.