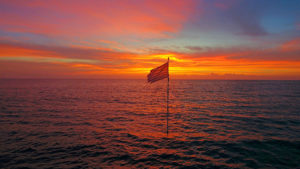 What a difference a few months make.

When I was writing this letter for the last issue in late February, our magazine company, like many Treasure Coast businesses, was headed for another record year, with plans to expand our business and no end in sight.

And then the coronavirus pandemic hit, temporarily shutting many of the businesses along the Treasure Coast. Advertising is the lifeblood of our business, and because many of our advertisers were shut down or severely hampered, our advertising diminished as well. 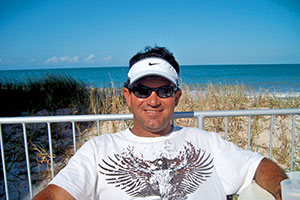 Saluting a man and his cause

On the Fourth of July, an American flag will seemingly rise from the depths of the ocean just offshore from Vero Beach’s popular Sexton Plaza and fly proudly above the crest of the waves. Its origin and purpose are often questioned by oceanfront diners and hotel guests and locals who walk the beach daily. But few know that the history and legacy of the mysterious flag is just as spellbinding as what is resting on the ocean floor. 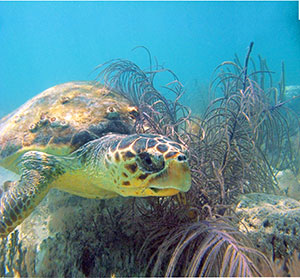 Beginning in the spring and lasting through autumn, Mother Nature puts on an awe-inspiring spectacle along our coastline. Under dark, starry skies mother sea turtles emerge from the ocean so they can carry on their species. During this ancient ritual, the marine reptile slowly lumbers her way onto the beach to find a safe location to lay her eggs.

It is a difficult and delicate venture, where nesting conditions must be just right. If the setting is favorable, she meticulously builds her nest, lays her eggs, buries and disguises them with utmost care. Then she disappears back into the deep, not knowing if her young will survive.

The Treasure Coast is one of the leading hot spots for sea turtle nesting in the United States. Last year, around 26,382 nests were recorded. Seven species of sea turtles swim in the oceans today and three of those beach along our shores to lay their eggs. 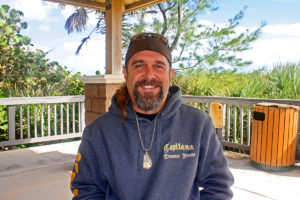 Born into a routine life, Jonah Martinez was 10 when his father sold his business in Illinois and commissioned a sailboat to be built in Taiwan. But after a typhoon hit the boatyard, his father had to improvise.

“Dad packed us up into a camper to go on tour,” he says.

While Martinez’s mother home-schooled him and his brother, their education was enhanced by traveling throughout Mexico and South America. After the sailboat arrived, it was rigged and set up in Fort Pierce and the family finally left for the islands. 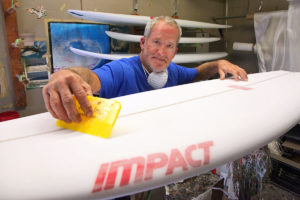 Between shaping custom surfboards and riding huge waves on six continents, Charles Williams has had a profound impact on the Treasure Coast surfing community.

Williams and his twin brother, George, have manufactured more than 40,000 Impact surfboards at their Fort Pierce shop during the past 40 years. Three generations of faithful surfers have grown up riding custom boards made by Impact.

At age 65, Williams goes daily for a dawn patrol session at the Fort Pierce Inlet. Except when he was injured, Williams has been surfing almost every day since the age of 12. After five years living on the ocean in Ormond Beach while in high school, Williams knew what he wanted to do with his life. 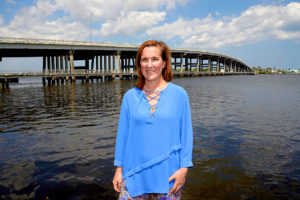 Cristina Maldonado, a veterinarian at Monterey Animal Clinic in Stuart, lives her dream job by caring for dogs and cats and doing everything to keep them healthy. The daughter of Dr. Carlos Maldonado, a well-known general surgeon in Stuart, she remembers wanting to work in animal medicine since she was 4 years old.

“It was something that I got in my head as a little girl and there was never anything else that I wanted to do,” she recalls.

Becoming a veterinarian was a natural fit for Maldonado, with her passion for animals and seeing the powerful impact that they have on their owners. 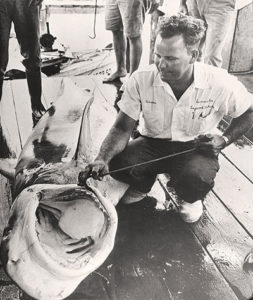 Fisherman. Father. Friend. Herman Roy Summerlin Sr. was all of these and more.

Son of Richard R. “Dick” Summerlin Sr. and Claudia Ramsey Summerlin, he was born May 4, 1938, in St. Lucie Village and raised along the shores of the Indian River where his father worked as a fishing guide. A proud member of a pioneering family, he was a third-generation resident of St. Lucie County. He died March 20.

Summerlin, 81, spent most of his life fishing on the water or running one of his many businesses. He opened his first business, Summerlin’s Seafood, in 1963. Three years later, he bought a seafood market on the South Causeway, renaming it Summerlin’s Baywood Fisheries. His brother, Astor, joined him in the venture. 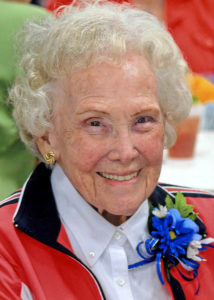 Alma Lee Loy, known as the First Lady of Vero Beach because of her standing as a community advocate, died peacefully on April 10. A native Floridian, she was born June 10, 1929, in Vero Beach.

Loy, who co-owned Alma Lee’s Children’s Clothing Center for 42 years, will be fondly remembered for her commitment to Vero Beach projects and love of people equally.

“Honesty was an asset she learned from her parents; they were very positive people,” lifelong friend Harry Hurst recalled. “Even when she was a teenager, she always made every person feel like the most important person. She did that her whole life.” 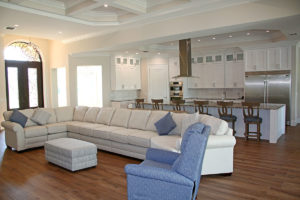 No builder will tell you he can build a hurricane-proof house, but many are willing to go beyond building codes, hoping the home will survive a sustained super storm.

“A home can be a bunker and still be a palace,” builder Jim Harkins says. The co-owner of H3 Homes has built more than 30 monolithic, poured concrete houses in Brevard, Broward, Indian River, Martin, Miami-Dade, Monroe, Palm Beach and St. Lucie counties since 2007. The homes range from a 1,000-square-foot guest house to a 10,000-square-foot house in Broward County. 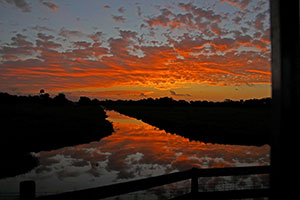 Sunrises on Adams Ranch west of Fort Pierce take on spectacular hues because of a lack of city lights. Soon, the sun will light treetops, birds will start their calls, wild hogs will head to the swamps, cows will pair up with their calves, horses in the pasture for the night will head to the barn for a day’s work. A great day is starting. 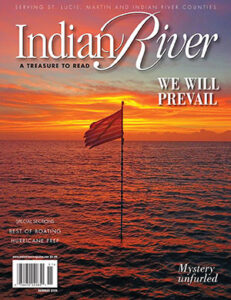