Many people might say 2020 has been the worst year of their lives. Not so for Ben Swalwell. In 2020, he completed his bachelor’s degree, bought his first home, welcomed his first child and started his first teaching job. Pandemic aside, it was a good year for the Swalwell family.

Born and raised in a very small town near York, England, he has traveled a long and winding road to Port St. Lucie, where he teaches world history to 10th graders at St. Lucie West Centennial High School. A soccer player in college, he suffered a serious back injury that led him to coaching.

Leaving England, Swalwell moved to Italy where he was a bartender for a year. There, like kismet, he met his wife, Fort Pierce native Jillian Yetzer, who was working in Italy as an au pair.

The couple married in Fort Pierce in 2017 and Swalwell, who was on a student visa, enrolled in Indian River State College. Work on an associate degree in education slowly evolved into a degree in history. Once he got his green card, he began online studies at the University of Central Florida.

It wasn’t too long after that when the Swalwells hit the road. Since his arrival in the United States, Swalwell has been to 20 states.

“I did my entire bachelor’s degree online,” he says. He did part of the work at a friends’ dining room table in Flagstaff, Arizona, and then completed it while working in Wisconsin.

“That’s the great thing about remote learning, you can do it pretty much anywhere,” he says “I finished in the spring of 2020. We were just about to leave Wisconsin at that point.

“So, 2020 was just this crazy year of like the pregnancy, finishing my degree, buying a house, having the baby, finding this job. I’m just waiting for things to die down.”

But things haven’t died down. Swalwell learned shortly after the year’s end that he had been nominated as his school’s First-Year Teacher of the Year. Up against some stiff competition, he didn’t win the county award, but admits it was a wonderful experience.

“This is my first year of teaching and I didn’t know there was such a thing,” he says. “I saw my name come up on the list at the school. Then they came into the classroom just in the middle of me teaching to give me the award. It was really a shock, but it is nice that people are getting recognized for the work that they do.”

Teaching during a pandemic has been stressful, he says, for teachers and students. He has been quarantined three times since the start of the school year.

“I think the biggest issue [with COVID-19] is students having to be quarantined,” he says. “I have online classes as well as in-person classes. It is a problem when the kids are out for two weeks. I have to stay on top of those students because, even though I know they might not be feeling well, I have to make sure they continue to get the education they need.”

His students are upset when he is out for quarantine, he adds. “One day I had training and they were all upset that I was going to be out for a two-week quarantine again.”

“The first time I got quarantined was because a student who sits close to me had been exposed,” he says. “A sub comes in and puts the computer onto the projector and projects me onto the screen. So I will teach through a presentation and give them some work to do. It’s not quite the same, but I feel like I am there and they can ask me questions, if they need to.”

“My first year of teaching has been a difficult animal to tackle,” Swalwell says. “I get on with the vast majority of my kids and they seem to get on with me as well. If you can get the kids interested in what you are trying to teach it helps.

“I do a lot of debates with them; the other day we did one on which is better, Coke or Pepsi? I get them to put their reasons across. Why do you like Coke? Being able to elaborate on these types of questions allows them to elaborate on their history work. They don’t realize they are learning, but they are.”

Swalwell’s daughter, Imogen, was born two weeks before school started. The light of his life these days, he and Jillian have been taking her camping.

“Camping is really the only thing we can do right now, with social distancing and COVID. She really enjoys it,” he says. “We’re trying to find ways to de-stress. Jillian is working full-time online from home. Karen [mother-in-law Karen Yetzer] comes in to help until I get home from school.”

It is hard to be so far from his parents and siblings at this important time in his life, but he says they keep in touch via technology.

“I’ve got lots of people lined up to see this baby once COVID is handled,” he says. “We do lots of video calls with my family so they can see how she is growing. She can see their faces, so when they get to finally come over for a visit, she will know who they are.”

And playing soccer also seems to be in her future.

“Immy’s going to be kicking a soccer ball before she walks,” he says. “I was like that. With COVID, I haven’t done any coaching this year, but once she is old enough for the tiny tykes soccer, oh, yeah, I’ll step back into it. I’m hoping she’s going to be a soccer fan.”

As part of his interest in students and soccer, Swalwell is busy organizing a Soccer ID Camp for students in St. Lucie County. So far, 24 colleges are sending coaches or scouts to watch 10th-12th grade soccer players participate in games. His goal is to try to match the athletes with colleges.

“This is the first step,” he says. “We have to get them interested in going on to college.” 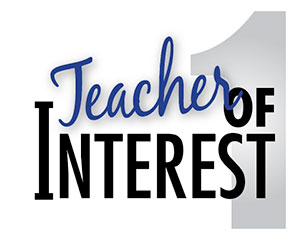 Lives in: Port St. Lucie
Age: 31
School: St. Lucie West Centennial High School
Family: Wife, Jillian, and 6-month-old daughter, Imogen
Education: Associate of Arts degree in history, Indian River State College; Bachelor of Arts degree in history, University of Central Florida
Background: “I am originally from the North East of England. I lived in Italy for a year before moving to Florida in 2016, marrying my wife in 2017 and having my daughter in 2020, two weeks before school started. I am a huge soccer fan and have been coaching at various levels since moving to the United States.”
How I got into teaching: “I have always wanted to be a teacher and work with the younger generation. I wasn’t a very engaged student and did not enjoy learning, so I wanted to become the teacher who made learning fun and interesting. My aim after graduating from UCF was to become a teacher and SLW Centennial was gracious enough to offer me the position in 10th grade world history.”
What I like about teaching: “Being able to build a rapport with students where they enjoy coming to school and want to be in my classroom.”
Something my students don’t know about me: “I have a soccer ball in my classroom that I get out at lunchtime to kick and juggle.”