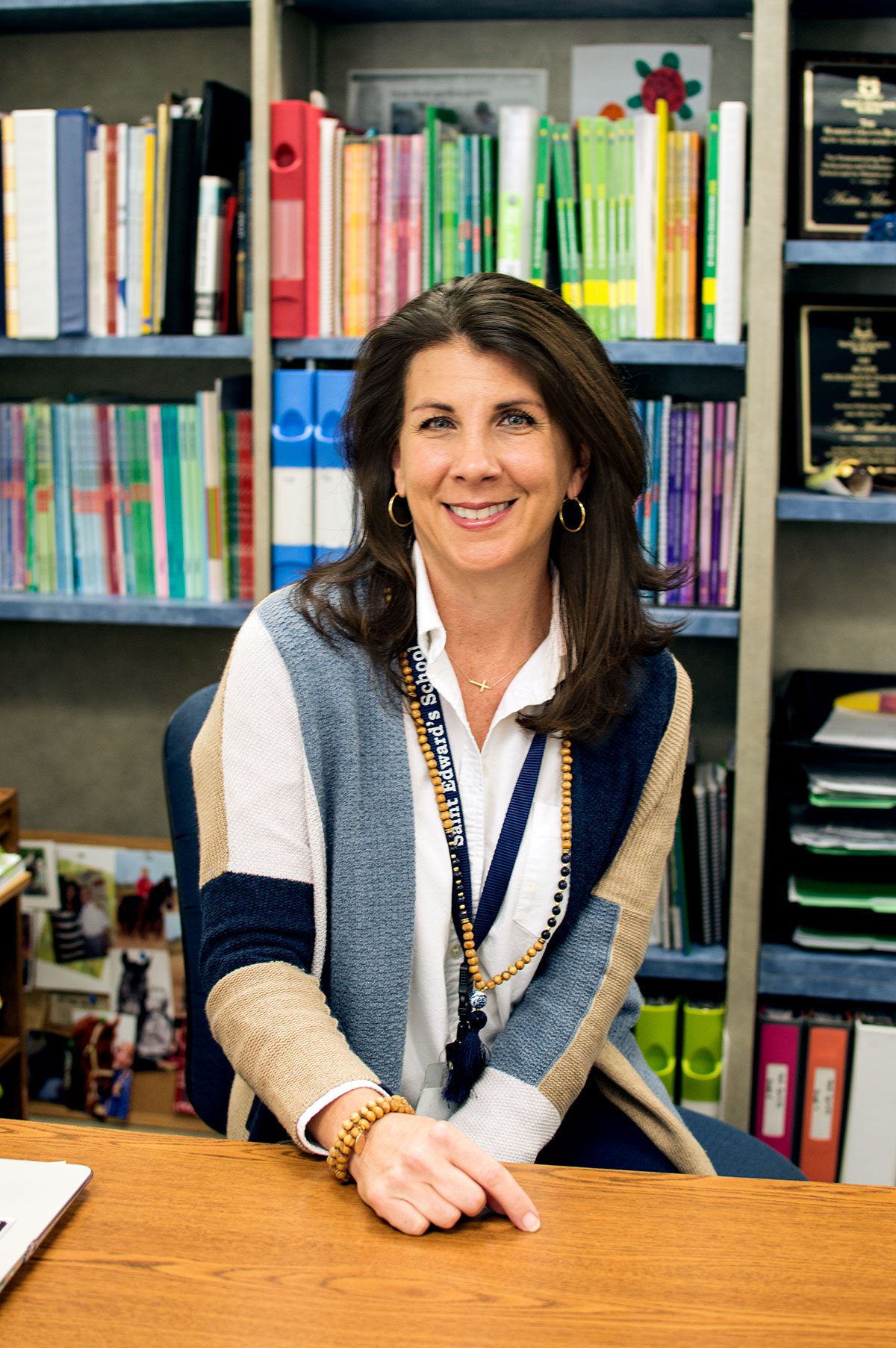 If you can still see, in your mind’s eye, the notebook you used to write in and then memorize the multiplication tables in elementary school decades ago, you obviously weren’t schooled in a modern approach to number sense called Singapore Mathematics.

Developed in the Southeast Asia island nation, Singapore math has found favor among many American educators, including Anita Meadows, who teaches fourth- and fifth-grade math at St. Edward’s School in Vero Beach. She is also the math specialist who leads professional development for other teachers at the lower school.

Singapore, a former British crown colony that became independent in 1963, has a strong, tech-based economy despite having no natural resources to export or land suitable for agriculture.

“The only way they can produce anything good is by developing highly educated citizens,” Meadows said.

She explained that Singapore educators drew on research findings from throughout the world to devise a math curriculum that emphasizes critical thinking and problem-solving rather than learning by rote.

“Singapore math doesn’t really believe in the idea of teaching someone how to calculate, because calculators can do that,” Meadows said. “They look at the idea of the jobs that our children are going to have in the future that haven’t been created yet. We don’t need calculators. We need problem-solvers. We need critical thinkers. You don’t teach the same concept year after year, but basically you teach a concept to mastery and then you build on that concept the next year.”

Some of Meadows’ students aspire to become professional athletes. Others say they want to practice medicine.

“It will be all about problem-solving, critical thinking and persevering,” she said.

Students are learning there is more than one way to solve a problem, and that what works for one child might not work for another. First-graders are participating in a pilot project that uses a textbook recently approved by Singapore’s education ministry.

“The textbook looks at number sense,” Meadows said. “Rather than looking at the number 26 as a two and a six, which most children will do, they look at it as 20 and six ones. This helps children become more flexible with numbers so they can learn how the parts make up the whole.”

Rather than having to memorize, for example, that seven times eight equals 56, they could get the answer by counting seven groups of eight. Teaching tools such as blocks and dice help the children solve problems. First-graders recently had an introduction to fractions by being shown a piece of paper folded one way and then another.

“In a group setting, a child who sees the solution one way benefits from a child who sees it another way,” she said. “It’s a strategy to help a child build math facts without counting, because counting is such a low-level way of learning.”

The website PBS Parents says Singapore math has become popular in this country because of Singapore’s consistent top ranking on an international assessment of student math achievement called the Trends in International Mathematics and Science Study. In one year, Singapore was ranked in the top three in fourth- and eighth-grade math scores, while the United States ranked ninth and 11th, respectively.

“While American math instruction often relies on drilling and memorization of many skills each year, Singapore math focuses on children not just learning but also truly mastering a limited number of concepts each year,” Laura Lewis Brown wrote on the website. “The goal is for children to perform well because they understand the material on a deeper level; they are not just learning it for the test.”

Meadows never liked math when she learned it in the traditional way.

“I was not an extremely strong math student,” she said. “As a child, I did not enjoy it at all. I was taught in a very linear way: ‘Here’s how you do the problem. Now do 50 of them.’ I was always inquisitive about why math worked the way it did, but my teachers in the past didn’t give that to me.”

Not until college — she attended McNeese State University in Louisiana, where she majored in elementary education — did Meadows have a math teacher who helped her understand concepts behind calculations.

“She always taught with the ‘why’ behind things,” she said.

Early on, Meadows set her sights on a career in the classroom.

“I always wanted to be a teacher, but I would have been shocked if anyone had ever told me I’d be teaching math someday,” she said.

Now she is in her 21st year of teaching, the last 10 at St. Edward’s. Earlier, she taught math in Louisiana and Maryland.

When she’s not in the classroom, Meadows enjoys watching her son play golf and working in her flower garden.

She also enjoys seeing her students express enthusiasm about math. She overheard one girl say recently at the conclusion of a lesson that math “made her happy.”

And that, in turn, made her teacher very happy.

Education: Bachelor of Arts in elementary education from McNeese State University and many hours of professional development

Background: Grew up in Delcambre, La.

How I got into teaching: “I have always wanted to be a teacher. My bedroom growing up was a mini-classroom. I always admired my teachers, and looked up to them. I wanted to be like them. They were helping others. Who doesn’t want to help others!”

What I like best about teaching: “I love working with children. I love the A Ha! moments and the smiles on their faces when they ‘get it,’ or when it all makes sense.”