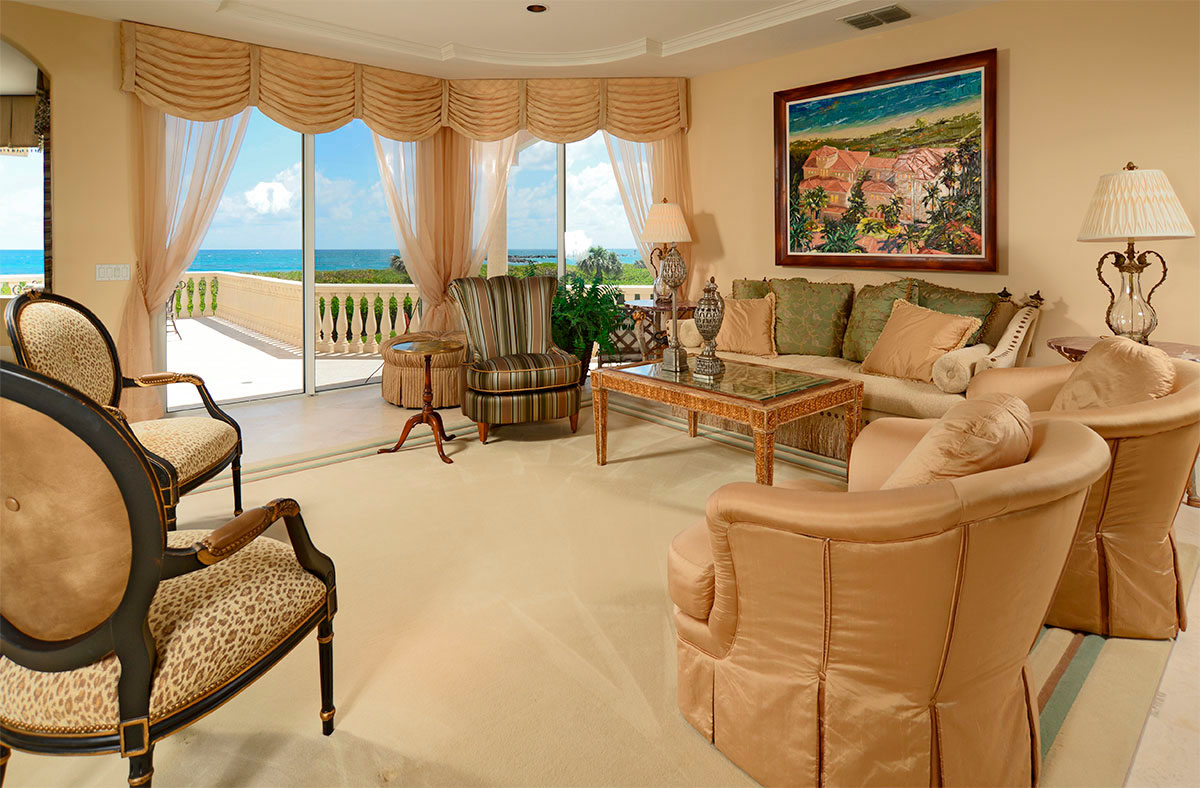 Every room has a view at La Rotunda. The main living room and veranda are a front row seat to boaters navigating the often treacherous St. Lucie Inlet. ROB DOWNEY PHOTOS

Luxurious Mediterranean-style home is built for comfort, privacy and protection

La Rotunda has spectacular sweeping southeast views of the St. Lucie Inlet from the terraces and suites overlooking the Atlantic Ocean.

Nestled in The Point, an enclave of six homes on the inlet and within exclusive Sailfish Point, is a fortress built on a private beach.

With seven bedroom suites, 9 ½ bathrooms and 13,286 square feet, this is a home with room for guests and privacy for everyone. Former Vice President Al Gore, wife, Tipper, and their Secret Service unit stayed for a weekend at La Rotunda in the 1990s. The original main house was built in 1993. The guest wing with four ocean-view suites and maids quarters was added later to the main house seamlessly on the adjacent empty lot. 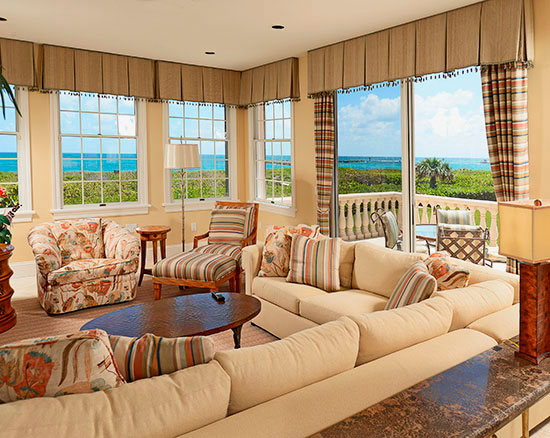 Like most of the rooms in the home, the family room and veranda offer sweeping ocean vistas.

From the mariner’s compass tiled into the first floor, you can look up and see the chandelier on the third floor rotunda ceiling. There are two circular holes in the floors with railings. The cement Coralina spiral staircase winds around the elevator from the first to third floors with steps that have a coral finish.

PERFECT FOR ENTERTAINING
The pool has glass block along one side and a swim-up bar. There is a cabana room and quite a bit of covered entertaining space as well as the outdoor patio around the pool. Landscaping offers privacy from the buildings on either side.

Bob Halgas and his wife, Sherri, have owned 26 homes in their 20 years of marriage, but they always looked at each prospective home together. Halgas had seen La Rotunda and decided to look at it again after the hurricanes of 2004. He called Sherri in New Jersey and said he liked the home.

“Normally Sherri is involved, but she trusts my judgment,” Halgas said. “She said, ‘If you like it, buy it.’ ” 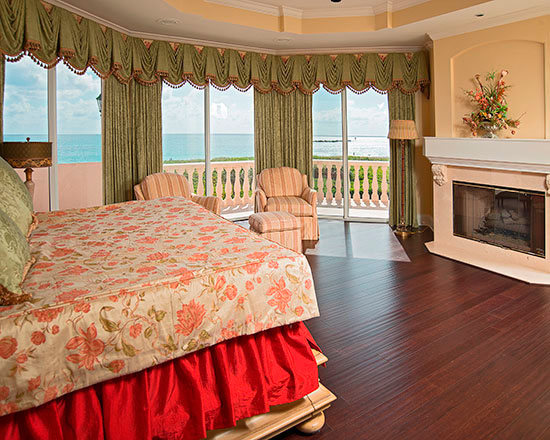 The large bedroom and balcony is the best vantage point to view boaters traversing the St. Lucie Inlet.

Halgas owns a block of businesses in New Jersey and is a Florida-based contractor with utilities and telecommunications operations around the country.

“When it was still for sale, I wanted to see what the house looked like,” Halgas said. “After the hurricanes, Sailfish Point was an island for six months. The roof lost two tiles. A lot of work went into this house. It is like a fortress. It was built with a lot of care. The high ceilings and crown moldings are over the top. The architecture is the Palm Beach-Flagler style. It is timeless. Mediterranean never goes out of style.”

“La Rotunda is built like a bunker,” said Miami architect Jorge Esteban, who has designed more than 100 high-end homes in South Florida. “The pilings, the structural slabs, the floors, the stairs and the dome itself are all poured concrete.”

“The minute we walked into the house it was in perfect shape,” Halgas said.” We flew in a decorator from Philadelphia and let him run amok.” The island theme is everywhere, an extension of the outside palm trees and ocean vistas.

“It is all about the view,” Halgas said. “When people walk in, everyone’s eyes go straight to the ocean. Every suite has a terrace. They put an ocean out there for us. The ocean is different every day. I can look outside and know whether I want to go boating or not. We’re thrilled with the privacy even though we are in a development.”

It is a short walk through pruned seagrape trees to the beach protected by the north jetty of the inlet. Sand collects on the north side and the beach just seems to get larger. 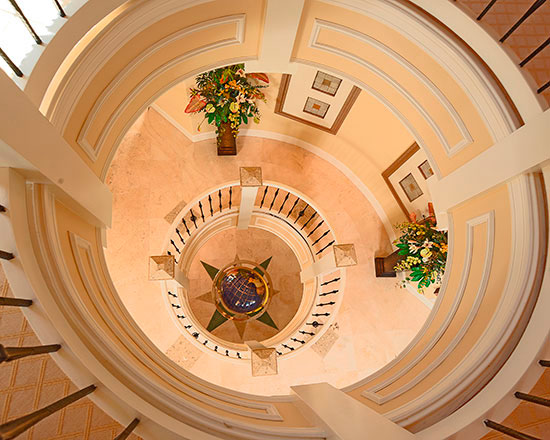 It is a stunning sight looking down from the third floor.

“I have had guests come here and cast right off the beach and hit a fish almost every time,” Halgas said.

The home sits on eight-tenths of an acre, but there is another acre east to where the beach begins and the sun rises every morning.

“The backyard is an oasis,” Sherri Halgas said. “This is such a wonderful house. It is the best view in Sailfish Point. The master bedroom is my favorite room. It doesn’t get much better than that, but we’re going to do other things now. The kids are grown and gone and they don’t get back here that often.”

The Helgases are downsizing to a home on a lake in Palm City, putting their oceanfront home of 12 years for sale.

La Rotunda is listed by Patrick Stracuzzi at ReMax Community for $5,188,888.