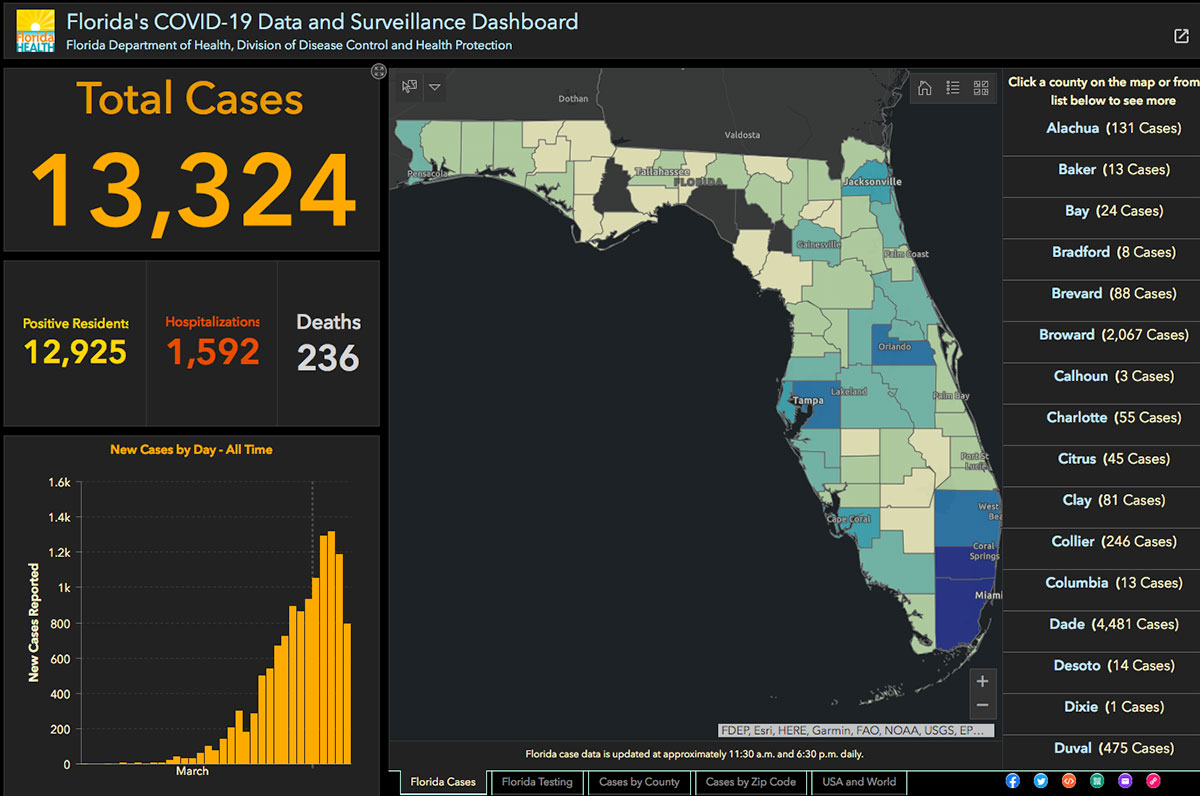 The number of coronavirus cases in St. Lucie County hit 100 today as the death of a fourth person was reported, according to the daytime report released by the Florida Department of Health. Details of the person who died were not immediately available.

The report shows that 80 of the St. Lucie County cases are in Port St. Lucie, with 17 in Fort Pierce and the other three in unspecified locations. The total number of cases reported for St. Lucie County represented a 19-case increase from the day before. The four deaths in St. Lucie County are the only ones that have occurred on the Treasure Coast.

Martin County reported an increase in 23 cases today, from 60 to 83. Today’s report shows 43 cases are in Stuart, 16 are in Palm City, 11 are in Hobe Sound, 5 are in Jensen and the remainder in unspecified locations.

Indian River County’s cases rose to 61, up from 52 the day before. Today’s report shows 45 cases are in Vero Beach and four cases are in Sebastian, with the others in unspecified locations.

The Florida Department of Health now makes cases available by zip code. To see the breakdown by zip code

To see the report with a detail of all cases