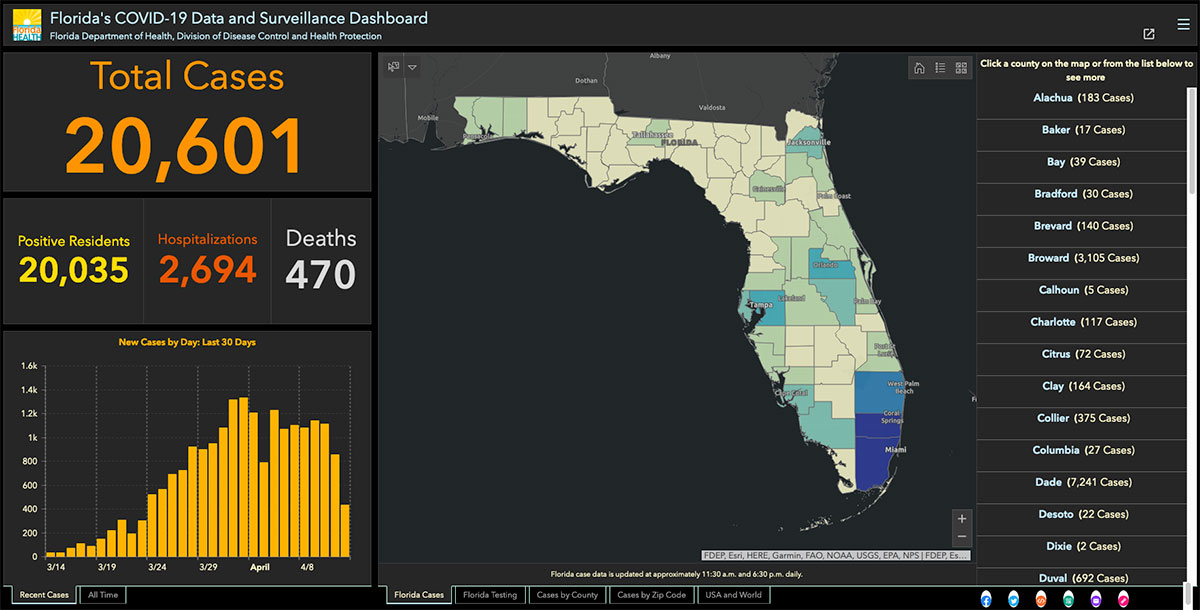 Florida’s cases increased by 1,254 over the previous 24-hour reporting period. The state’s biggest increase occurred April 3 when an additional 1,575 cases were reported. In Florida, 470 people have died from coronavirus, an increase of 18 deaths from the day before. The state reported its lowest rate of hospitalizations, just an additional 61, since March 28.