Treasure Coast cases of coronavirus continued their slowdown today while cases overall in the state returned near peaks reached in early April.

A comparison of daytime reports from the Florida Department of Health showed that Florida’s cases peaked at 1,575 cases April 3, but cases are returning near that range, with 1,342 new cases reported today. The trend for Florida is reflected in the accompanying chart provided by the Florida Department of Health. That chart, and the accompanying ones for Treasure Coast counties, are based on statistics released in the department’s nighttime reports. 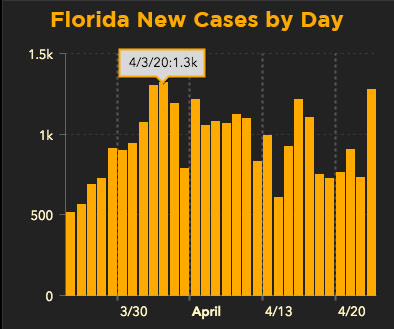 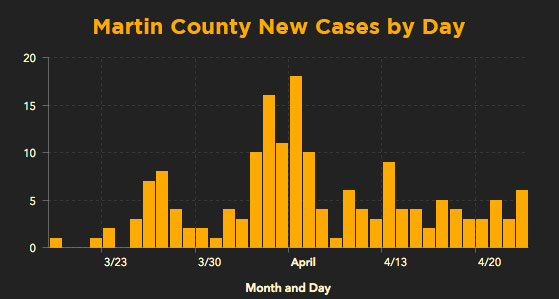 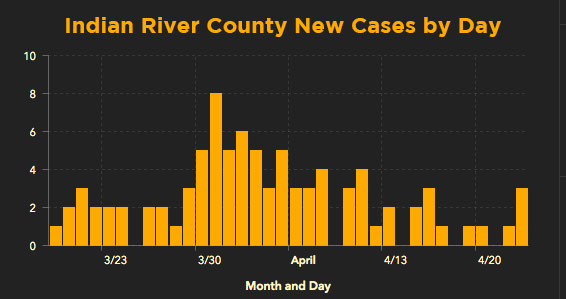 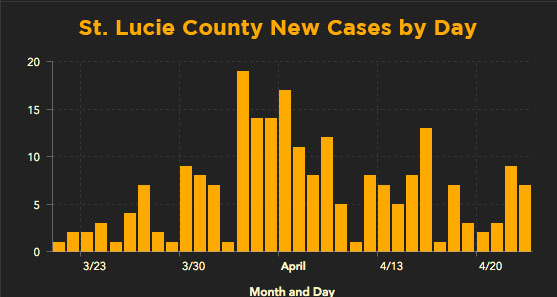 Treasure Coast Newspapers, citing a review of medical examiner reports, reported today that all of the deaths on the Treasure Coast were among people who had underlying medical conditions.

The COVID-19 death of a 94-year-old St. Lucie County was reported by the Florida Department of Health on Thursday. An incorrect age appeared in Thursday's newsletter.