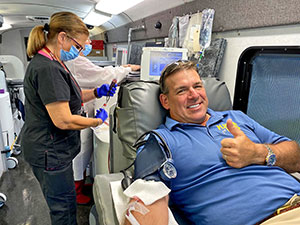 When James Crocker, founder and president of Hog Technologies, attended the WWETT Trade Show and the Conservative Political Action Conference in late February, the economy was strong and 2020 looked promising. Then the winds of optimism seemed to change direction.

He came home and attended a funeral for his nephew. By March 8, Crocker had developed symptoms that he thought indicated the flu — a bad headache, 102 degree fever, exhaustion, body aches, heavy nausea and issues with his lower tract. The possibility of having the coronavirus seemed out of the question. 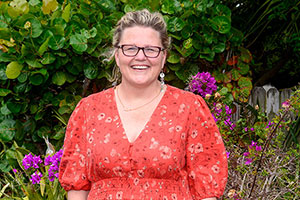 Birth of a midwife

When Cynda Kelley was growing up, she clearly remembers taking part in the delivery of baby animals on the her family’s 36-acre farm in Cordova, Maryland.

“I was born and raised on the Eastern Shore of Maryland,” she said. “It’s a huge agricultural state and a lot of people don’t know that.”

Kelley’s mother had just an eighth-grade education, but managed to become a physician’s assistant. Both parents worked hard to care for a son and four daughters, Kelley being the youngest. 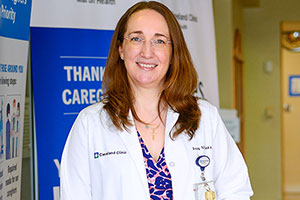 Whether she’s working as a nephrologist or as associate chief of staff for Cleveland Clinic Martin Health, Dr. Jean Vickers focuses on making patient care her No. 1 priority. Being a physician is a calling, she says, that she discovered later in life. It is a career where she wants to make an impact by improving the quality of patients’ lives.

“The difference is made with one physician and one patient,” she says. “You can make a lot of policy changes, big global decisions, but the difference is made in the exam room. There is a trust that develops when you have a relationship that I’m honored to be a part of. That’s why, regardless of what I do from an administrative perspective, at the end of the day, I have to go back into the exam room. My leading administrator refers to that as my happy place.” 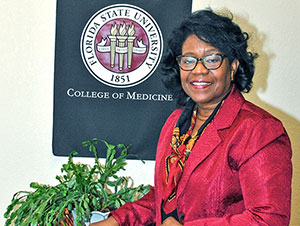 A condescending gynecologist and a compassionate minister are two people who influenced Dr. Juliette Lomax-Homier’s decision to become an obstetrician and gynecologist.

“I had a gynecological experience when I was a teenager and the doctor was very condescending,” Lomax-Homier said. “Right then and there I thought I could do better than him. Later, when I mentioned I might be interested in medicine, another doctor suggested I become a dietician. But it was my minister that encouraged me to aim even higher when I told him I was thinking about becoming a nurse. He said ‘You can do better – you can be a physician.’All of these comments had a profound impact on my life.” 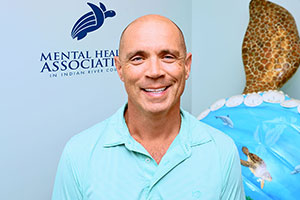 As a long-distance runner, psychologist Phil Cromer spends a lot of time thinking. He thinks about mental illness and the snowball effect it has in society. He thinks about the effects of recent isolation and quarantines. He thinks about ways to counsel those feeling the pressure and abnormality of the times.

And he even thinks about the tricks his own mind plays when he’s sleep deprived on a 100-mile trek. But, running gives him the balance and understanding to treat any number of mental illnesses he sees as the staff psychologist and chief clinical officer at the Mental Health Association in Indian River County. 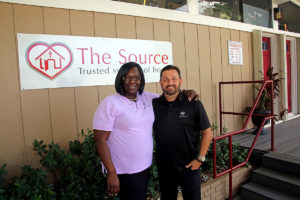 For people who are homeless in the tri-county area, there are a variety of places to receive immediate care for their physical and mental well-being. Non-profit organizations with hundreds of volunteers support efforts to provide medical treatment, mental health counseling and services that include meals, clothing and rides to doctors’ appointments. 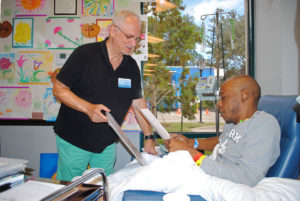 Cancer. The word alone sends chills up and down the spine. Images of sitting in a room for hours at a time, worrying about the outcome, run through the mind. It’s part of the treatment process, but it doesn’t have to be as miserable as some think. What if one could pass that time by creating a work of art or by listening to some cool jazz? It might just make the treatment a little more tolerable. 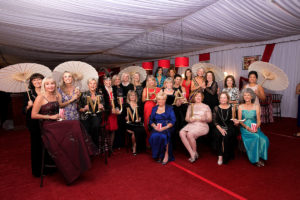 The Chrysanthemum Ball, or the Mum Ball as locals call it, is one of the premier fundraising events that kicks off the social season in Martin County. Attendees come dressed to the nines at the black tie affair, anticipating a top-notch soirée. And they’re never disappointed. For 25 years, the ball has been held at numerous venues, including elegant waterfront estates. Many events feature a special theme — stunning themes like Cirque du Soleil, Night in Spain, Pulse of the Future — leaving guests feeling surprised, wowed and delighted. And for all of their fun, patrons have raised millions of dollars to provide top quality medical services at Cleveland Clinic Martin Health, formerly known as Martin Memorial. 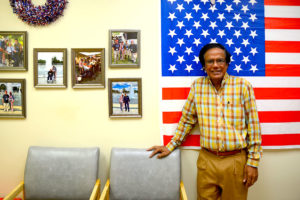 Originally from Delhi, India, where he studied medicine, a young Dr. Shamsher Singh moved to Brooklyn to complete his medical residency at the State University of New York Health Science Center. After four tough winters in the North, he made his way down to sunny Florida in 1980.

“One year, they counted only 29 sunny days for the whole year! There was not a dermatologist in Port Saint Lucie, so I decided to move my family down here and opened my office,” Singh says with a smile. “I’ve been in this current location off of Hillmoor Drive, next to St. Lucie Medical Center, for 36 years.” 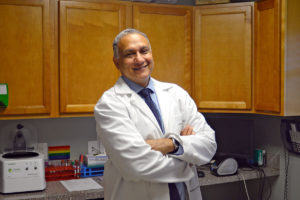 For Dr. Moti Ramgopal, being an infectious disease specialist is all about saving lives. He believes in improving the health of a community by taking care of it, one patient at a time. Driven by his altruism, a strong work ethic, and a lot of grit and compassion, he has been advancing infectious disease medicine for 20 years.

Ramgopal’s tireless devotion to providing quality medical care is a labor of love and has not gone unnoticed. He was awarded the Health Care Champion by Scripps Treasure Coast Newspapers; the Frist Humanitarian Award from HCA Hospitals; and the FSU Guardian of the Mission Award. 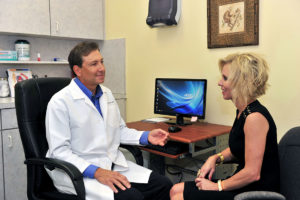 Dr. Gerald Pierone of Vero Beach had a front-row seat to one of history’s most critical epidemics in 1986.

It was the heart of New York City at Mount Sinai Hospital, and Pierone was completing an infectious disease fellowship when the AIDS epidemic exploded. As daily patient counts climbed, Pierone and his colleagues confronted an unprecedented disease with a stark mortality rate and an unrelenting ferocity. Nearly 95 percent of those infected were dead within two years. 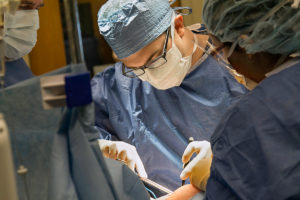 Look around in your community and you probably know someone who has battled breast cancer. It’s no surprise, as it is the second leading cause of cancer deaths among women. More diagnoses are being reported these days. But, the good news is that deaths from the disease are declining. Experts attribute the decrease to treatment advances, earlier detection through screening and increased awareness.

In honor of Breast Cancer Awareness Month, Indian River Magazine interviewed five people on the Treasure Coast who have fought breast cancer. Each story is different and special. If you are expecting to hear about individuals who have been defeated by unfortunate circumstances, think again. They are not only brave, they are healthy survivors. Their stories are full of hope, courage, perseverance and inspiration. 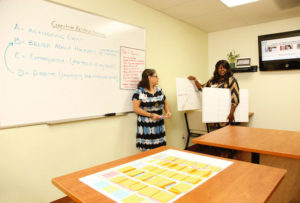 One step at a time

For families and patients struggling with the seemingly endless circle of inpatient and outpatient treatment for the many and varied forms of mental illness, a new program through St. Lucie Medical Center known as CARES (Compassion, Accountability, Respect, Enthusiasm and Support) will soon be able to help provide relief for those who are suffering.

Some patients have had difficulty with stepping down from the inpatient unit with its 24-hour care to meeting one hour a week with a therapist as outpatient follow-up. Many therapists began to think that more intermediary steps are needed to help their clients function in society. Thus, the idea of the intensive outpatient program was born.

While he makes life-and-death decisions daily in the emergency room, Parr is just as comfortable going down a death defying, rocky cliff on a mountain bike or freediving to spear big fish. He loves to surf big waves and when the wind is howling, Parr can often be found kiteboarding through the air off Martin County beaches.

For Alpana Desai, being an oncologist is more than just coming up with a treatment plan and guiding a patient through the ordeal of cancer. Vivacious, intelligent and witty, she is passionate about her career and the role that she plays in her patients’ survival.

“I want to make sure that everyone who is going through the process can be at peace, enjoy their life, and live in the moment,” she said. “Whether it’s an early stage tumor and they’re scared about doing the chemo — or not doing the chemo — and afterwards they’re always terrified that it will come back. Or the ones who are more advanced and we’re trying to give them as much time as we can. Empowering each person is what I feel most strongly about.”

As a boy in Cuba, Leonardo Mandina admired his grandfather’s horses. Little did he know after fleeing the communist rule of Fidel Castro in 1961, he would become a world-renowned breeder of magnificent Andalusian horses and the old-school family doctor for generations of Vero Beach residents.

A successful shop owner in Havana, Mandina’s father wanted no part of communist Cuba and he put the family on a plane to Miami with little more than the clothes on their backs. They were allowed to take a suitcase with no more than 77 pounds of clothes. “We arrived with nothing,” said Mandina, who was 8 when he left Cuba. “My mother and father worked in a factory. I worked all through high school and college. I never got a handout.” 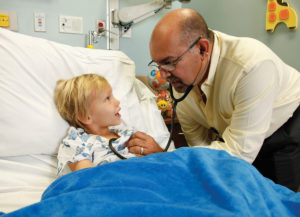 It was every mom’s nightmare. Harper Johansen, just 27 months old in July, raced across the room, slipped and went down with a crash, slamming her little head hard on the tile floor.

“At first she seemed all right,” her mother, Katie Johansen said. “We watched her for a while and then she seemed sleepy. But then she threw up, and we left for the pediatric emergency room at Lawnwood.” 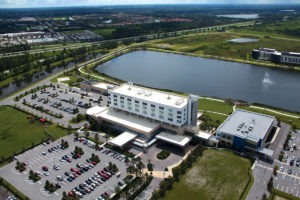 It took 12 years to win approval for Tradition Medical Center, but less than two years since its opening it is to be expanded in a $100 million project that will double capacity from 90 to 180 patient rooms.

After the western Port St. Lucie hospital exceeded its projections the first year, Martin Health System decided to expand by 170,000 square feet, going up three stories to top out at nine floors. During 2014, Tradition handled 5,200 admissions, 22,000 emergency room visits, 1,100 surgeries and 1,470 births. Since the hospital opened, its officials say the acute care facilities have been at full capacity two to three days a week.