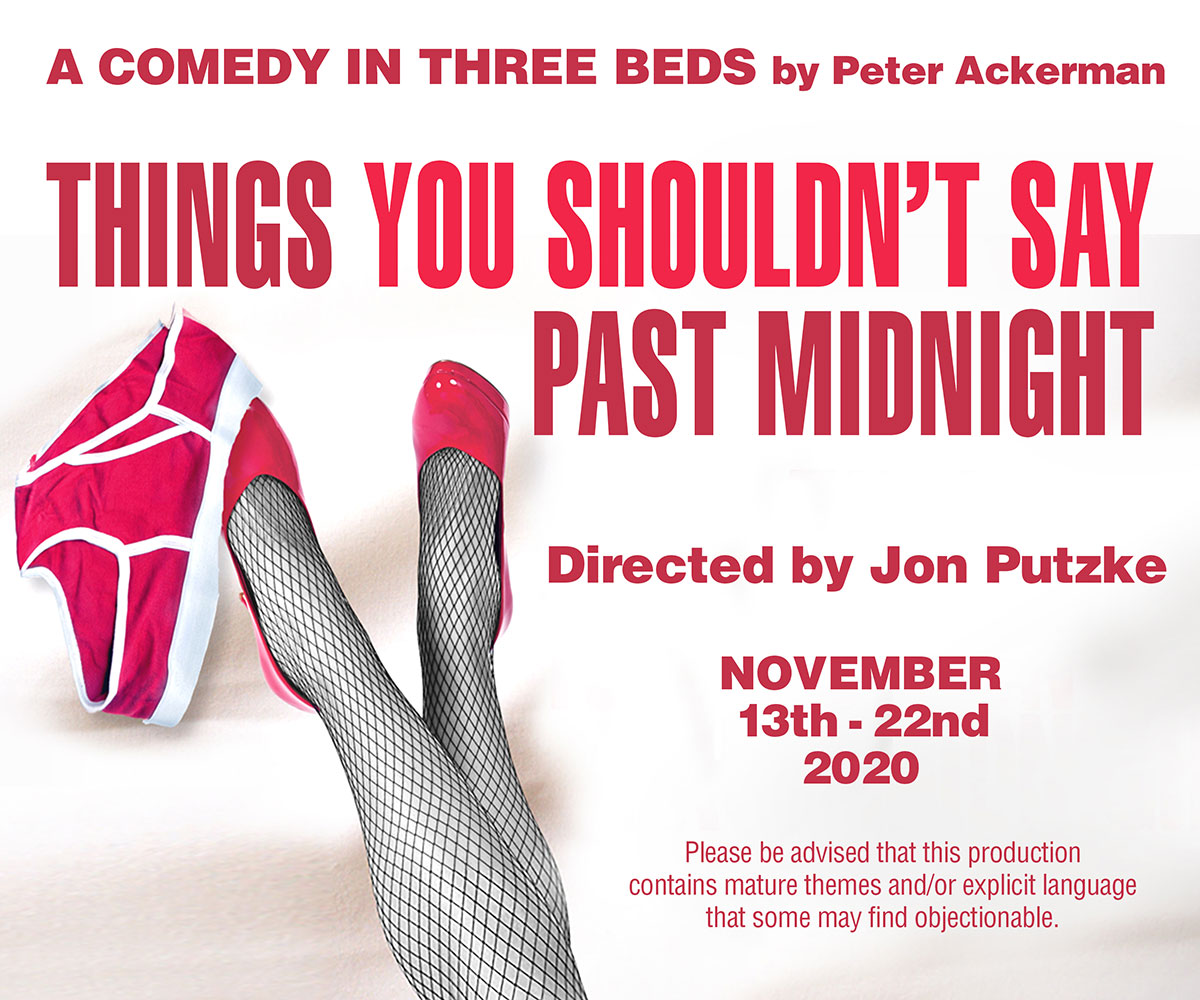 The Vero Beach Community Theatre now in its 63rd year will reopen open after an eight month intermission, having shut down on March 15 because of the coronavirus pandemic. The local theatre is bringing back the hilarious Apron Series romp “Things You Shouldn’t Say Past Midnight” opening on Friday, Nov. 13.

The New York Daily News described Peter Ackerman’s screwball bedroom farce as riotously funny with hilarious dialogue that just gets better and better as the lines fly by like rapid-fire artillery. Set in three different bedrooms in New York City, three pairs of lovers are trying to enjoy a night of romance. Tackling questions about sex and the proper balance between intellectual and physical attractions, “Things You Shouldn’t Say Past Midnight is a fast paced comedy about communication, honesty, identity and how we define — and talk about — ourselves.

During the eight month hiatus while the theatre was shut down, the Guild’s resident Design Director Jeff Hall led his volunteer scene shop crew in a much needed over-hauling of the theatre to meet with the challenges of making the theatre socially and CDC regulation safe. The seats were completely removed when old carpeting was torn out and when reinstalled the seating capacity is now more than 50% less than the building’s capacity. The center aisles were eliminated when the rows were reset six feet apart and when making reservations, the sale of tickets automatically will leave an empty seat between each party. The outdoor patio now has a permanent roof with ceiling fans and lighting as well as the lobby renovated to twice its size allowing easy traffic flow and avoiding lines when entering and exiting the theatre. Sanitizing stations are available at all times throughout the theatre and the Guild has increased the frequency of cleaning and sanitizing surfaces, restrooms and theatre seats during and after each performances. Masks will be required to enter the theatre and must be worn throughout the performance. Social distancing is to be practiced at all times.

Performances of “Things You Shouldn’t Say Past Midnight” are given on Friday evenings at 7:30 p.m. with matinees at 2 p.m. on Saturdays and Sundays Nov. 13 through Nov. 22. Tickets for the Apron Series production are $20 and the play is recommended for mature audiences only due to adult situations and language that some may find objectionable. 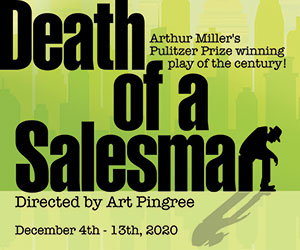 The Guild will close the 2019-20 Apron Series productions with Arthur Miller’s Pulitzer Prize winning classic “Death of a Salesman” under the direction of Art Pingree. The production runs weekends Dec. 4-13. The Apron Series are fully staged reader’s theatre productions presented with scripts in hand in front of the grand drape. Tickets are $20 and $15 for students under 18.

Tickets for the comedies are $30 with the musical being $35. As always, tickets for students 18 and under are half price for the main stage productions. The Guild now offers convenient money saving Flex Passes that allow patrons to save $25 and can be used to see four shows themselves, see two shows with a significant other or see one show and bring three significant others. Flex Passes allow patrons the option of saving money without having to make a commitment of show choice or dates of attendance 3 or 4 months ahead they wish to see. Complete details and reservations can be made by phoning the box office Mondays through Fridays 10 a.m. to 2 p.m. or by visiting the box office at 2020 San Juan Avenue. All previously purchased tickets prior to the pandemic shut down will be honored by the Guild and can be exchanged at the box office for any of the 14 shows the Guild is offering in both their 63rd and 64th season running Nov. 13, 2020 through May 22, 2022.